In 2010, an Australian woman experienced the fright of her life when her cherished cat, Mishka, escaped from her outdoor enclosure. Georgia Tsatsaris wouldn’t see her beloved pet again for the next ten years.

But just when Georgia had given up hope of ever seeing Mishka again, the Chadstone, Australia, resident received an unbelievable call. A construction worker had found a cat matching Mishka’s description hanging around a local project, and taken the animal to a local veterinarian. Staff had scanned the presumed stray for a microchip and discovered Georgia’s long-lost cat. 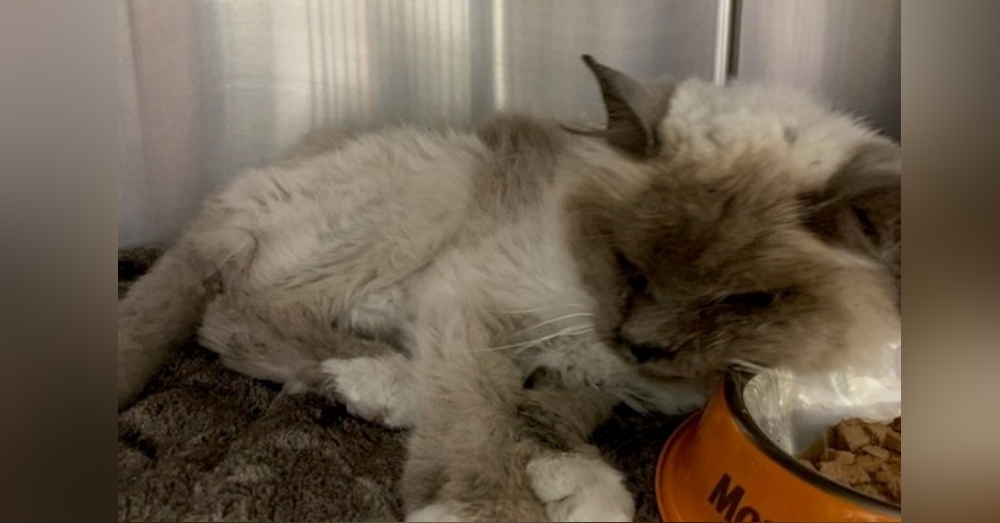 Sadly, Mishka hadn’t fared very well on her own, and Georgia was shocked by her pet’s emaciated appearance. The cat was also battling a severe upper respiratory infection, in addition to her extreme weight loss. “When I saw her looking so defeated and bony, I just broke down,” Georgia told the Herald Sun. “She doesn’t look anything like she used to and I couldn’t even pick her up, she was so emaciated.” 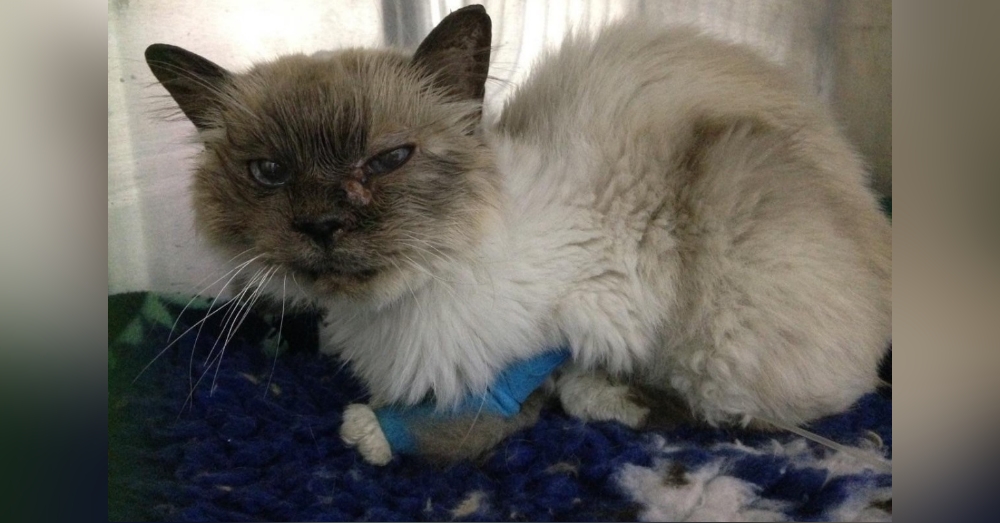 But Mishka immediately recognized Georgia, and seemed visibly relieved to see her long-lost owner. “I have no idea what she’s been through which breaks my heart but when I went to see her for the first time, I said her name and she let out a soft meow as she curled up to me and rubbed her face against my cheek,” the cat’s owner said.

Meanwhile, Georgia’s friends created a GoFundMe page to help cover Mishka’s medical bills, which were certain to be expensive. “She has been living on the streets for a very long time and now she requires 24-hour care to fight the infection and to gain weight to finally come back home, to live her remaining years in a warm, loving home,” the cat’s owner explained on a GoFundMe page created by a friend. 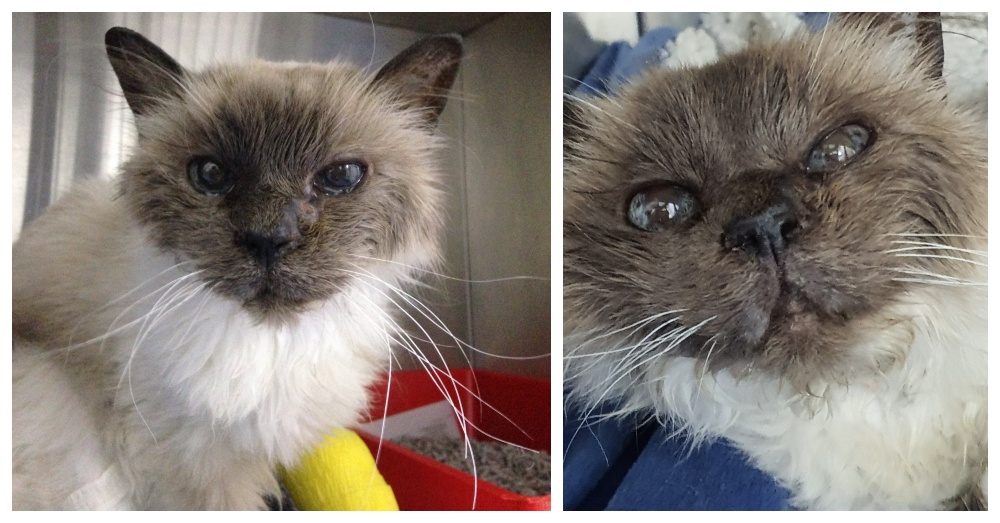 Fortunately, Mishka’s heartbreaking story resonated around the community, and it wasn’t long before Georgia had raised over $2700 for Mishka’s rehabilitation. “Hi everybody, I want to let you know we are touched by your generosity, kindness, and support,” Georgia’s friend, Helen Petsios, wrote on the page, explaining that they’d exceeded their fundraising goal in a matter of days. “We cannot thank you enough.”

Congratulations, Mishka! We’re so thrilled you’ve been reunited with your owner (and on your way back to good health) after all of these years.