Terrified Cat’s Head Was Stuck Under A Metal Door. Firefighters Work Fervently Together To Rescue Him

Elilda and Jose Martinez Bello discovered a cat whose head was stuck under a metal door, unable to get out on his own. They immediately went to the Chicago Fire Department to ask for help in getting the cat out.

One firefighter quickly arrived at the scene, and after checking out the cat, he knew they’d be able to get him out. He called for backup and told them to bring tools that would help them free this poor kitty. 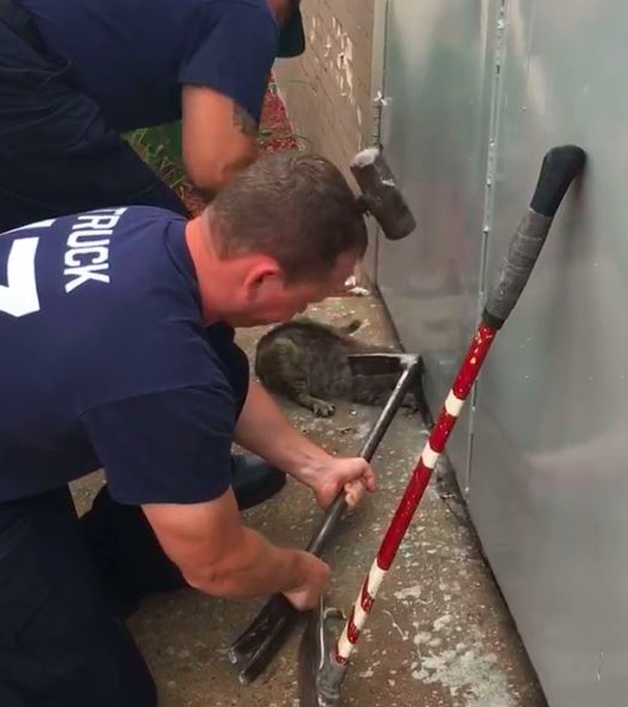 Six firefighters came to help. They all worked together, trying different ways and techniques to try and get the cat loose without hurting him. They began chipping away at the concrete while prying the bottom of the door, so that there was enough space for the cat to slip his head out from underneath it. But of course the rescue would prove to be difficult. But the firefighters were not going to give up. 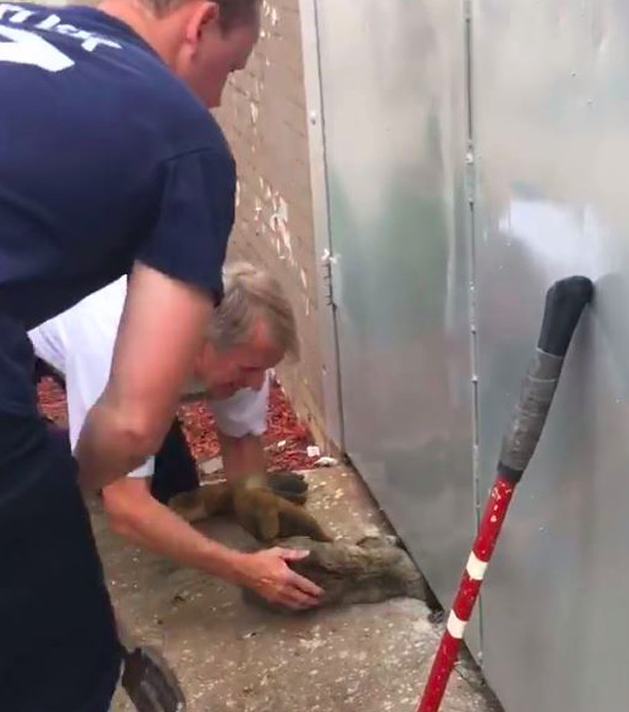 Nearly 25 minutes later, the firefighters finally pried enough for the cat to be able to get out from under the door. Once he was free, the cat ran off around the corner. He was probably scared, yet so relieved to be out from under there. It’s unknown how long he had been stuck for, but if it weren’t for these kind-hearted firefighters, and of course the coupe who alerted them, this cat would have died without having access to food or water. 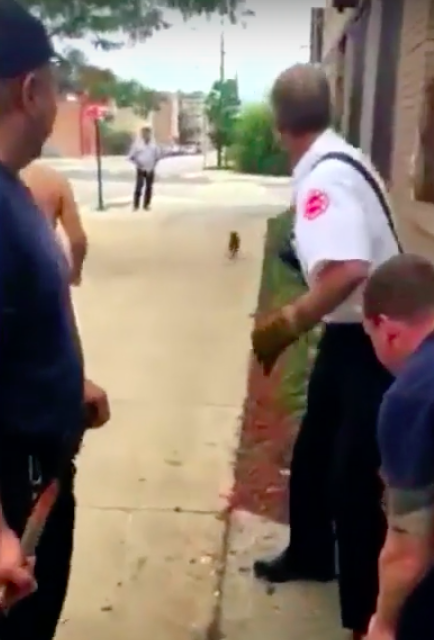 Watch the awesome rescue in the video below. My heart was beating so fast during the entire rescue!