By the time wildfires tore through her Washington state town, Christy Rieck and her husband, children, and most of her pets were safely out of harm’s way. But it wasn’t until the family was part-way through their evacuation that the Pine City woman realized one of their pets was missing.

Christy’s gray-and-white cat, Rebecca, must have slipped out to hide as the family frantically rushed to pack up their belongings. Indeed, the frightened kitten was still hiding inside the house as her family drove away, unaware that they were leaving their beloved pet directly in harm’s way. 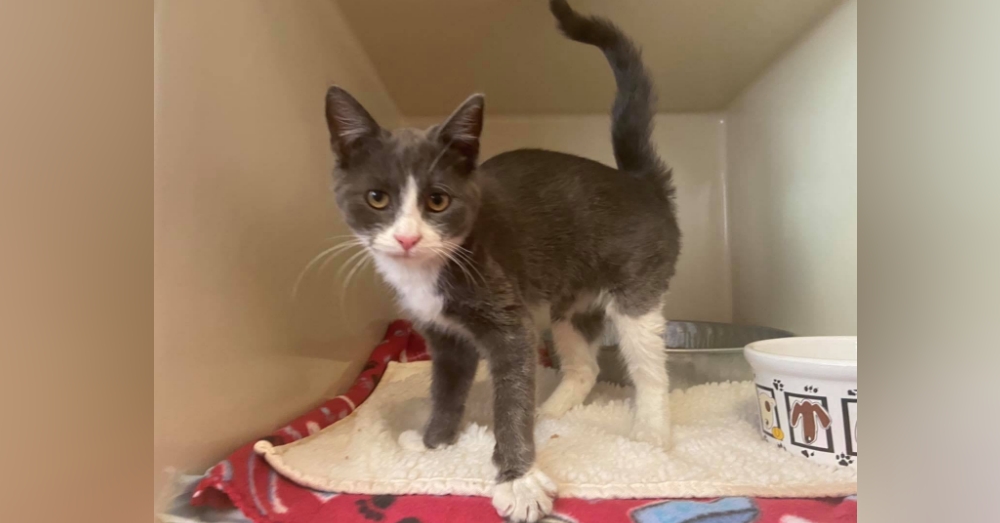 Fortunately, Christy’s was one of the only houses left standing after the wildfire plowed through Pine City, destroying most everything in its path. Of course, this left the little cat Rebecca with a different kind of problem. Who was going to feed and care for her now that everybody had fled?

A series of kind strangers would help rescue Rebecca and reunite the frightened cat with her owner after this terrifying ordeal. First a medic found Rebecca hiding in the garage and let the cat ride in his ambulance for 10 hours. Then somebody else apparently fed the hungry cat a cheeseburger. Rebecca finally ended up with a veterinarian, Dr. Andrea Edwards, who could tell this sweet girl was missing her owner and broadcast the cat’s location on Facebook.

“A good Sam brought in this little Malden fire survivor today, in miraculously good shape!” Edwards wrote. “We are looking for her owner, who we think is a woman named Chrissy. Chrissy, we have your kitten! Please contact us so we can reunite you!”

****UPDATE!!!!*****We found her mom! Our little survivor will be reunited with her family tomorrow! Thank you to…

Christy’s sister-in-law happened to see Edward’s post and reached out to her frantic relative, who was desperate for news of her missing pet. “[I was] just shocked because I never thought I’d see her,” Rieck told KREM2. “You know, I was so shocked and grateful and so happy.”

Congratulations, Rebecca and Christy! We’re so glad this cat has been rescued and reunited with her family.

Watch this emotional reunion in the video below!