Cat Perches On Handrail And Knocks Politely To Be Let In, Just Like A Human

Sheekilah Jones was waiting for the bus when she heard a strange noise. It sounded like someone knocking on a door, she told the Dodo.

A few feet away, Jones spied a black cat. Could this be the culprit?

The cat then extended its paw up to the door, grabbed the metal knocker, and made sure everyone inside knew it had arrived.
It wanted to be let in.

“I genuinely couldn’t believe what I was seeing,” Jones said. 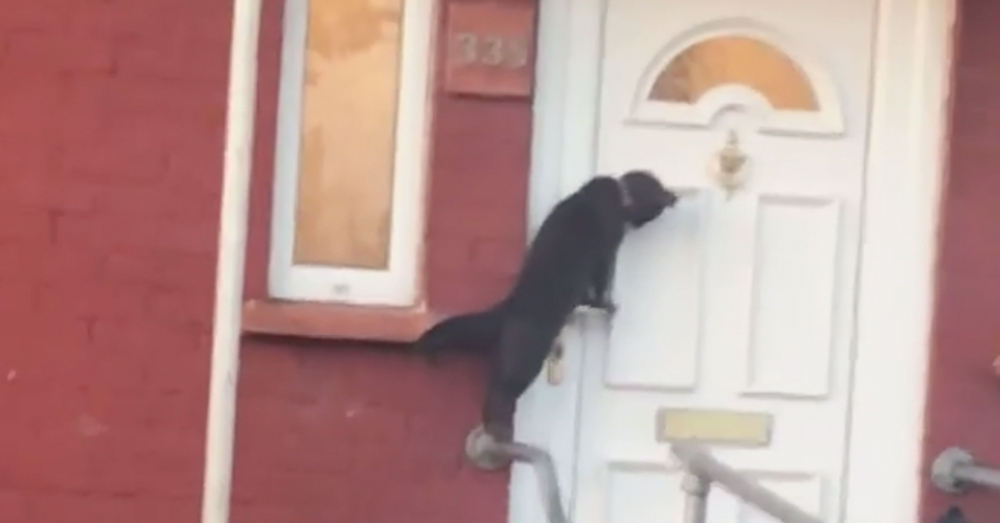 Jones recorded the ingenious cat with her phone. She hoped to see the conclusion of this otherwise tall tale, would the cat be let in? Tragically, her bus arrived before any sign of life within the house.

“I was tempted to go and knock a bit harder for him, but then my bus came,” she said. “So at that point I got on the bus, still in shock.” 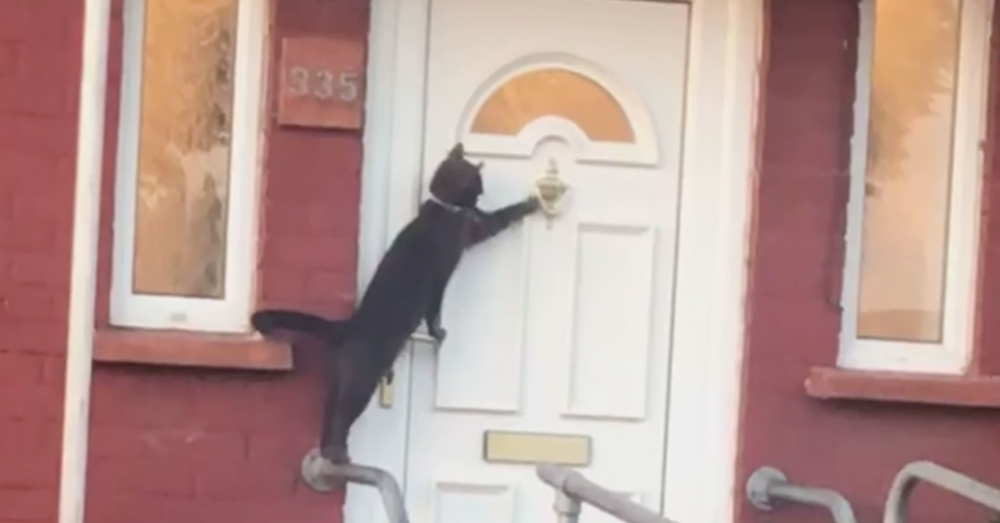 Source: Facebook/Sheekilah Jones
The cat reached for the door knocker, and waited politely to be let in.

Jones’ video has been shared more than 20 million times. The creative cat likely has no idea, but long as its human answers the door, does it really care?

Watch this hilarious video below.