There is never a dull moment when you have cats. Their curiosity gets them into all sorts of entertaining situations. While some cats may not willingly participate in trick training, they seem to teach themselves tricks that blow our minds.

Sheekilah Jones was waiting for the bus to take her to work when she heard a knocking sound. She looked around to see where it was coming from, and was shocked when she spotted a black cat standing on a handrail in front of a house. 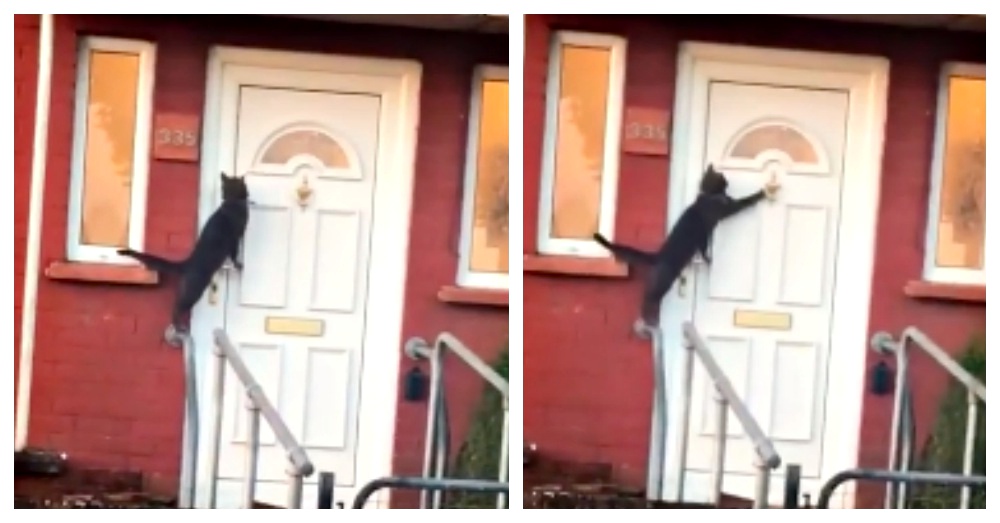 She watched on to see the cat stretch up and knock on the door using the door knocker, just like a person would do. The cat batted at the knocker a few times and then waited patiently for someone to answer. The feline rested its front paws on the door handle and listened for footsteps.

Jones was in shock and told the Dodo, “I genuinely couldn’t believe what I was seeing.” 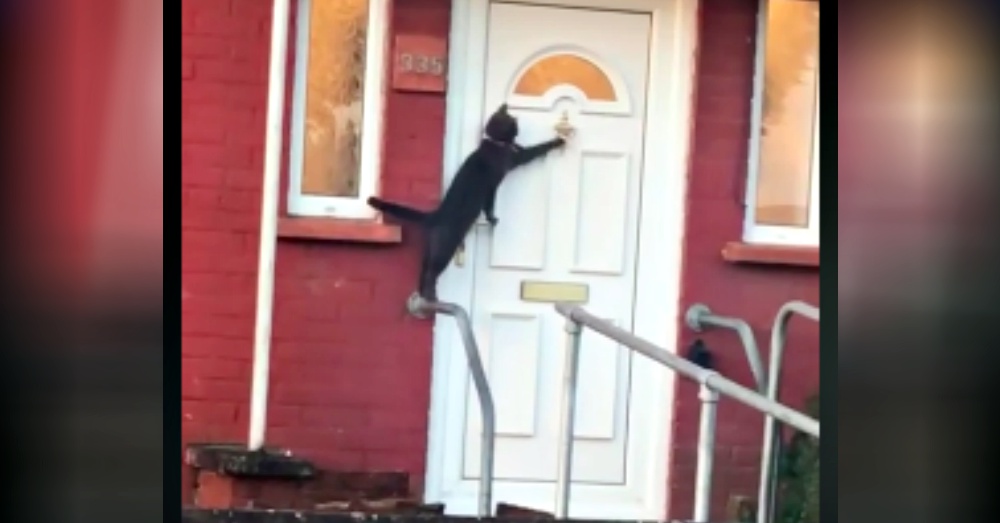 Typically, cats will bat or meow at the door to be let in but this cat has stepped up its game. The bus arrived and Jones needed to get to work, so she never saw if the cat was let in.

Thankfully, she had her phone in hand and recorded the incident to show others what she witnessed. Since posting the video to Facebook, it has gone viral with over 17M views. 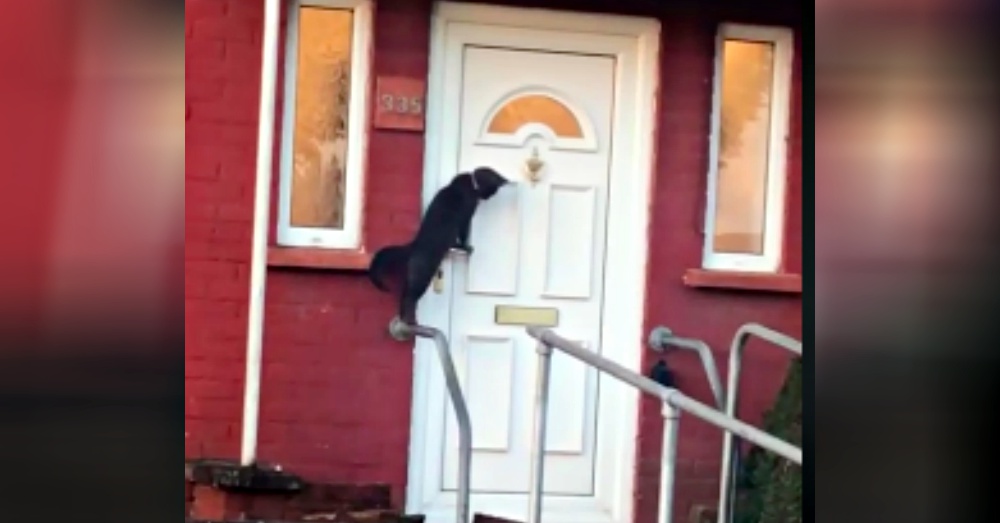 One person commented, “That’s why I love cats! They are smart.” Another joked, “When you sneak out late and come back home and the doors locked.”

Watch the unbelievable moment in the video below and be sure to share with all your friends.