Chicago firefighters arrived to battle a fire at an apartment building when they witnessed something unbelievable.

A fifth-floor apartment was engulfed in flames and as smoke billowed out one of the windows, a cat suddenly appeared.

After looking around for a few moments, the black feline jumped from the fifth-floor window. 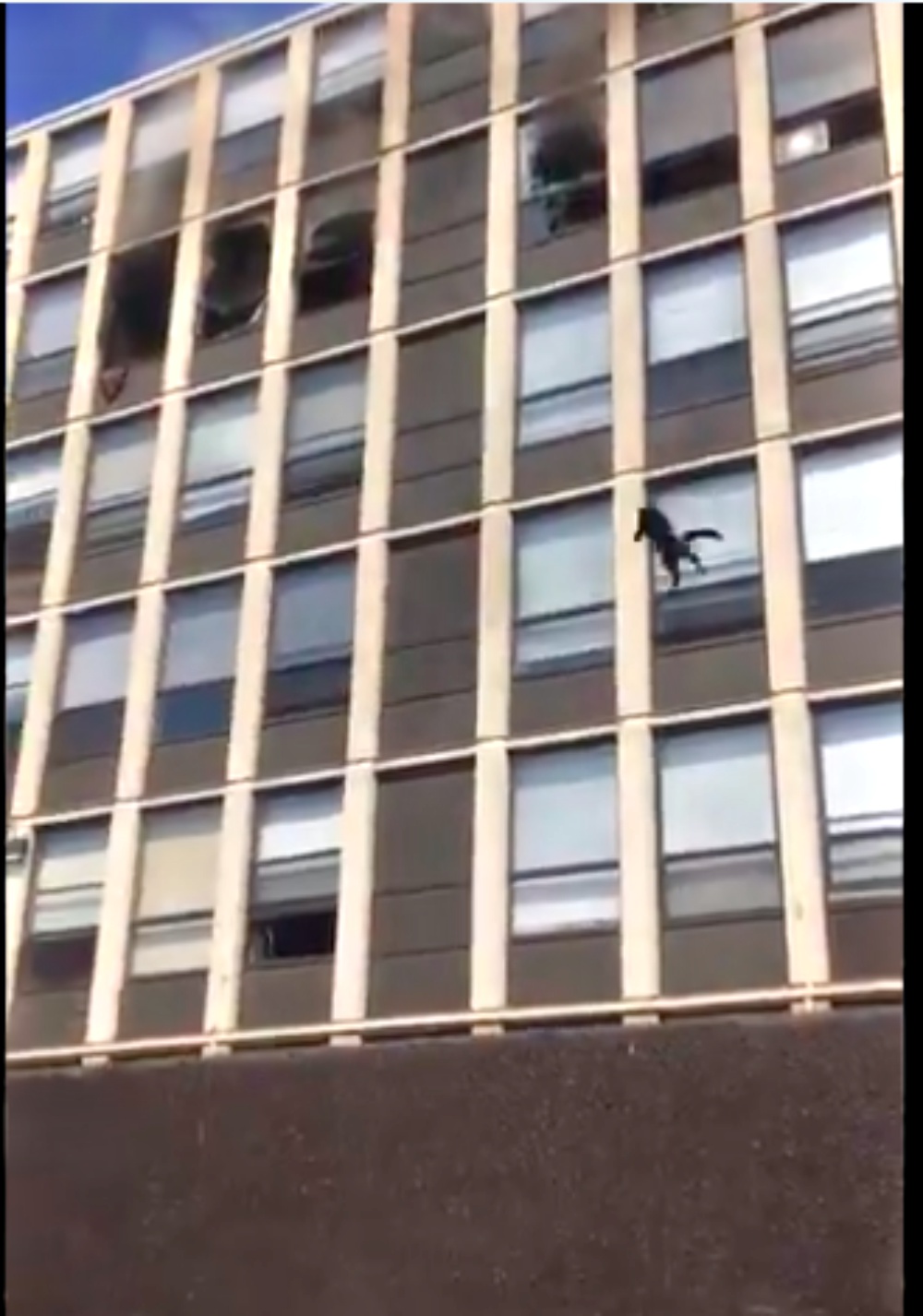 Onlookers couldn’t believe their eyes and held their breath in anticipation.

The cat narrowly missed a concrete wall but landed on her feet. She bounced once on the grass before strolling away unharmed. 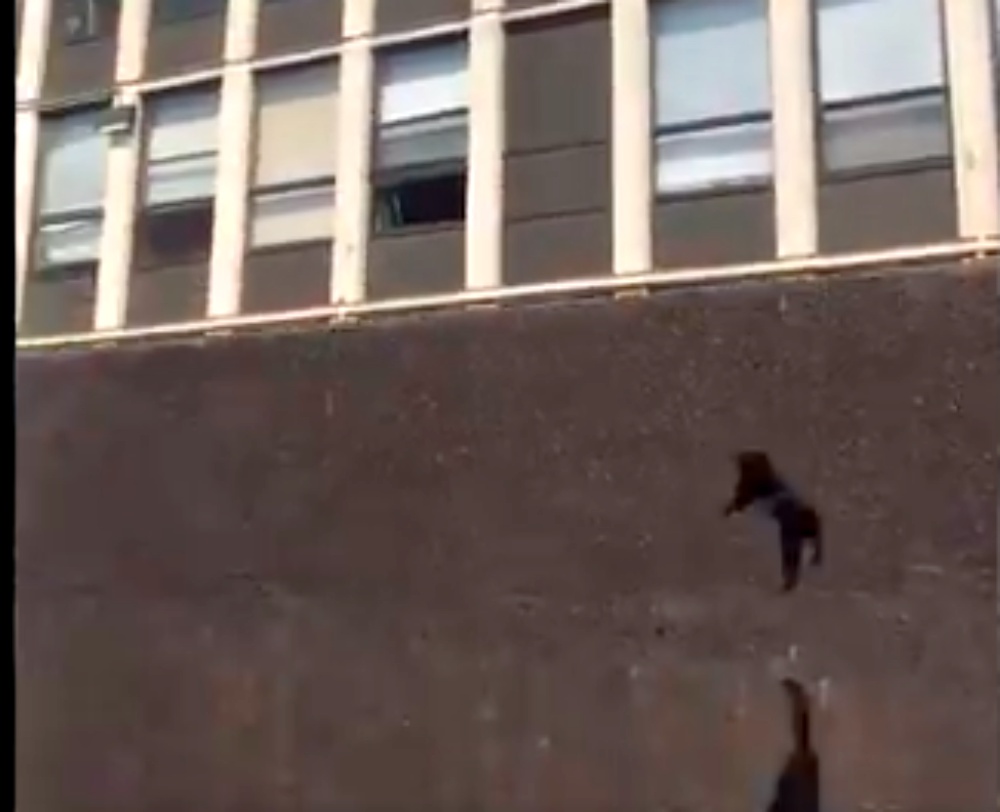 Chicago Fire Department shared the incredible footage on Twitter with the caption, “Nine lives for a cat that jumped from fire at 65th and Lowe.”

Chicago Fire Department spokesman Larry Langford said, “It went under my car and hid until she felt better after a couple of minutes and came out and tried to scale the wall to get back in.” 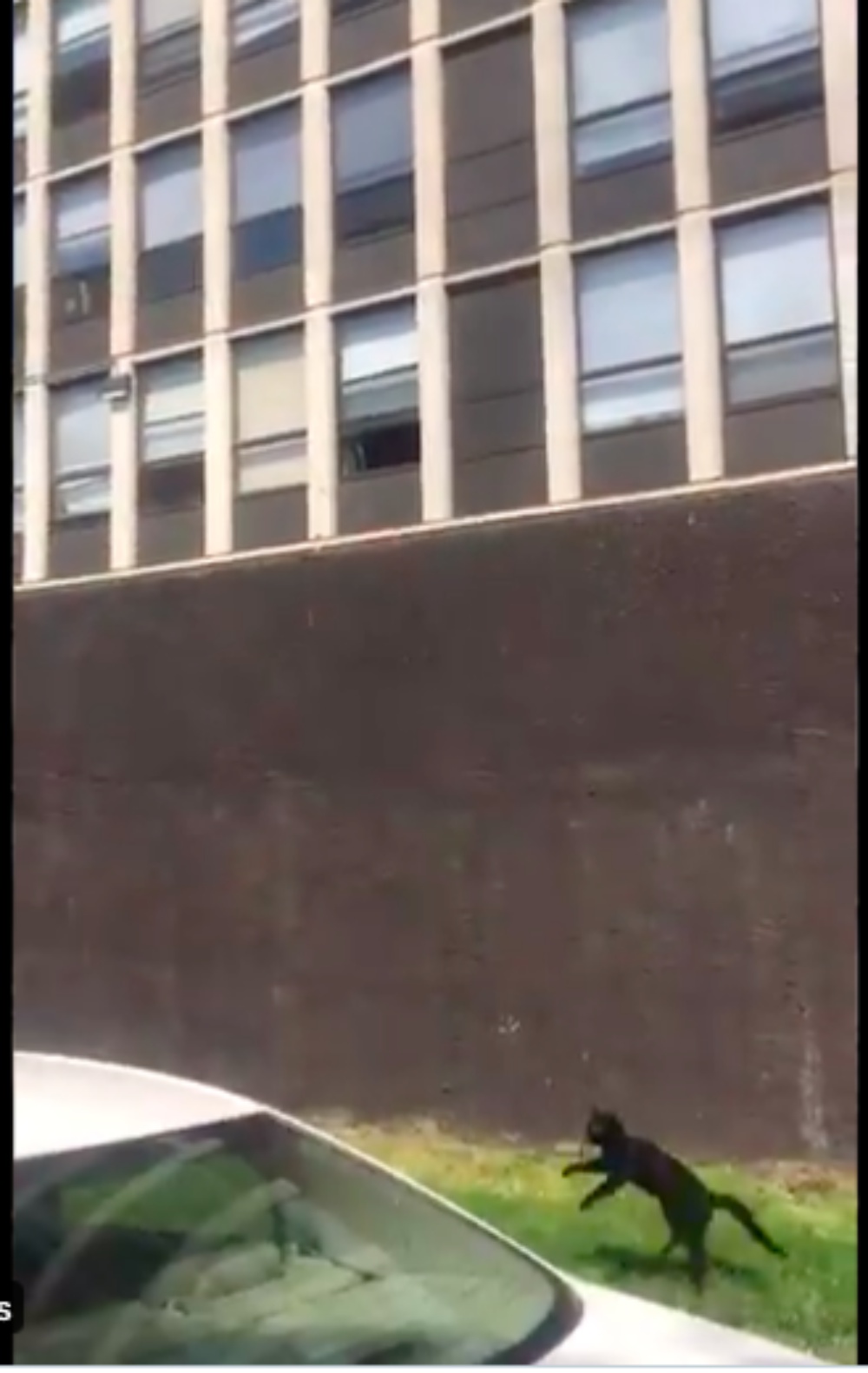 The fire was contained to a single unit and extinguished. Thankfully, no one was harmed. Firefighters are attempting to find the cat’s owner.

Cats are able to land on their feet from a fall due to the righting reflex. “His body reflexively corrects its course so that by the time he arrives on the ground, his feet are in position to hit first,” explains Animal Planet.

But not all cats walk away from a fall unharmed. Crazy as it sounds, cats that fall from greater heights sustain less injuries.

“Veterinarians treating the broken legs and other injuries of cats that survive falls from high-rise apartments noticed that the cats who fell from greater heights, such as more than five stories, often suffered less severe injuries than those falling from just a few floors because the longer drop gave the cats’ bodies more time to right themselves.”

Watch as the cat makes the death-defying leap in the video below. Don’t forget to share it with your friends and family.

Nine lives for a cat that jumped from fire at 65th and Lowe. Cat hit grass bounced and walked away! pic.twitter.com/LRBsjMta2Z