Even the infinite patience of a Buddhist monk can be pushed to its limits. As evidenced by a video recorded on New Year’s Eve at the Wat Udomrangsi Buddhist temple in Bangkok, Thailand, all it takes is a persistent cat.

In the video, the monk tries to shoo the cat away gently while it stands on his right leg and kneads his shoulder. Rather, the cat crosses over the monk’s prayer book as it switches to his left leg and continues the own quest for enlightenment.

Eventually giving into the cat’s persistence, the monk begins petting the animal. A few scratches later, the cat reaches nirvana. 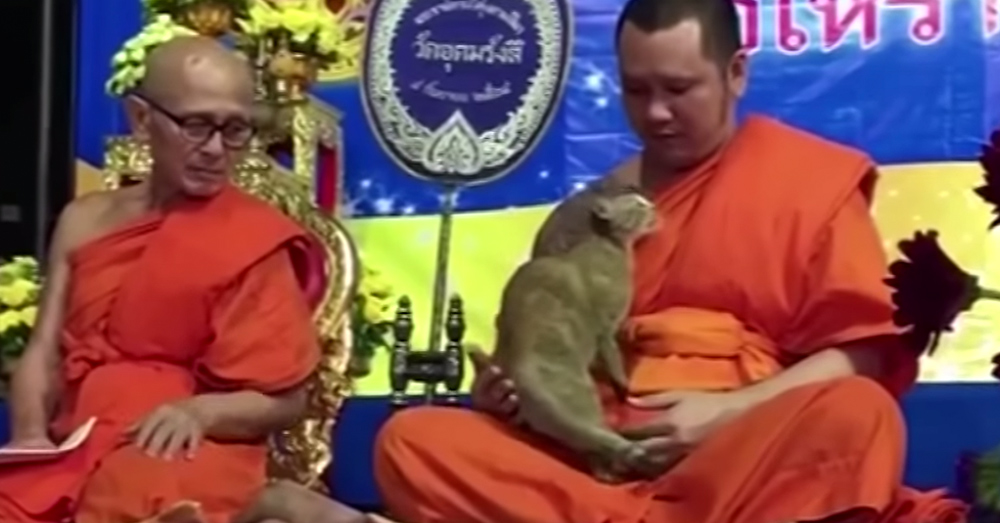 Source: YouTube/The Straits Times
The cat jumped on stage as the monks were praying on New Year’s Eve.

“I was trying to read the book. But I was more focused on the cat,” the monk, who uses the monastic name Luang Pi Komkrit Taechachoto, told Reuters.

Seated next to the young monk, a temple elder seemed less than pleased with the friendly feline, which jumped on stage about 15 minutes before midnight and lingered until after the crowd counted down to the new year. 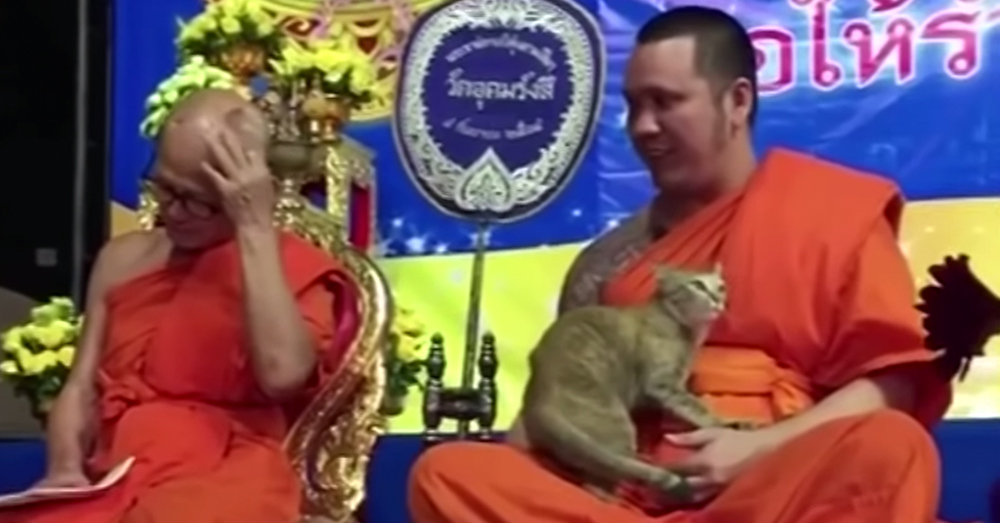 Source: YouTube/The Straits Times
The monk was left with no choice but to pet his furry new friend.

Nophayong Sookphan, who recorded the video, posted it to Facebook where it soon went viral. According to Reuters, the original video has attracted hundreds of thousands of views and has been played on Thai TV.

Watch the video below to see how far this forward feline will go to get some attention.

In a country where 95% of the population practices Buddhism and compassion for all animals, there are unquestionably some happy cats, but there are also many living on the streets. According to the Bangkok Post, there were 350,000 stray dogs and cats in Thailand in 2007. By 2017, there were more than 860,000.

Free-roaming cats like those in the video are often found around Buddhist temples where they are fed, perhaps a little too much.

Hear This Dog Sing Along To Saxophone With Perfect Pitch, Killer Vibrato: Click “Next” below!