Couple Stopped At The Airport After Accidentally Packing Their Cat

A couple was on their way to New York City when they were stopped by airport security. They were then informed that their cat had climbed into the hand luggage they were carrying onto the plane.

Candy, the cat took Nick and Voirrey Coole by surprised when she climbed out of the suitcase. They were on their way to New York to celebrate their 40th birthdays. 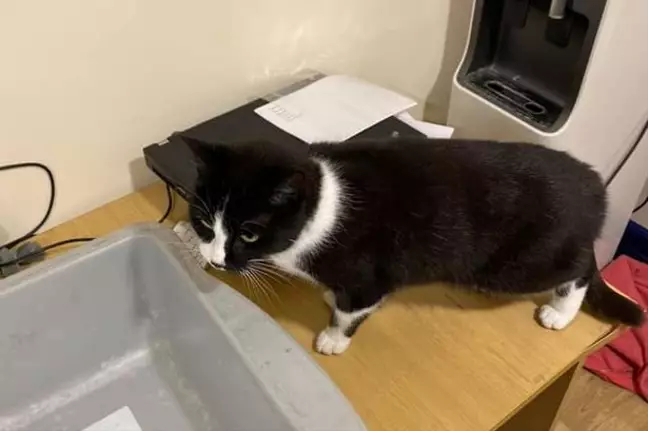 The couple was on their way through security and were taken to a side room and asked about what was found. The airport staff then worked to bring the cat to them.

Nick, who is from the Isle of Man told the Manchester Evening News that Candy is very curious and is always looking to hide inside of tight places, such as boxes and bags.

He explained: “Our hand luggage didn’t have much in so we could bring shopping home. But Candy, our cat, found a way in and off to the airport we all went.

“Airport security were all very puzzled and repeatedly asked if the bag was ours after it had been through the scanner.” 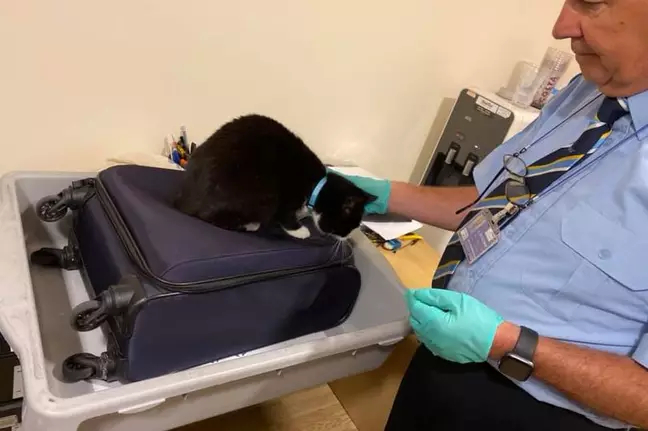 Nick decided to post about it on Facebook: “You know that feeling when you get ushered into a side room at airport security because you’ve got a cat in your hand luggage?”

He continued: “Candy decided to sneak into our handbag, thanks Barry and Lorna for picking her up so we can head off on our holiday. Fair play to airport security for helping to get her home so we could catch our flight.”

The couple said that the airport staff eventually realized it was an actual mistake and everyone had a good laugh. The airport staff, which Nick is calling ‘awesome’ helped to ensure that Candy was picked up by friends so Nick and Voirrey could continue their flight to the states. 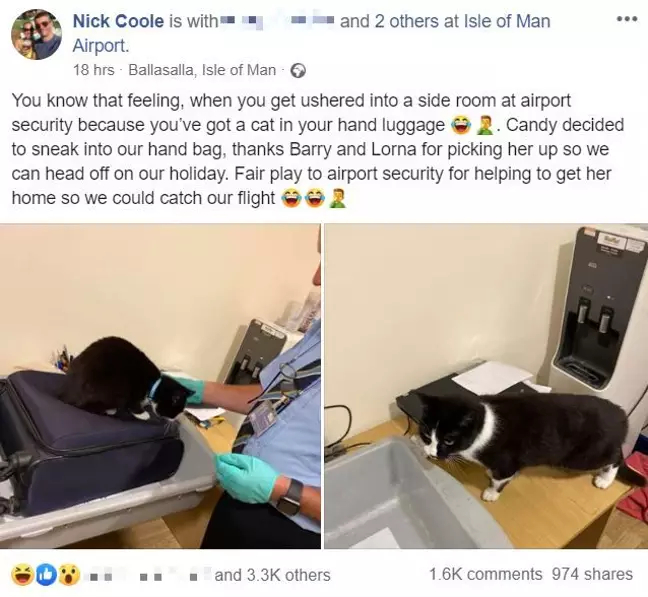 Since being posted, the story has had some 1000 shares in over 3000 reactions.

One wrote: “The cat looks so determined to crash the vacay, tho.” Another compared Candy to their own cat, saying: “Thyme gets in every time [we] pack to go somewhere and this is a legitimate fear of mine.”

A third commented: “To be honest, I surprised this hasn’t happened to me yet.”

Maybe Candy will make it next time.