This Rescued Cat Is Best Friends With A Dog, And We Can’t Get Enough Of Their Adorable Friendship

A woman was walking her dogs when she heard a baby kitten crying. “We tried calling for her but could not find her in the thick layer of trees out behind our farm,” Morgan told Love Meow.

Morgan, who already owned five cats and dogs, dispatched one of her older pets to investigate. “We took one of our big cats out to where she was crying, and he sniffed her right out,” the animal lover recalled. “She was in a little tree stump.” 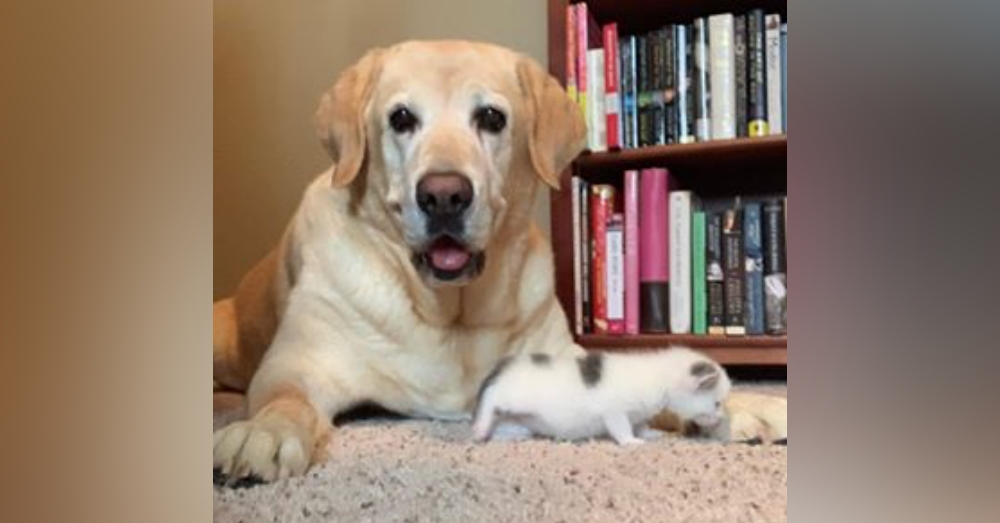 At first, Morgan hesitated to move the tiny creature, whose mother might already be on the way. But as darkness closed in, she knew she had to bring the kitten inside for her own safety. “When it got dark we got nervous about her because we live on a farm where foxes come around a lot,” Morgan said. “So I went out and brought her inside. She couldn’t see a thing and was covered in fleas.”

Back at the house, Morgan and her partner gave the kitten what appeared to be her first bath, picked the fleas from her fur, and named the baby feline Polly. But the kitten continued crying. She was very scared and probably missed her mother. 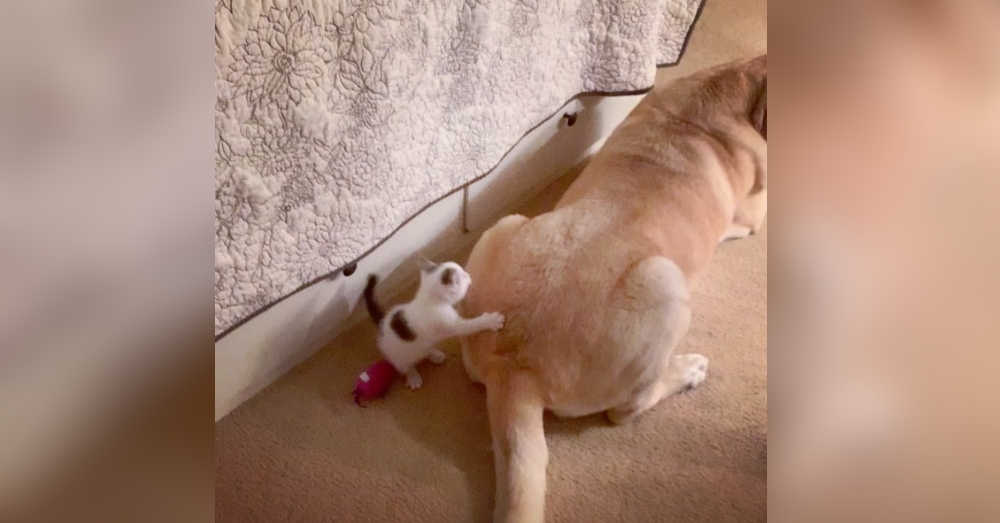 The commotion drove Pax, Morgan’s gentle 12-year-old dog, to come see what all the fuss was about. When Pax saw Polly, he immediately started comforting the frightened kitten. Polly, in turn, quickly stopped crying, started nuzzling the dog, curled up beside him, and then promptly fell asleep.

Ever since that first encounter, Polly and Pax have been joined at the hip. For the next several weeks, Pax would patiently wait as Morgan bottle-fed Polly – then jump up to groom the kitten as soon as the meal was finished.

“Before she could bathe herself, Pax would clean all the bottle milk off her,” Morgan recalled. “He has taught her so many dog things, including an off barking noise she makes.” 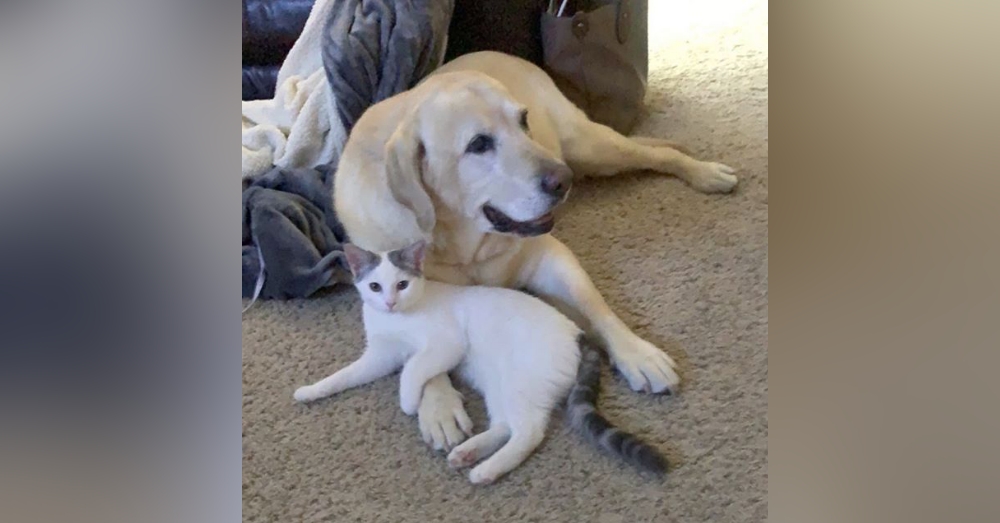 Polly and Pax have only grown closer, despite their dramatic difference in size and age.

Polly – who has grown into a beautiful cat – still follows her favorite senior around the house. Meanwhile, the now 13-year-old dog has nothing but patience for the cat’s playful antics, which include regular playtime and an ongoing obsession with his tail.

“They sleep together and play with the same toys,” says Morgan. “She loves to race at the speed of light and pole vault off him.” 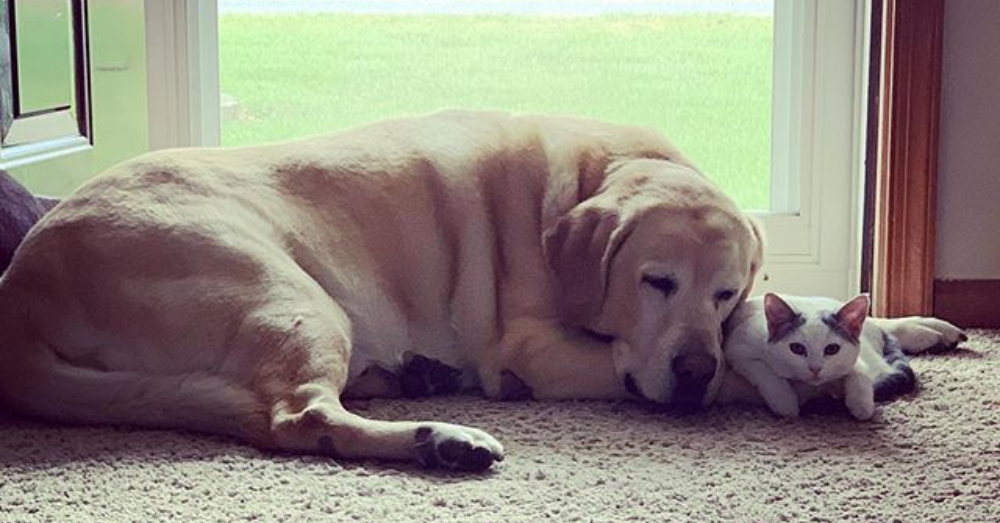 Morgan still marvels at how this rescued, flea-bitten kitten found alone in a tree stump has grown up to become Pax’s best friend. Their incredible bond just shows that love and friendship comes in all forms!

Watch Polly and Pax’s incredible bond in the video below!