It’s nice to have a friend, especially when you feel cold and hopeless. Humans aren’t the only ones who wish to have a friend through the ups and downs — animals love to have one, too. Lost and homeless animals usually spend the saddest moments outdoors. Days could get cold and lonely for them — waiting for the day a generous human would take them home. Sometimes the animal may build an unexpected friendship, however. Even a dog and cat could get along when going through a similar hardship. 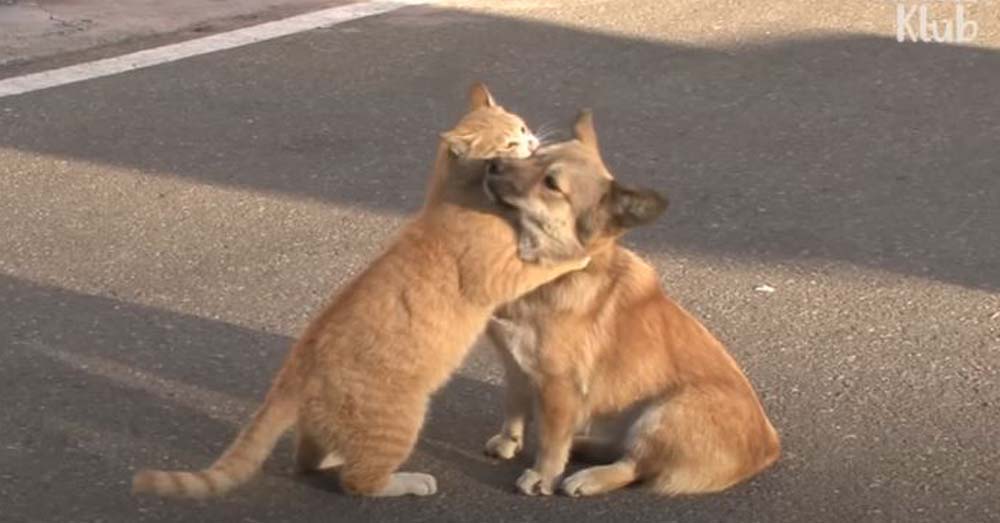 Apartment Building Unit 103 has witnessed a story between a homeless dog and a cat. Residents would see the two of them lingering around the building and returning to one spot in front of the entrance. The dog seems to be waiting for his previous family, while the cat accompanies him. The cat would immediately walk away when a resident would pass by or approach them. Since the residents were used to their presence, they sometimes offered help. One resident even built a house in front of the building where the animals could eat. A blanket was even provided on their spot since it was cold outside. 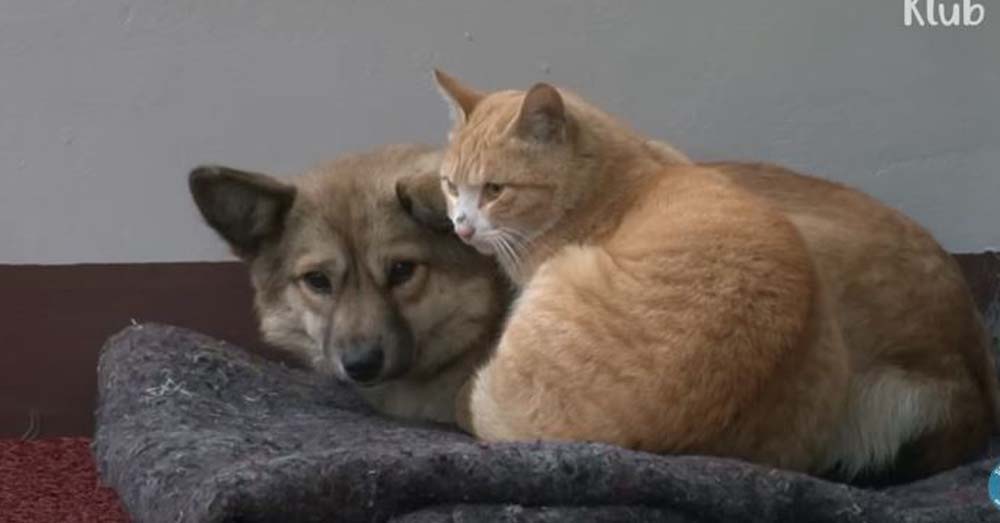 The cat and dog kept each other warm — they were indeed inseparable. Perhaps they care for each other because they are in the same situation. Even when the cat seemed aloof from humans, it remained beside the dog. As the story continues, it is revealed why both of them had an attachment to the apartment entrance. You might also notice that the dog looks into their face each time a person passes by. It’s as if it is searching for an old friend.

According to the apartment manager, both fur babies were abandoned by a former resident. A resident explained, “Two seniors raised them and left them here, as they had to leave to the senior care center.” Pets weren’t allowed inside the establishment, leaving them with no choice but to abandon their dog and cat. It was heartbreaking to see the dog fervently waiting for someone who would never return. The dog’s routine went on for six months, and the cat would check on him occasionally. 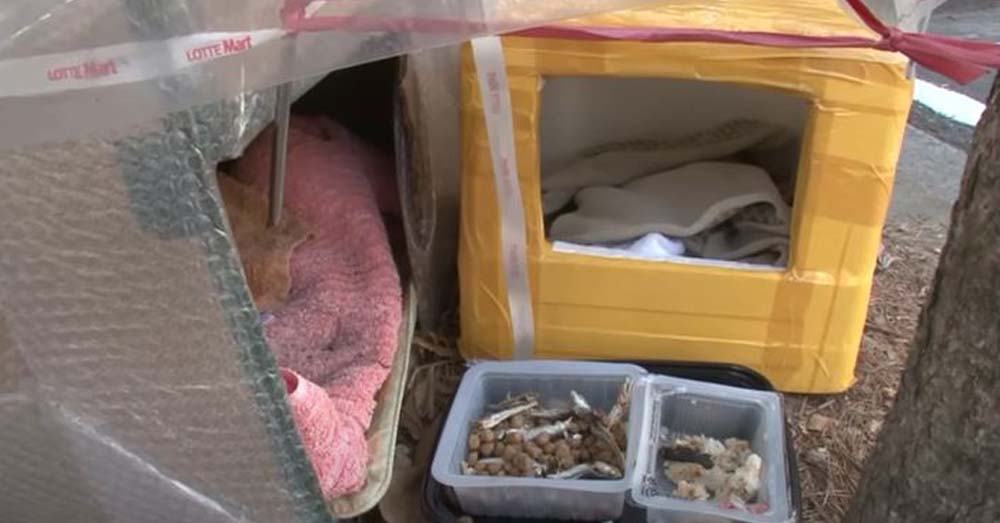 Residents also mentioned that the two would hug each other — as if giving each other assurance that warmer days would come. Although apartment tenants couldn’t adopt them, they showed care and support in their own ways. Everyone grew scared for the cat and dog’s future, so they consulted a rescue team to give them brighter hope. Apartment residents also helped safely take the animals to the shelter during the operation. 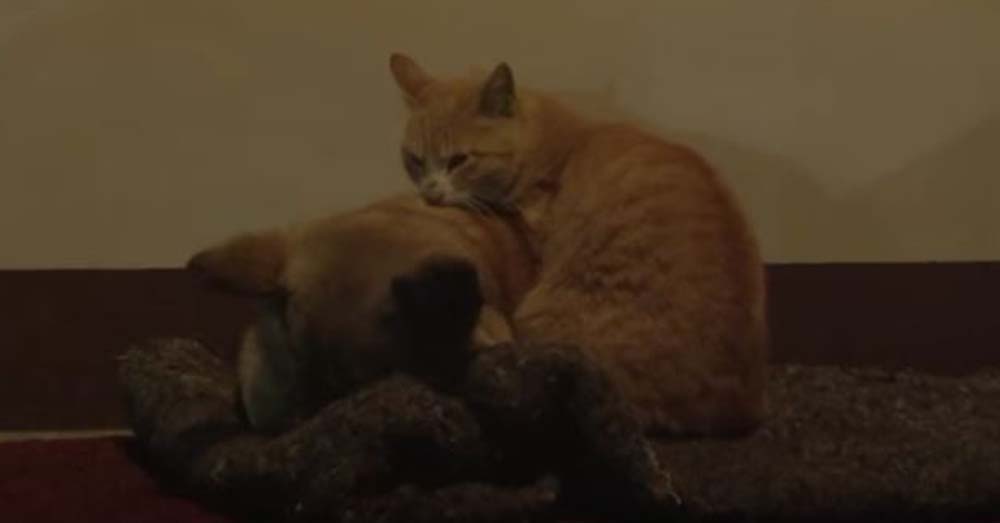 Sadly, the cat was the first to be caught, and the dog did not show up around the building for a while after that. They tried several methods to capture the dog and even used the cat as bait, and it took a whole rescue team and more residents to catch him. After the rescue operation, a tenant expressed her wish that both may have a family that genuinely loves animals. Thankfully, the cat and dog were in good health when they were given health checkups — making them suitable for adoption.

Internet users were touched by the story and expressed their worry that the two might have been separated. Their friendship was indeed inspiring, and it’ll be heartbreaking if they ended up in different families. They touched the hearts of the building residents and every viewer of the Youtube video. Lots of people wished that both animals were now in the care of a loving family. Hopefully, warmer days have come in their lives — receiving the care they experienced from one another during those tough times.