If there is one thing that the current coronavirus pandemic has taught us, is that people have an overwhelming fear of facing Armageddon without enough toilet paper. Everywhere you go, toilet paper supplies have been very scarce. So, if you have a toilet paper stash, you’re doing pretty well in life at the moment.

One woman in Australia ended up sharing a very tragic story: her cats destroyed her toilet paper. Kylie Duffield is the owner of kitty sisters, Eleanor and Tahani. The two felines were originally taken in by the Australian rescue Tiny Tails Rescue after they were abandoned by their previous family who’d moved away. That is where the two cats came to end up with Kylie, who had initially taken them in as fosters. However, they quickly became her foster fails after she realized that there was no way that she could bear to see them go. 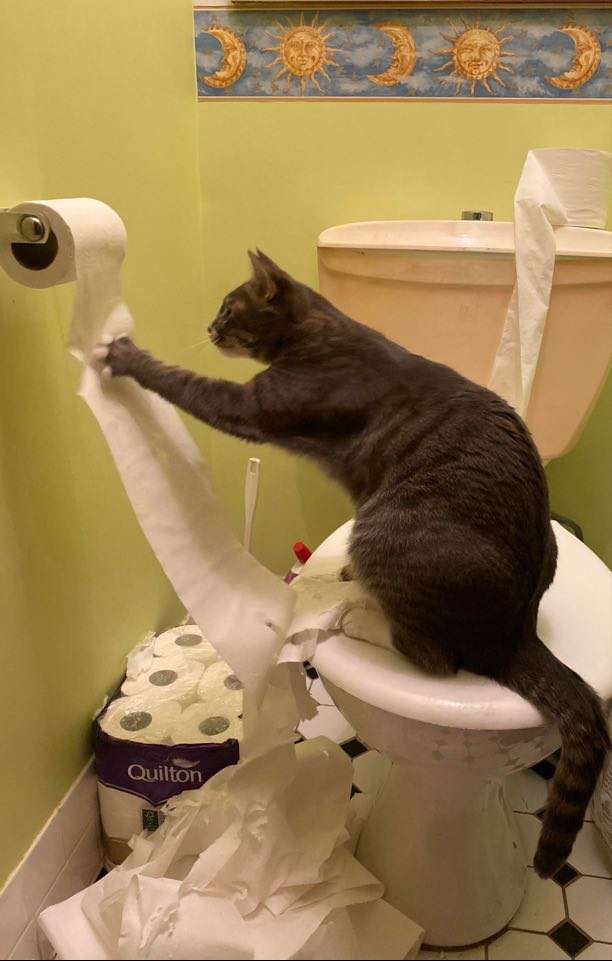 Kylie’s baby, Eleanor, is the more mischievous of the pair, so she’s constantly getting into trouble – typical cat behavior of doing things they’re not supposed to be doing.

As Kylie admitted to The Dodo, “Eleanor will destroy everything, loves pulling her collar off and chewing it up … but toilet paper is her real thing.” 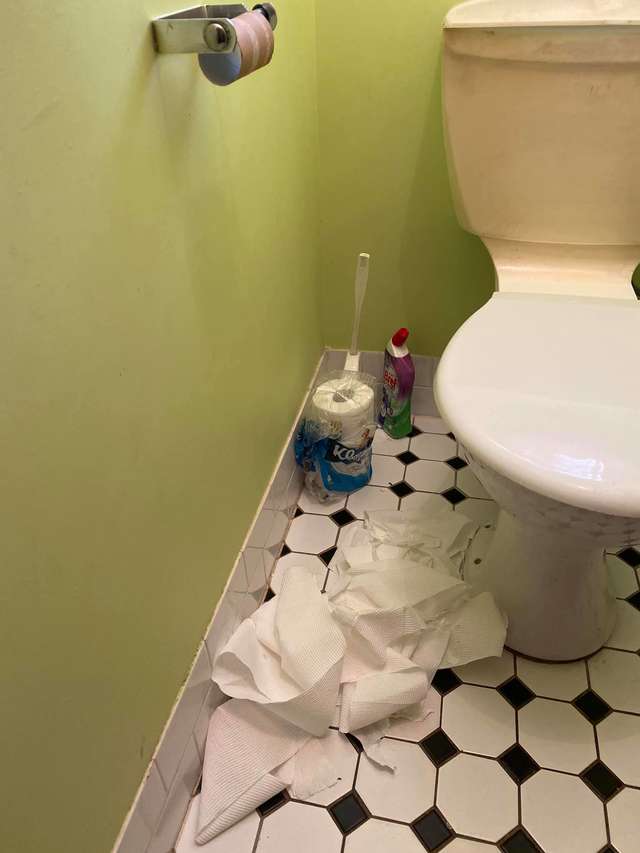 For whatever reason, Eleanor loves to play with toilet paper, destroying it any chance that she gets. While normally that wouldn’t be an issue, given the current global climate, toilet paper has become a very precious commodity.

But since Eleanor is a cat, she has no concept of current affairs. All she knows is that she loves destroying toilet paper, and nothing is going to get in her way of pursuing her passion – not even her owner’s best efforts to stop the destruction.

Kylie admitted, “I have to make sure I shut the door tight and I’ve never had a cat do this so I do forget on occasion.”

While Eleanor’s penchant for destroying toilet paper is undoubtedly adorable, the rest of us can’t help but keep our fingers crossed for Kylie that she is able to keep up with her cat’s bad habit before the family runs out.

As Kylie stated, “I’ve got a spare six-pack at the moment but the shops are cleaned out every time I go so I’m trying to keep her out but she’s sneaky and cheeky.”