Demanding Cat Whines Until He Gets Midnight Snack In Viral Video

Have you ever wondered where the phrase “midnight snack” comes from? Well, it may have all started with cats.

Cats are nocturnal, as you know, so it’s perfectly normal for them to be eating at midnight, but a two-year-old American shorthair, named Li Bai, is going viral for demanding seconds.

The feline lives in Beijing with his mom, Ms Zhang, and is described as a “drama queen”. He often meows and whines to get his mom’s attention, no matter what time of night. 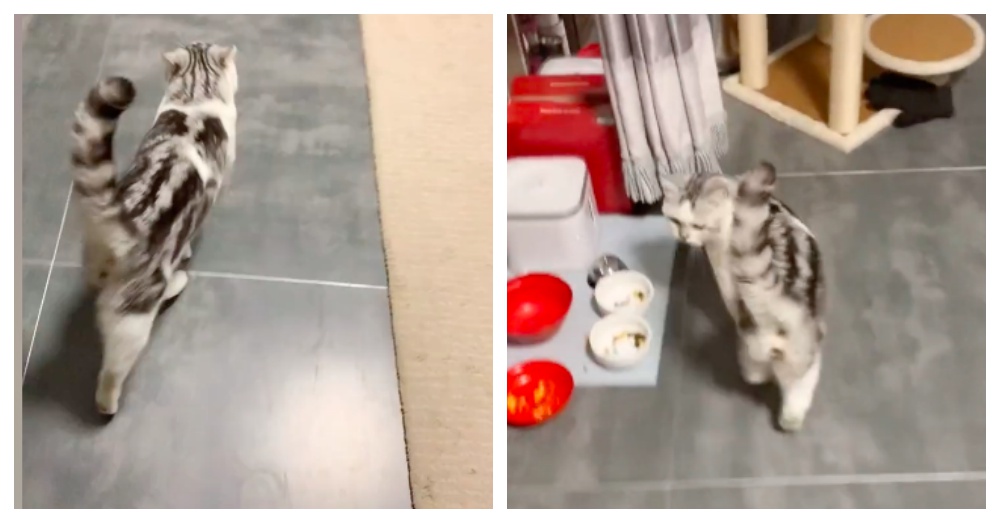 Zhang woke up just before midnight to go to the bathroom and was “scolded” by her cat who led her to his nearly empty food bowls. It was clear from the look on his face that he was not pleased and continued to whine hoping to persuade his mom to give him a midnight snack.

She told Daily Mail, “I was in the bathroom and he was just walking around me. I followed him and filmed the video.”

Li Bai is seen meowing as he struts over to his food bowls with his mom following close behind. While the video never showed the feisty feline receiving more food, we are sure his mom caved. 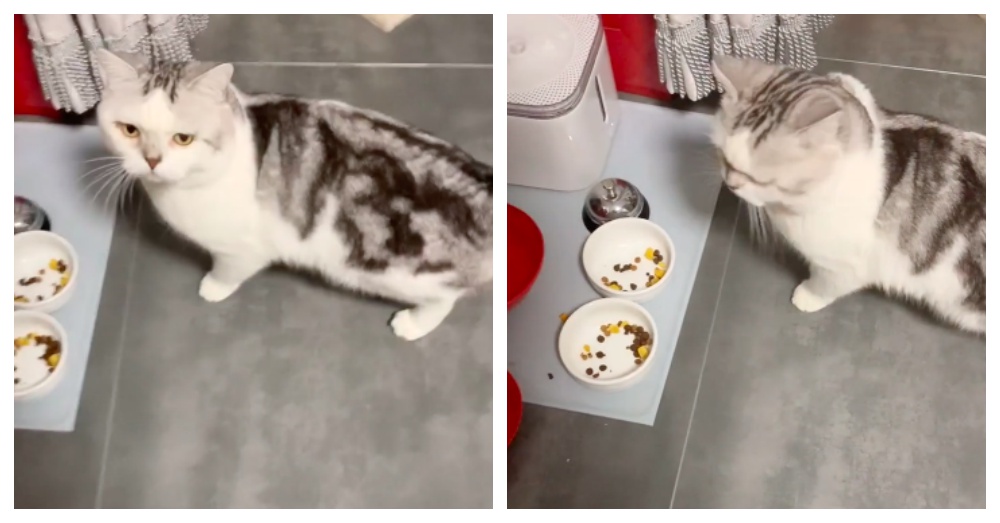 Who could say no to that adorable face?!

The video was shared on Douyin, the Chinese version of TikTok, where it was viewed over 250 million times.

Cats are intelligent and have learned that they cannot communicate with humans the same way they do other cats, so they meow. Adult cats only meow at humans to demand attention or in this case more food.

A life without cats would be so boring.

Check out the video below and don’t forget to share!