Having supportive friends to get you through bouts of anxiety is definitely something that is important in life. And no one knows that better than Joule – a very sweet little dog who hates being left alone.

Joule has definitely made strides in her confidence having been rescued by Brenna Eckert four years ago. 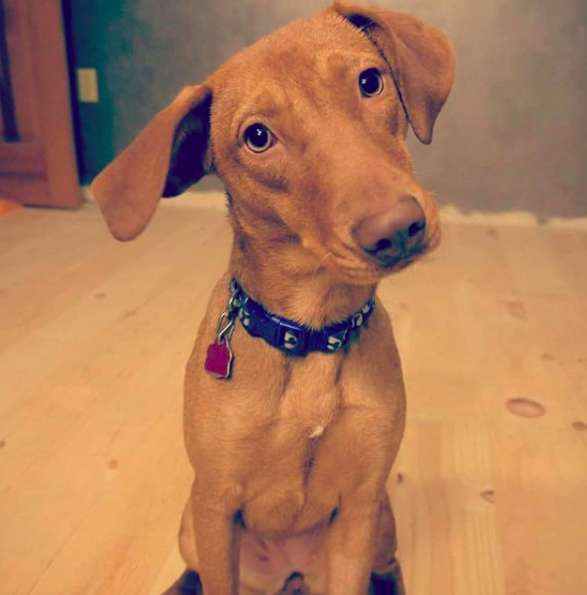 As Eckert explained to The Dodo, “Joule had a lot of anxiety when we first adopted her. We worked one-on-one with a dog behaviorist to help work through some of her issues.”

“She is certainly a velcro dog,” Eckert added. “When we are home she always needs to be close to us.” 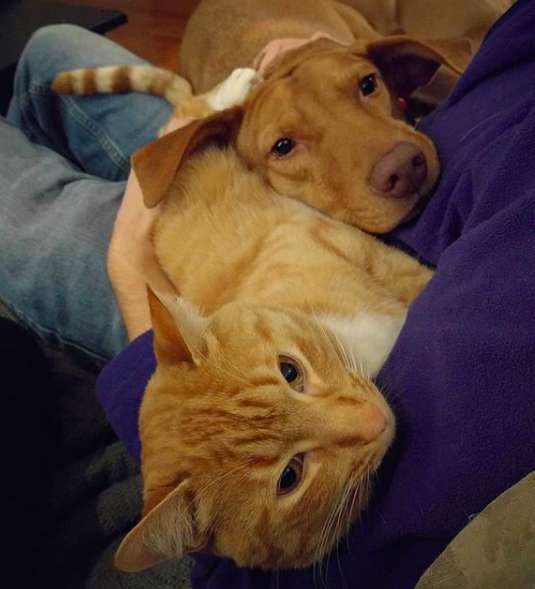 Not long after Joule joined the family, Eckert welcomed another pet into the mix: Kelvin, an orange tabby kitten. From the very beginning, both Joule and Kelvin got along great, as though they’ve been friends forever.

However, Eckert could never have predicted just how deep a bond the two would form. Then one day, she decided to install security cameras around the house in order to keep an eye on things when she was working.

One day when she played back the footage, Eckert couldn’t believe what she was seeing. The easygoing Kelvin was comforting the normally high-strung Joule. And it wasn’t just providing temporary comfort, it was the entire day.

“We noticed that Kelvin and Joule were laying on the couch together almost every day,” Eckert said. “I moved the camera to get a closer view of the couch and was amazed to see that they weren’t just sharing the couch, but they were snuggling up against each other.”

Eckert decided to post the touching videos to Reddit, captioning them, “This happens literally every weekday for the full 8 hours we’re gone.”

Joule isn’t the only one who is getting benefits from these cuddles. Kelvin too gets lonely, so Joule is the perfect substitute.

Eckert explained, “Kelvin’s personality is very mellow and sweet. He loves sleeping and being warm, both of which he gets by snuggling up to Joule during the day.”

Had Eckert never installed the cameras, she never would’ve uncovered the truth about this bond between Joule and Kelvin. And Eckert is relieved to know someone is caring for Joule while the family is away for the day – even if she doesn’t always show her appreciation to Kelvin.

“They only snuggle with each other like this when we are not around,” Eckert said. “If we are home, Joule wants to be with us, so she basically ignores the cat.”

The only exception to this is if Eckert lies down on the couch – then it’s an invitation for the whole family to cuddle up together.