A Utah man with a real heart for cats is taking old coolers and turning them into a winter refuge for feral cats.

“Normally the cooler keeps things cold. We’re going to use it to keep animals warm,” Philip Rogich said with a smile.

He spends about five minutes on each cooler and builds them inexpensively with a little bit of hard work.

“I actually have a 6-inch drill bit and then once you drill the hole you just use some pipe insulation to pad it,” he said pointing to an opening in the cooler.

He gets started with his drill and materials, beginning the transformation of an old cooler.

“Everybody’s got a cooler in their garage that they’re not using,” Philip said.

“I use three-quarter-inch pipe insulation,” he said as he lined the fresh opening with the adhesive-backed foam.

“And then on the inside you just use straw,” Philip said as he pulled straw from one cooler to his now finished project. “Straw has been used for hundreds of years as bedding for animals and that’s because it has the ability to dry out.”

That’s all it takes and the project is finished.

“And there you go! A cat cooler!” he said as he shut the lid. “Two or three cats could fit in a cooler this size!” 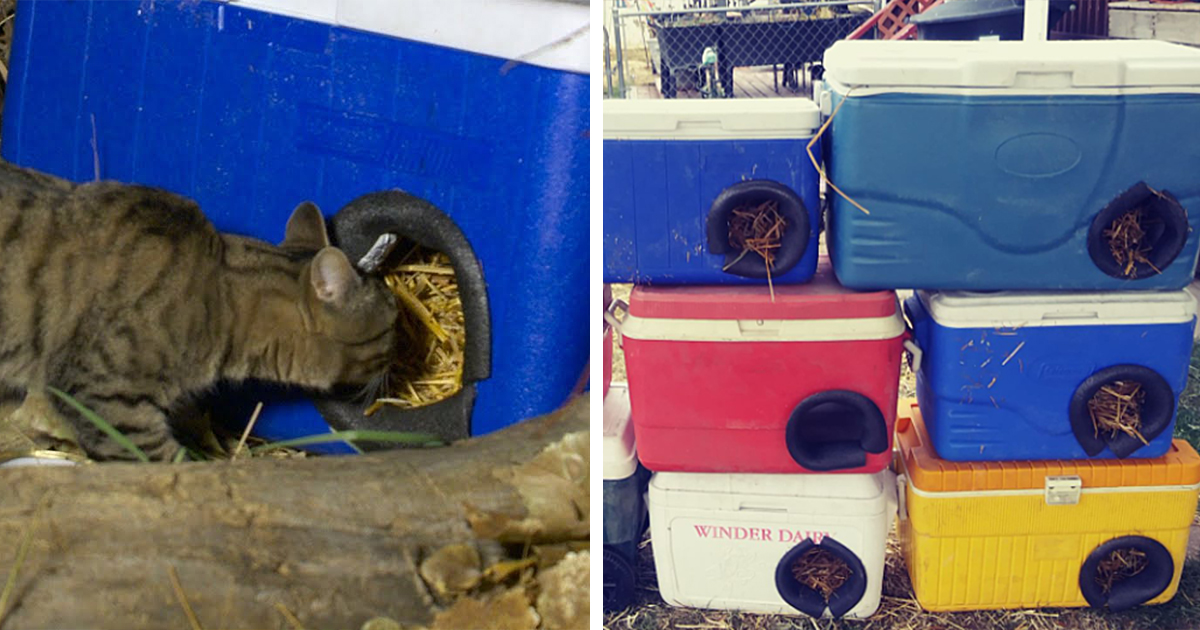 Philip has already created a number of these and put them throughout Ogden and Riverdale communities. They provide a warm place of refuge for feral cats.

“[Feral cats] just disappear, get overlooked,” he said. “They get cold in the wintertime too.”

Philip considers this to be more than a project, it’s a humanitarian act.

Some felines have already started using the coolers but he hopes more of them will take advantage of the protection this winter.

“I’m giving them a second chance, one way or another,” he said.

It seems as if people are also starting to pay attention to what he is doing. Some are offering straw or old coolers. One of the local thrift stores, Savers, also said that Philip could have unsold coolers that are still left at the end of the season.

Philip plans on making these feral cat coolers throughout the winter and in the following years. You can contact him on Facebook if you would like to donate a cooler or for any other reason.