Who says cats and dogs don’t get along? When this pit bull was injured, his loving cat sister did everything in her power to help her big dog brother feel better.

“A pitty and his best friend,” wrote Reddit user @brooklynadm above the adorable video, which posted on a subreddit called AnimalsBeingBros and quickly went viral. “Dog’s ear was bitten by another dog recently and cat has been rubbing it ever since. She’s a real bro.” 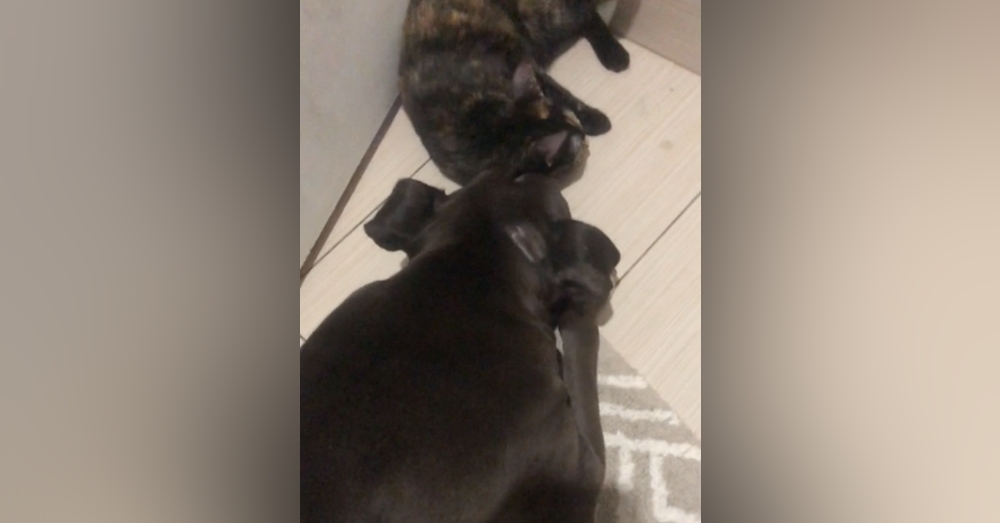 According to @brooklynadm, the poor dog’s injuries were serious enough to warrant a trip to the vet, who stitched up the pup’s ear and put the dog in a cone. The cone, of course, prevented the pup from licking his wounds, so his devoted cat sister did it for him.

“When he first came home from the vet after getting his ear stitched back on, she stuck her head in his cone to try and clean the wound,” their owner recalled. “first thing after him walking in the door. their relationship is too pure for this world.”

A pitty and his best friend. Dog’s ear was bitten by another dog recently and cat has been rubbing it ever since. She’s a real bro. from AnimalsBeingBros

Now the pup’s ear has improved enough to take off his cone, but this empathetic cat understands that his troubles aren’t over. The injured dog still appears pretty glum, so his devoted cat sister seems determined to snuggle with him until he feels better.

According to @brooklynadm, this cat and dog have been best friends ever since they were rescued from different trash cans. The dog, Anubis, was tied to a dumpster behind the restaurant where their owner worked, and the cat, Goblin, was meowing for help with one of her
litter mates.

“[T]hey are the most loved, the most spoiled, and the most couch potato,” said @brooklynadm of her “big ol’ reject pack,” which also includes a “Craigslist throw away” pup called Jax. 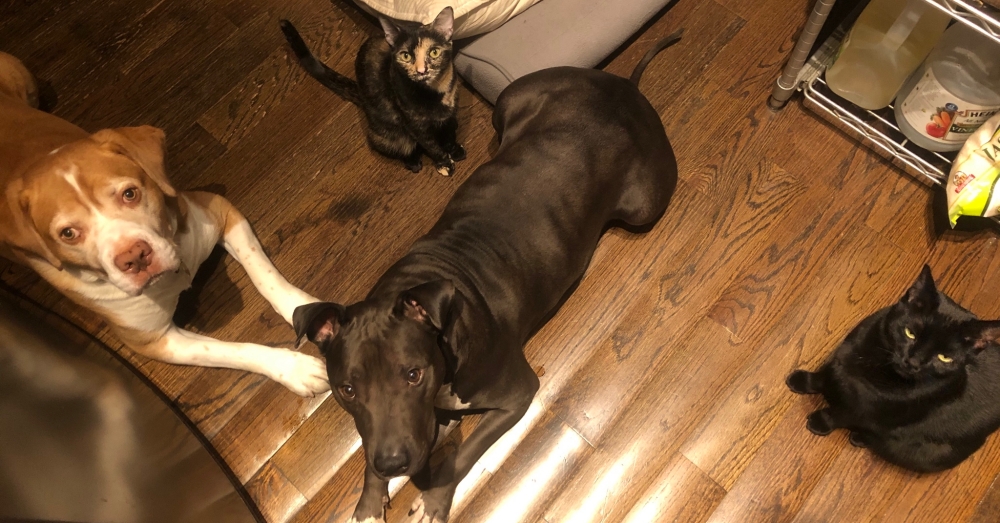 Regardless, users couldn’t get enough of this duo’s close bond. “It’s the kitty version of ‘kiss it to make it better,’” one user wrote. “I love this. It makes my bones smile,” another person noted. “Perfect example for why dogs AND cats are the best,” a third person concluded.