Moose, a pit bull mix living in Detroit, is a very good girl. But that doesn’t keep her from getting a little scared sometimes.

The 7-year-old dog is especially frightened of loud noises, including fireworks and the thunderstorms that regularly roll through Detroit. Each time this happens, Moose begins trembling, and then runs off to hide in the bathroom.

“I try to give her treats and keep her busy when it’s storming but she usually ends up going into the bathroom and hiding in the shower,” Moose’s owner, Mary Barnes, told The Dodo. “She’s always hidden in the shower — it’s her safe place.” 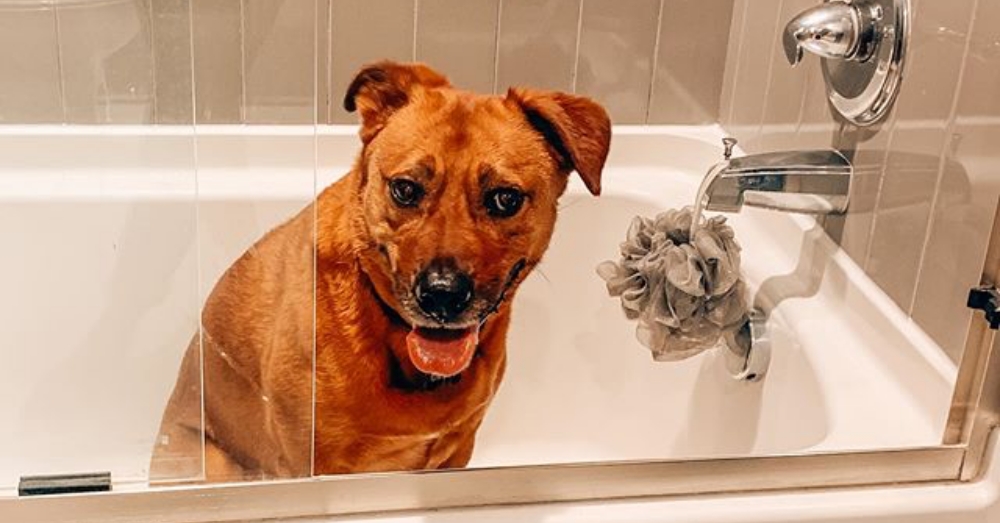 Fortunately, Moose has a furry best friend who lends support throughout these scary times. Mary initially adopted Marvin, a long-haired black cat, to keep Moose company. Since then, the intuitive cat has helped comfort and soothe the anxiety-prone pup when thunderstorms strike.

“I didn’t know how Moose and Marvin would get along because Moose had never really interacted with cats, but she’s the absolute sweetest and most gentle girl so I had faith,” Mary remembered. But as it turned out, the new cat owner had nothing to worry about. “They very quickly became best friends,” Mary said. Now the pair naps, plays, and does just about everything together. 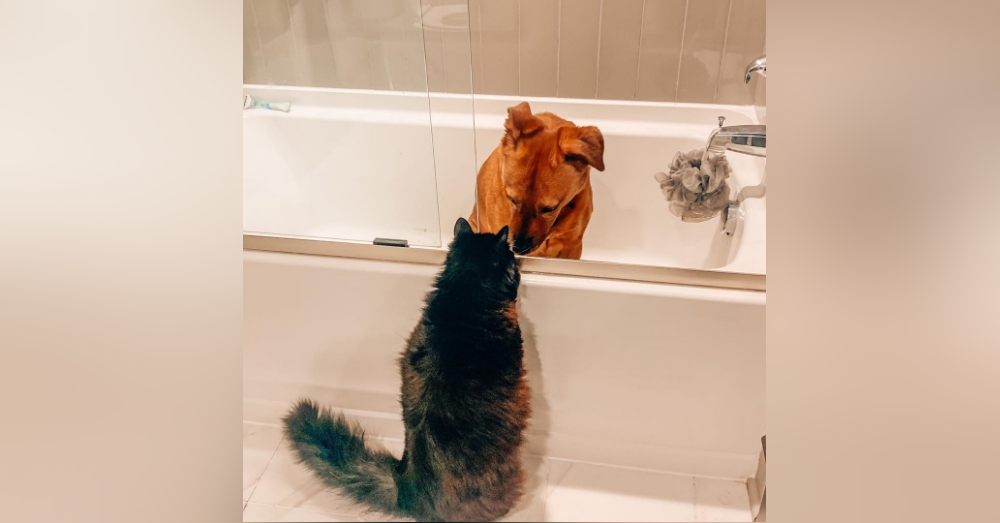 Adorably, Marvin also remains on call whenever a thunderstorm passes through town. Now when Moose runs and hides in the bathroom shower, the intuitive cat comes in to check on the anxious dog and make sure she’s all right.

“Last night was the first really big, long storm we’ve gotten in Detroit since Marvin has been with us,” Mary remembered. “He was very curious and concerned about his big sister.” 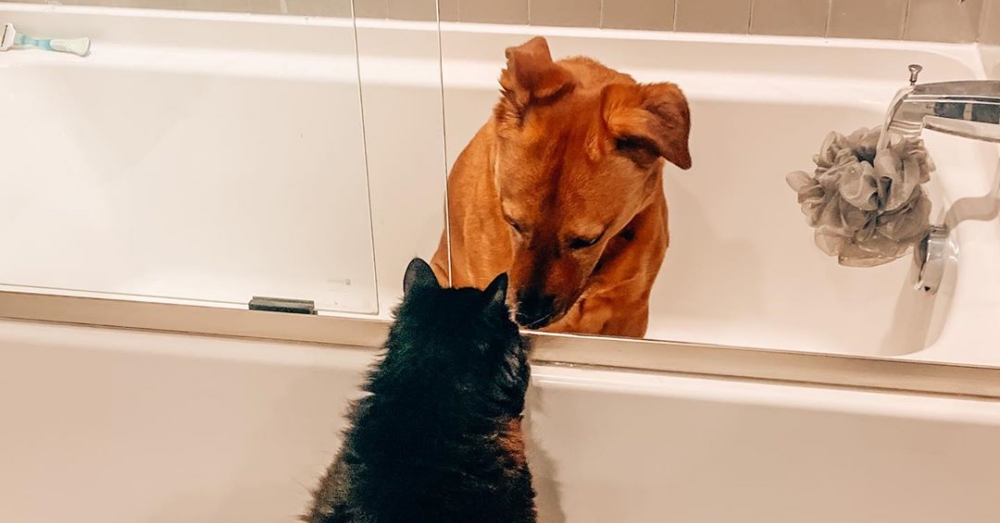 Marvin isn’t afraid of thunderstorms himself, but he kept running into the bathroom to check on his big dog sister. “He went back and forth to her in the shower to check in,” Mary said. “It distracted [Moose] from the storm for a little bit because she leaned down to give him kisses!”

What an adorable duo! Rescued pets really are the best!