We all know that cats are excellent climbers. How many of us have experienced the fright of seeing our cats high up on a bookshelf or refrigerator – or just anywhere that they’re not supposed to be? It’s usually when we’re walking by and suddenly a paw with little razor-sharp claws comes out of nowhere as they launch their sneak attack.

While most of our cats are absolute little pests when it comes to their climbing skills, one adorable tortie named Lolah, has shown that she’s the queen of climbing with her incredible ability to rock climb! The talented cat was first taken in by Mitsuru Goan after Goan found her in front of Boulbaka 2, a rock climbing gym in Okinawa, Japan. The little kitten was narrowly missing traffic, so it was a lucky break for her.

Goan, who also owns the gym, shared with The Dodo that he took her in and decided to give her a place at the gym. Since she was just a kitten, Lolah has been able to practice her rock climbing skills ever since. In addition, she also has an important job and is the facility’s manager who greets those who come into the gym. 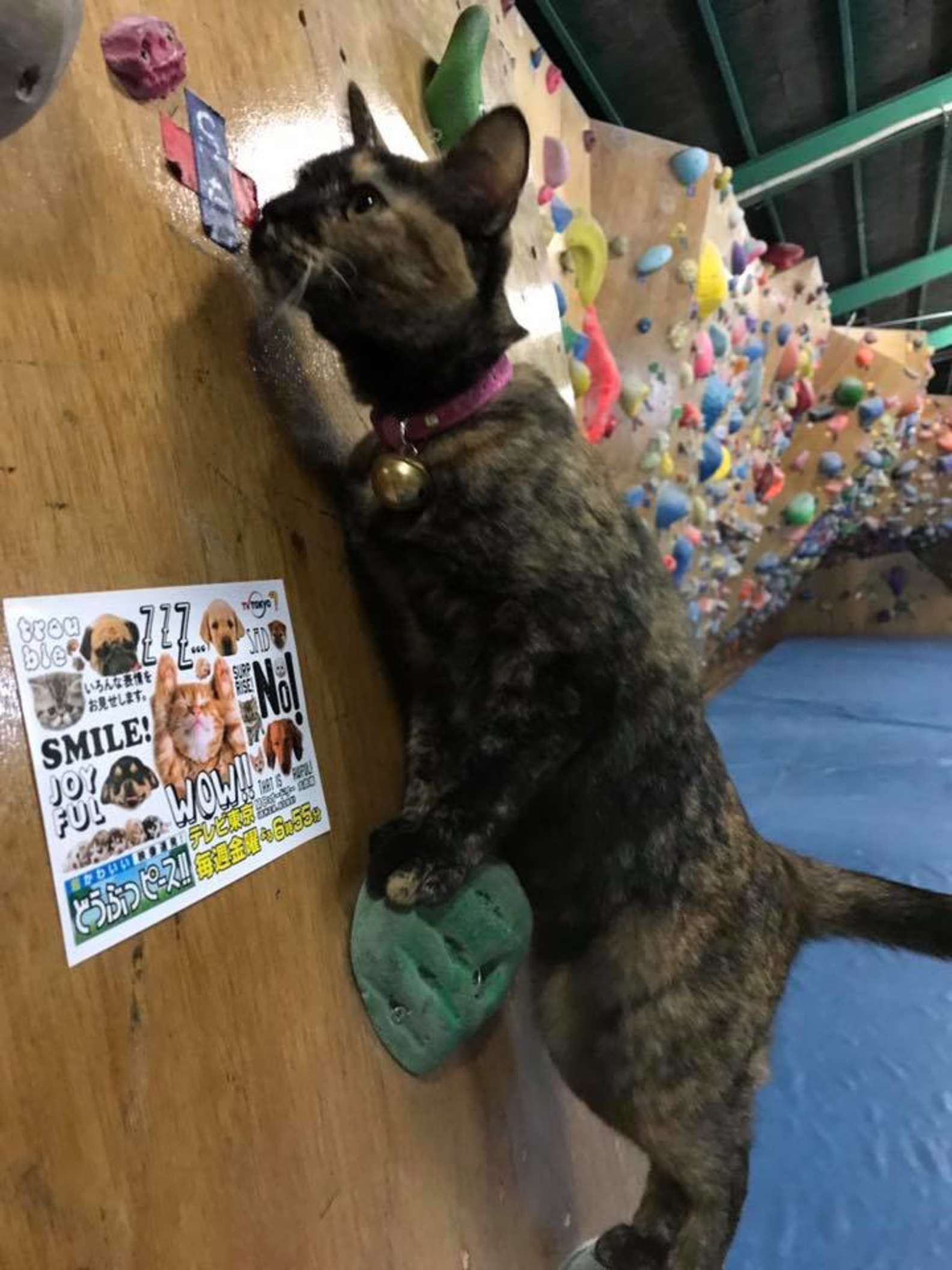 At first, when Lolah was a kitten, she had a habit of jumping on the shelves and climbing up a rope attached to the ceiling. Goan assumed it was just Lolah being a cat, but then she started to climb on stepladders that led to the rock wall. 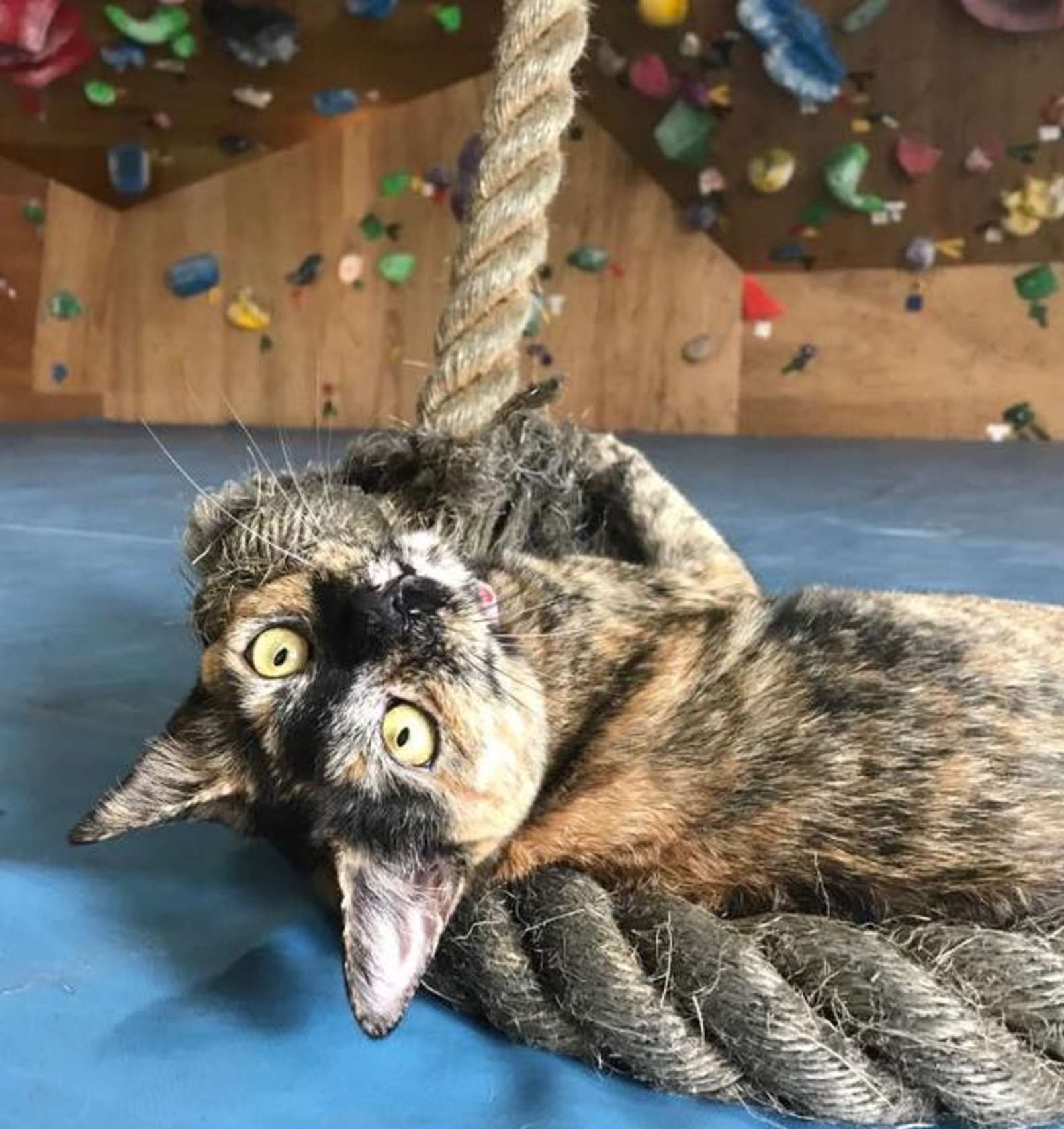 That is when the little cat grew more confident in her climbing abilities and soon started to try her paw at actual rock climbing. Each time she’d try to go a little further. Goan noticed that the little cat even developed a habit of watching the other climbers on the wall – even going as far as to copy their different motions.

As Lolah grew, so did her ability to reach higher spots along the wall. While she never received treats for her climbing tricks, people did gather to watch and cheer her on, which seemed to be reward enough for the cat. 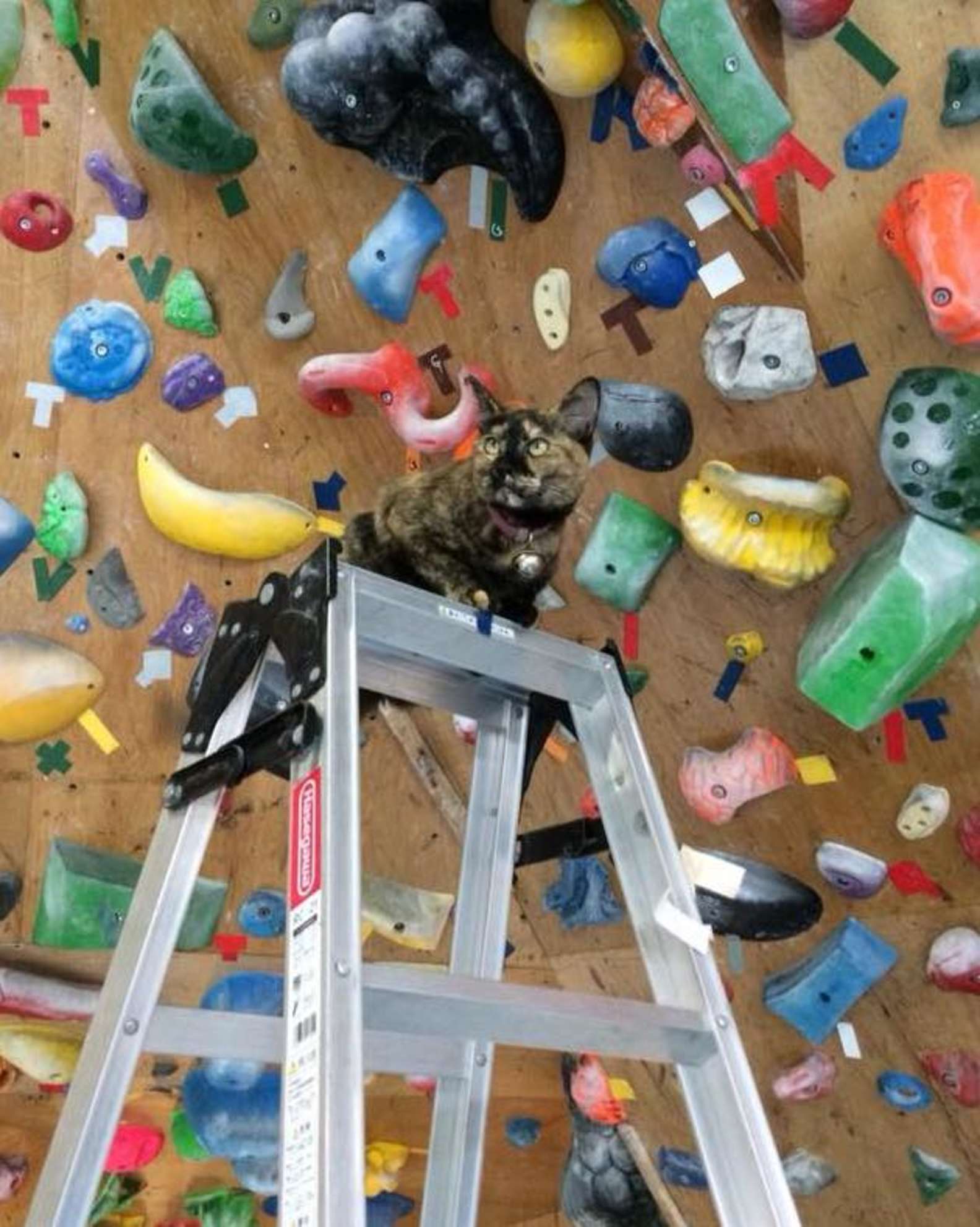 Eventually, the day came when Lola made it all the way to the top of the wall. And that was good enough for the cat. She retired from climbing shortly after this accomplishment, when the gym rearranged the rocks on the wall. That change seemed to have turned Lolah off from climbing.

After that, little Lolah spent most of her time relaxing around the gym and demanding attention from those who frequented the establishment. The feisty little feline even makes herself right at home inside some very strange places, like the inside of peoples’ gym bags. As Goan stated according to The Dodo, “She loves to slip in visitors’ bags and sleep there,” Goan said. “You need to pay attention not to bring her home with you.” 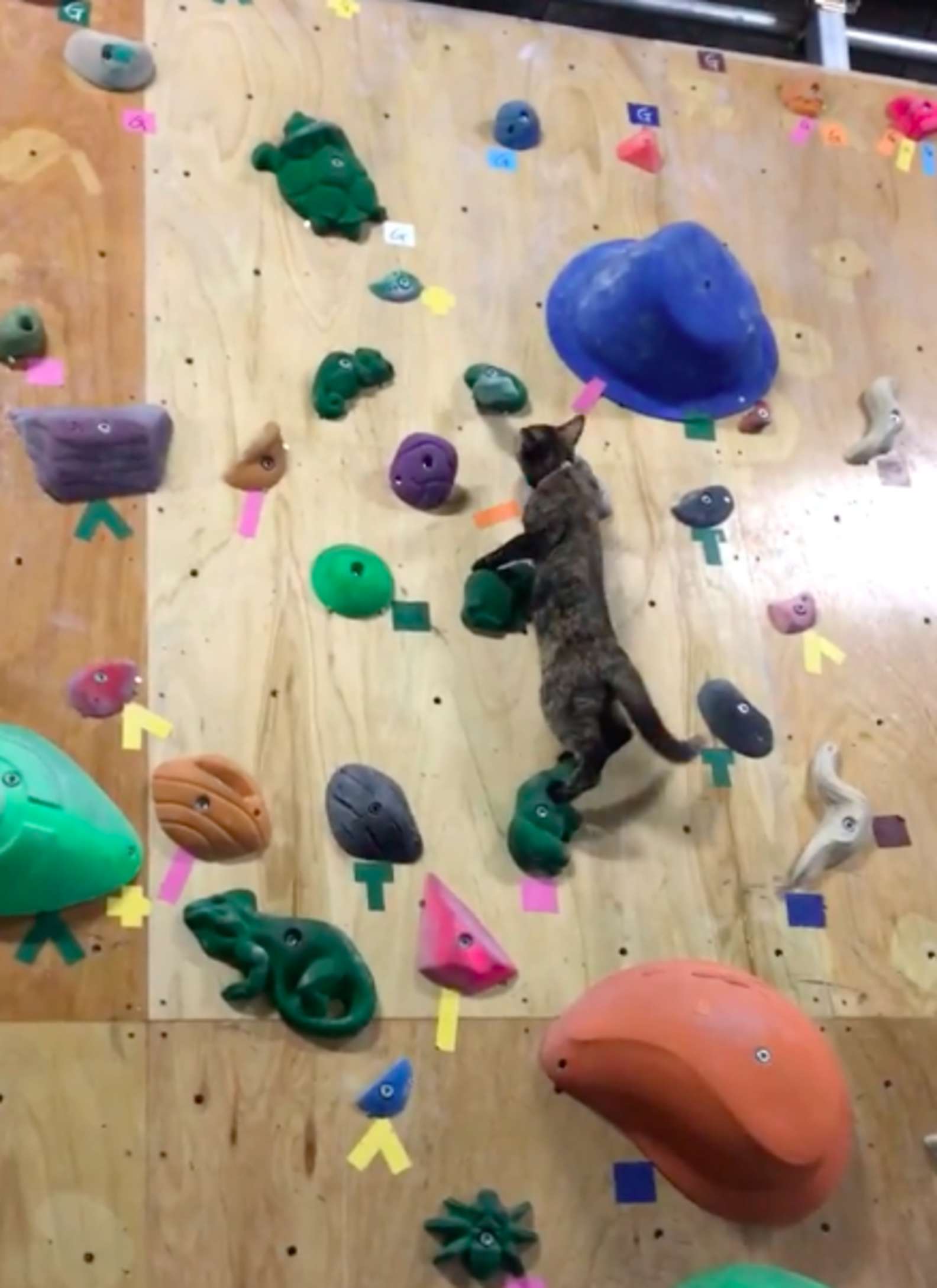 But every now and then, Goan catches Lalah staring at the wall, almost as though the cat is contemplating a return to the climbing wall. The Dodo reported Goan saying, “She still climbs up the rope up to the ceiling, about 16 feet high, to have a workout. Maybe she is ready for a new challenge.”

Watch Lolah climb in the video below: