Tenacious Cat Rescues Itself From Tree By Climbing Down Firefighters’ Ladder

Firefighters from Norbury Fire Station, south-west London, responded to a call from RSPCA to help rescue a cat stuck 25 feet up in a tree, but were shocked when the cat they came to rescue saved itself.

Cats are fantastic climbers with strong hind legs and curved retractable claws that propel them up. However, getting down is much more difficult.

After spending two days stuck in the tree, the unidentified cat seized the opportunity to get down. 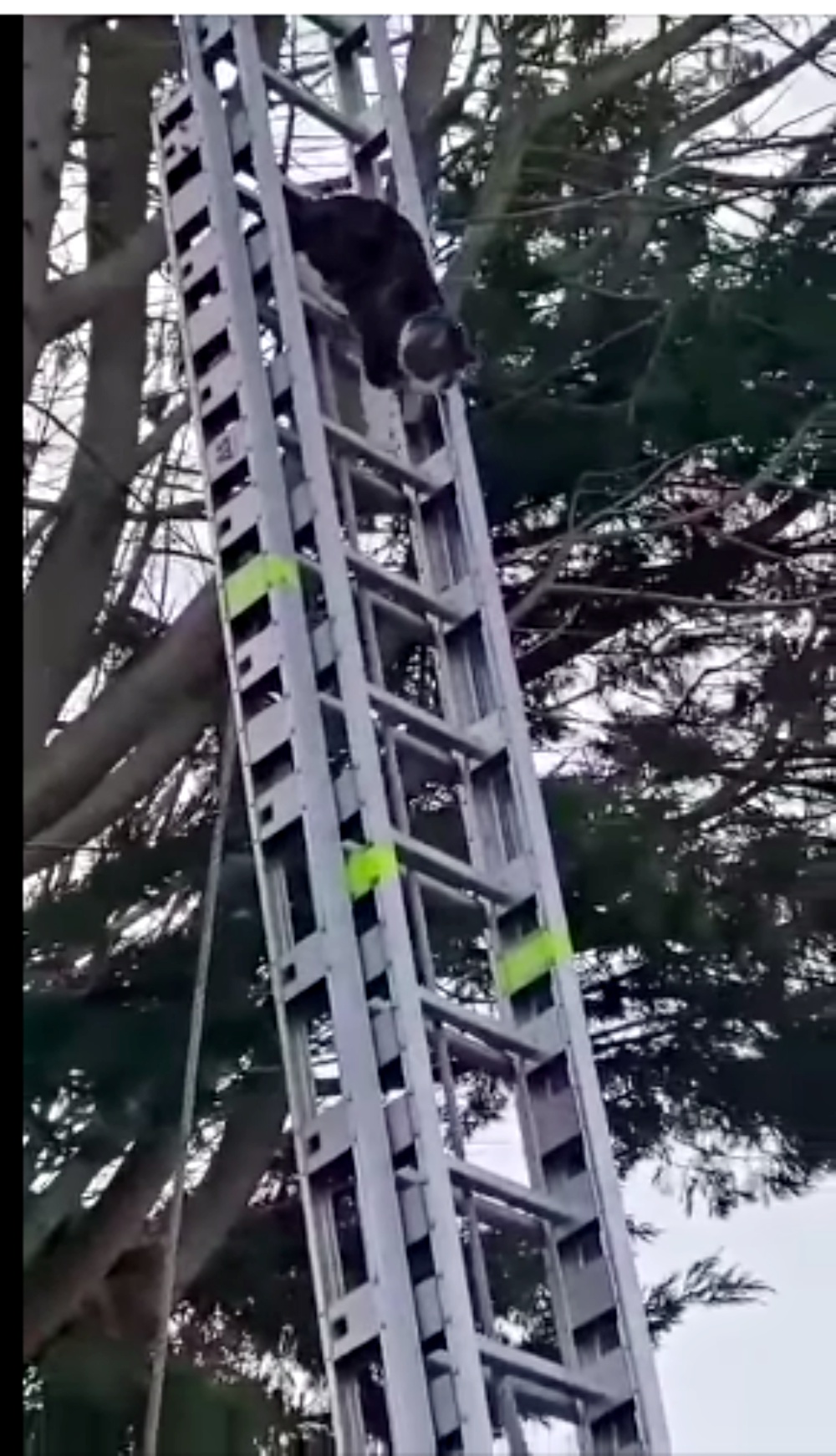 The crew placed a ladder against the tree where the feline was trapped and before they started to climb up, the cat stated to climb down rung by rung.

Station Commander Richard Hamilton told DailyMail, “We couldn’t believe it – I’ve been in [The Fire Service] more than 25 years and I’ve never seen a cat do that before.” 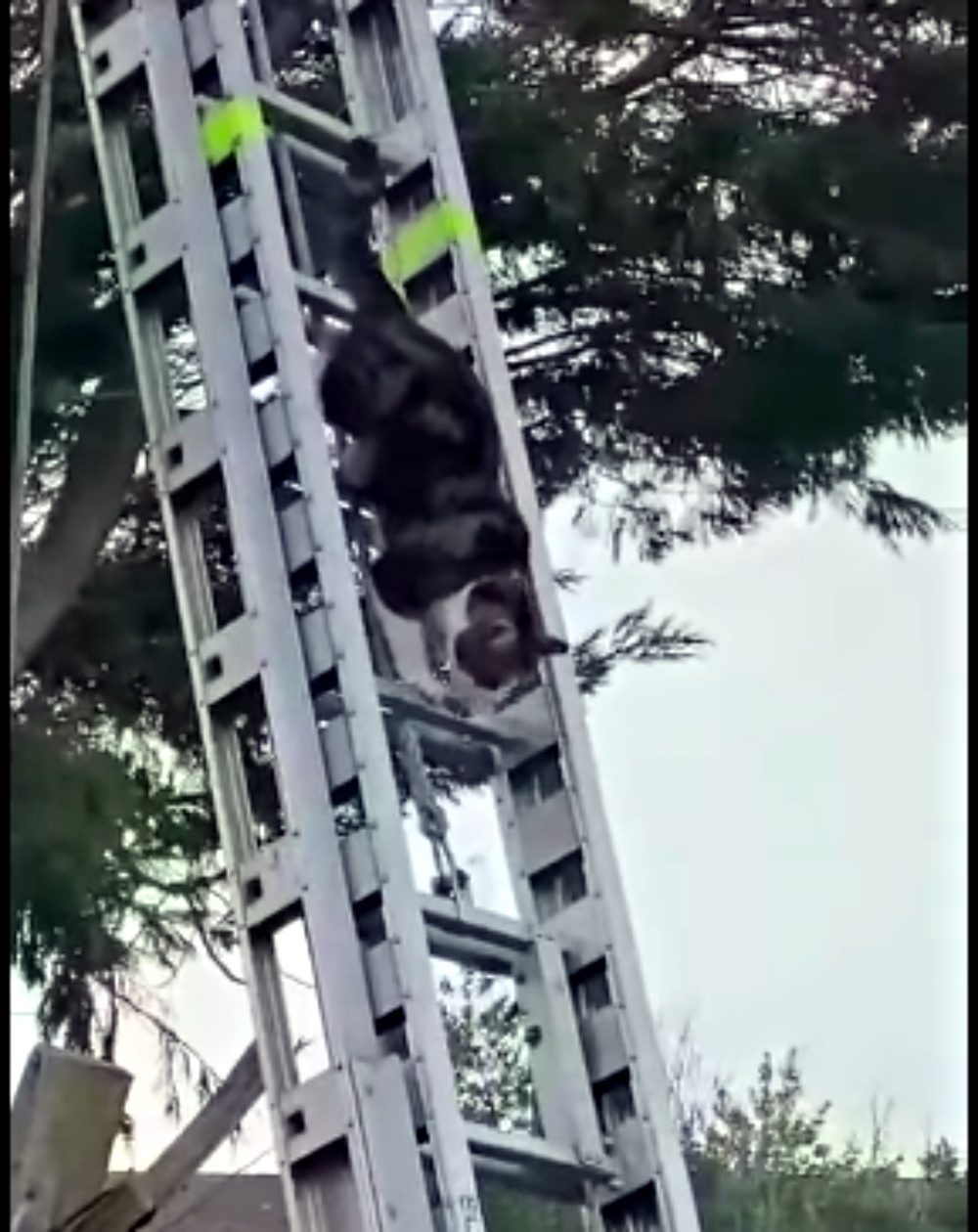 Prior to calling the London Fire Brigade, Stepping Stone Rescue, a local cat rescue, and the RSPCA tried to coax the cat down. When all their attempts failed, they called the firefighters for help.

“They were amazing! I could hear them first, yes sirens! They assessed the situation. Have you ever heard 6’6 men in all their gear, sweettalking a cat down. Unfortunately, nothing. They then cut some branches down to see if they could reach it on a ladder; no! Then they decide to take the massive ladder off the top of the engine and placed it up to where the cat was. But before anyone could get on the ladder the cat decided it couldn’t wait any longer and came down the ladder by itself,” recalled Stepping Stone Rescue. 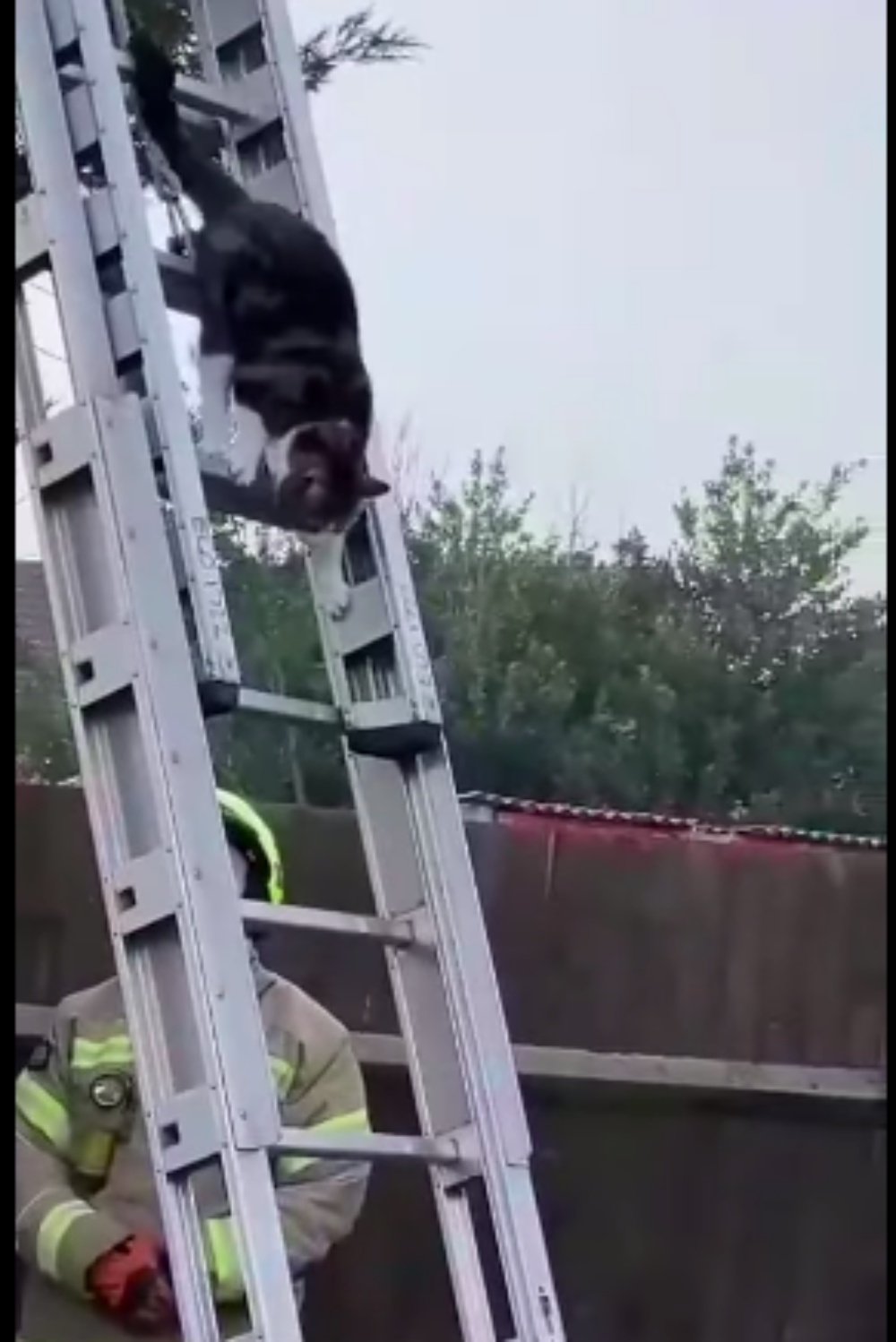 The cat spent the past two days trapped in the tree and decided to not waste a minute when help arrived. Rescuers watched in awe as the cat carefully descended the ladder and then ran off.

“it just ran off without so much as a thank you,” wrote the London Fire Brigade. 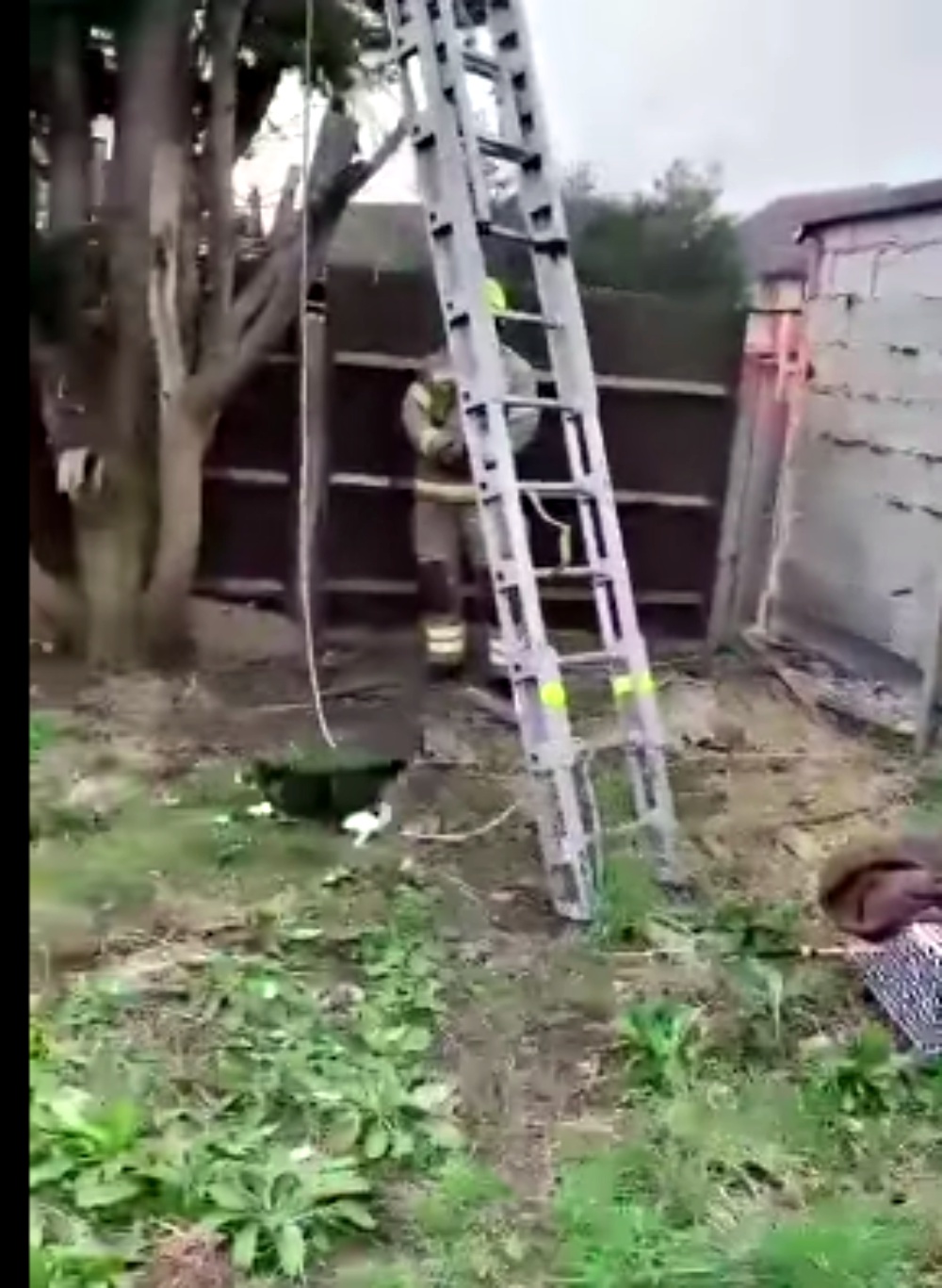 “The last thing we want is for people to put themselves at risk rescuing an animal themselves – but we do encourage people to call the RSPCA in the first instance and we will assist if our specialist equipment is required, as in this case.”

Watch the impressive descent in the video below and don’t forget to share.