Surrounded by one of the bleakest scenes on earth, two unlikely mates are making the most of a disaster. Recently published pictures from a smoldering Shasta, California, neighborhood show a cat and a chicken huddled together, sheltering themselves from the surrounding Carr Fire.

It’s enough to restore your hope in the future of a planet in peril.

Even in storybooks, chickens and cats don’t typically make for fun loving friends. The wildfires raging in California aren’t exactly fodder for fairytales, either, but desperate times call for desperate measures, and uncommon friendships. 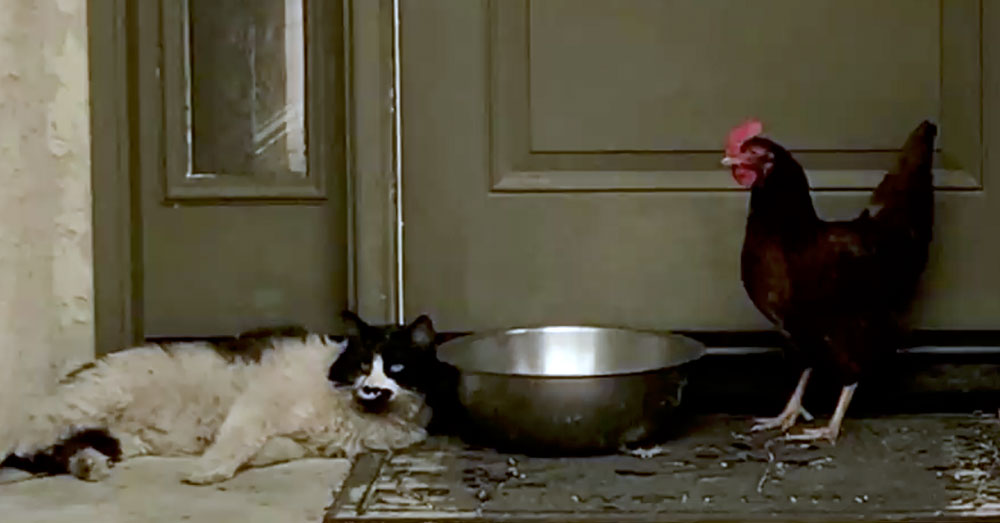 Source: Facebook/Brian Mullahy
The cat and chicken stayed safe from the fire near the entrance of an abandoned home.

Rescuers discovered the pair “huddled together for safety and support” in the doorway of an abandoned home, KDVR reports, though both were suffering from burns. 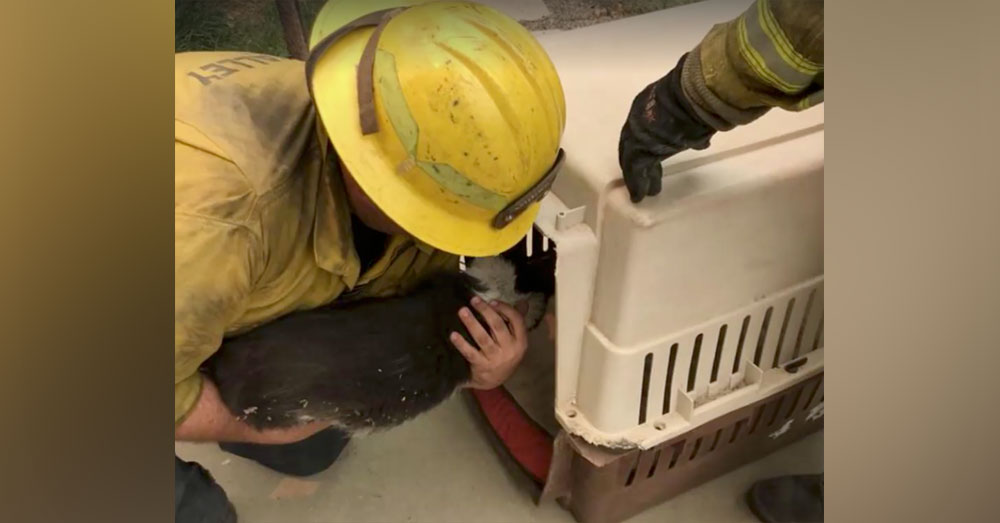 Source: Facebook/Brian Mullahy
Firefighters rescued the cat and chicken and transported them to safety.

After cleaning up the area, the firefighters put the animals in a crate and transported them to the local SPCA. Even in the same crate, they didn’t cause a fuss. Both are expected to recover without lasting injuries, though it will take much longer for the Shasta region to bounce back. Firefighters estimate that the Carr fire places sixth on the list of the most destructive blazes in the state’s history.

The Carr fire has so far claimed six lives, wreaked havoc on regional weather patterns, and even melted boats on Whiskeytown Lake, Vox reports. It’s caused at least $24 million in damages already, and firefighters have only contained about a third of the blaze. 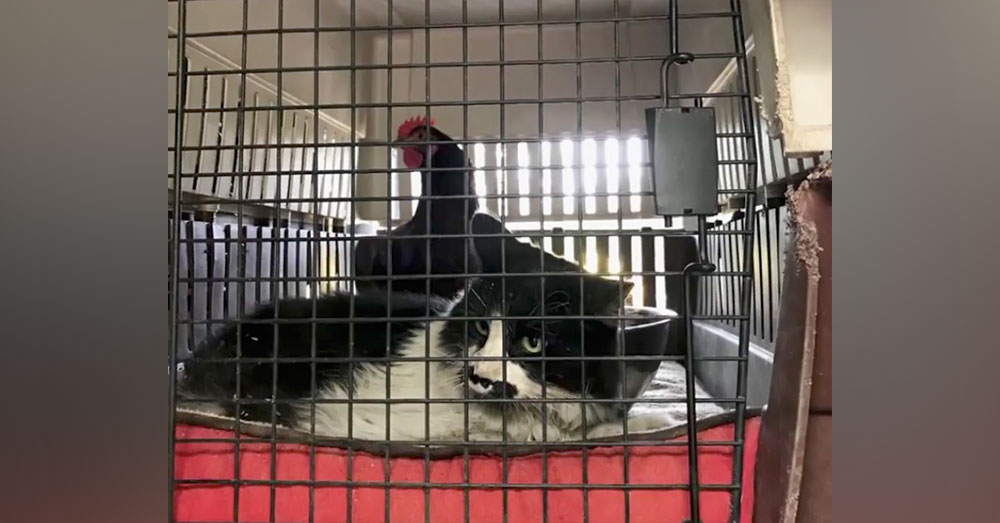 Source: Facebook/Brian Mullahy
The unlikely friends even kept calm in the same cage!

As the fires continue to spread, there’s no telling how much destruction and heartache they could still cause. In the meantime, heartwarming scenes like this are well worth holding onto.

Watch the sweet feline and fowl friendliness in the video below!