At first, Heather and Joey Bardi didn’t think much about the stray sock that randomly appeared on their porch one morning. But when strange items of clothing – including boxers, a tank top, bikini swimsuit bottoms, even dish rags and pot holders – kept mysteriously appearing outside the door, the Louisiana couple started to think somebody was playing a bizarre prank.

“First I thought a drunk just left stuff on my patio,” Heather Bardi wrote in a Facebook post titled “My Cat Is Stealing Someone’s Laundry.” When the clothes continued to pile up, Bardi decided to set up a security camera to catch the culprit red-handed. 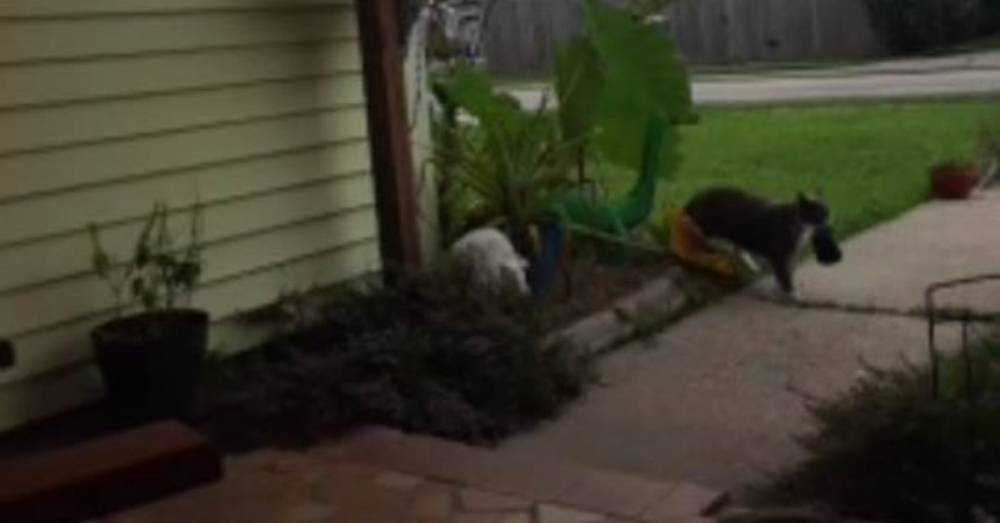 When Bardi checked the footage, she was shocked to see her long-haired cat, Admiral Galacticat, strolling across the lawn one night with somebody else’s sock in his mouth. In a different shot, the cat appeared to be proudly guarding his loot, according to Nola.com. 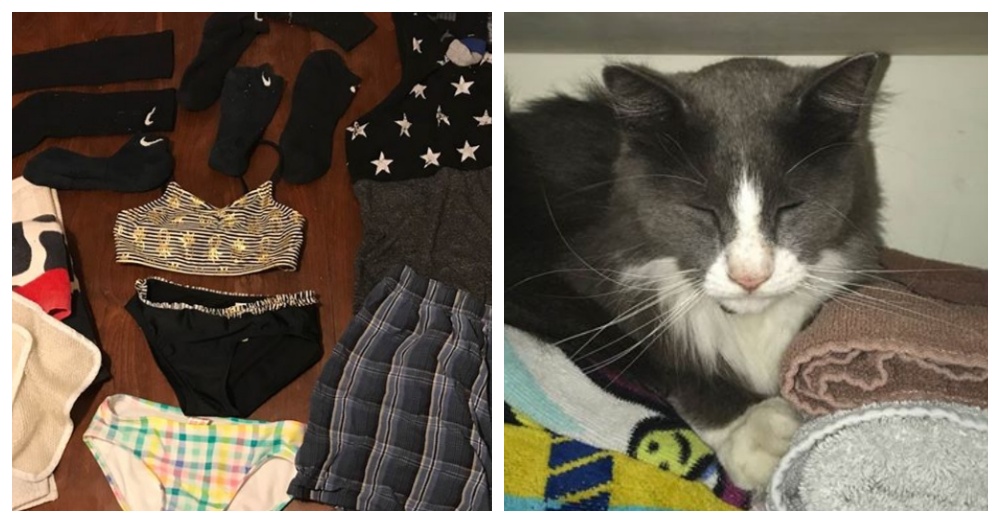 Looking back, Bardi thinks she could have seen Admiral’s crime spree coming, because the cat has always been drawn to clothing. “I find him asleep on the laundry, clean or dirty,” she told Nola.com. Regardless, the Bardi’s created a cardboard sign explaining their cat’s wayward behavior and posted a lengthy apology to Admiral’s victim on a community Facebook page.

Fortunately, a neighbor recognized some of his family’s clothing in the pictures attached to Bardi’s post. “At first I was kind of thinking ‘what kind of idiot lets a cat steal their clothes?’” the neighbor recalled, “but then I ended up being that idiot.” The man has since secured his laundry room door to prevent future incidents. 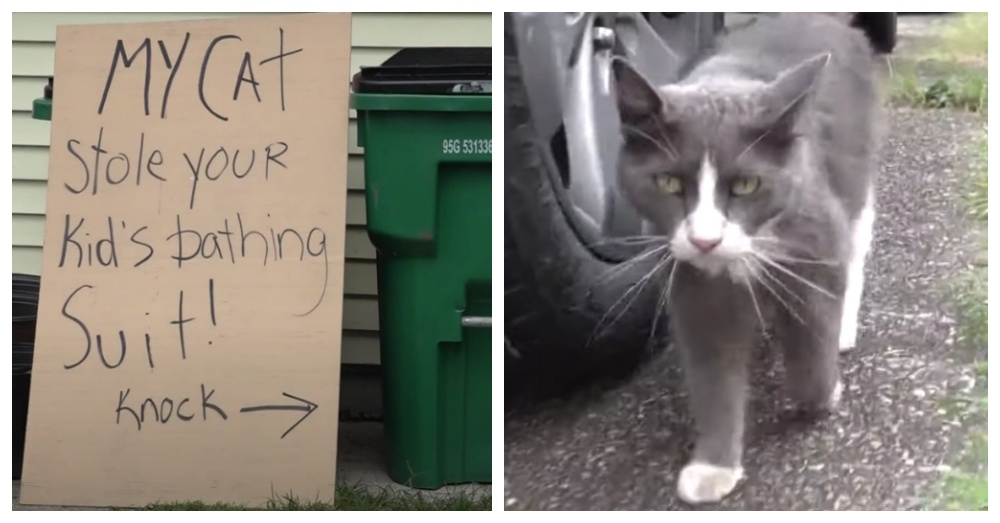 “Trust me, it is not the dryer monster, but Admiral,” Bardi wrote, offering to re-launder the clothes for their rightful owner, and granting that person permission to shame the cat for his bad behavior. Of course, Admiral — who has also been known to sneak through dog doors and steal unguarded dog toys – didn’t show any remorse whatsoever. It’s anyone’s guess what this kleptomaniac cat will steal next!

Find out more about this cat’s crime spree in the video below!