Carrot was rescued as a kitten after being found all by himself in a parking lot in Maryland. Two of the rescuer’s friends, Rachel and Andrew, offered to foster the little orange tabby until he could find an adoptive family, but quickly realized Carrot was a “foster fail” who belonged in their own home.

The Maryland couple describe their new kitten as smart, playful, mischievous, and incredibly food-motivated, perhaps as a consequence of his early days scrounging for scraps on the street. 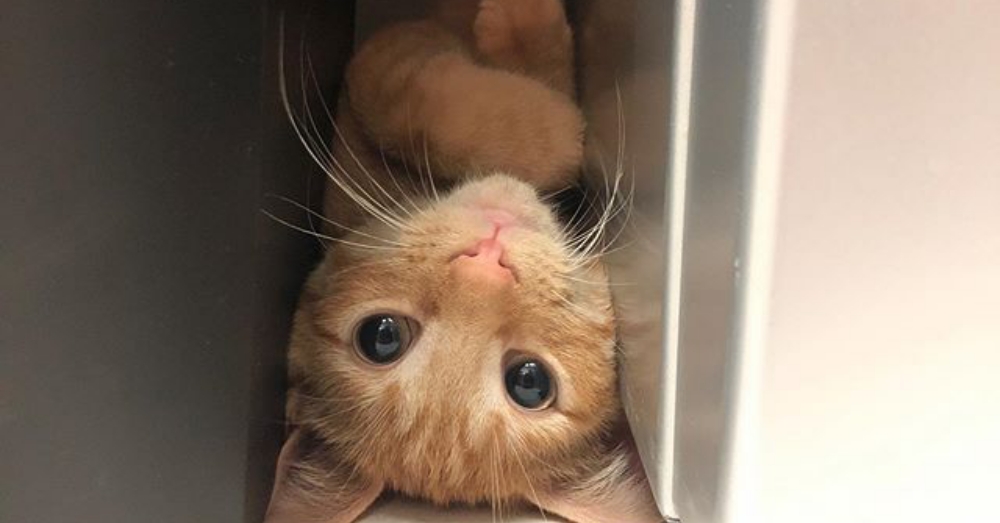 Although he’s regularly fed, Carrot loudly meows to notify his parents when he’s ready for his next meal, regularly loiters around the fridge, and patrols the house looking for any unguarded human food. “He loves food, he’s really food-driven,” Andrew told Buzzfeed News. “We feed him three time a day. His breakfast comes from an auto feeder, but he cries for his first dinner and he cries for his second dinner.” 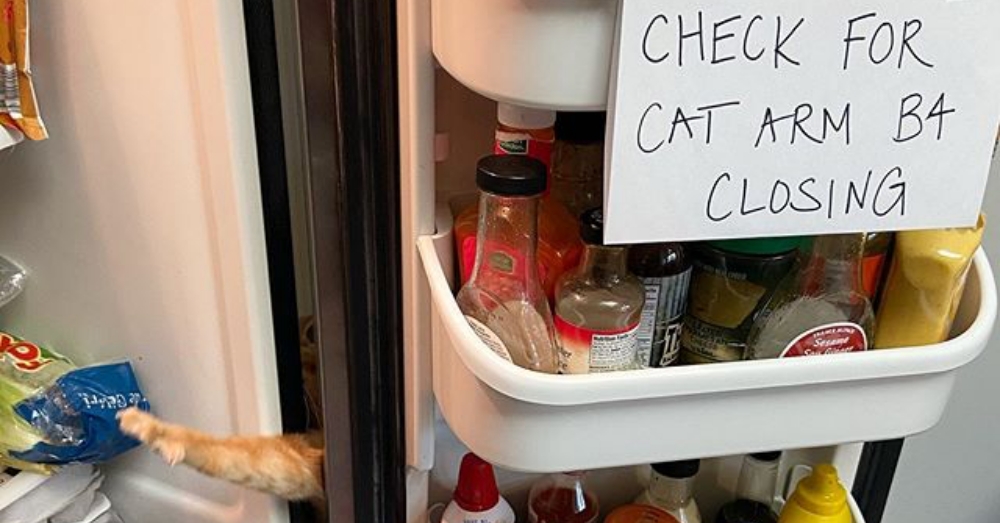 Carrot’s insatiable hunger has inspired the couple to modify some of their household behaviors, especially after the kitten was repeatedly caught with his paws in the fridge. “He likes to stick his arm through the door as a game and grab whatever he can reach and just claw at us in the fridge so we can play back with him,” said Rachel.

Of course, it’s all fun and games until a kitten gets his paws stuck, which is why Rachel and Andrew taped a sign inside the fridge reminding themselves to watch out for the kitten before closing the refrigerator door. 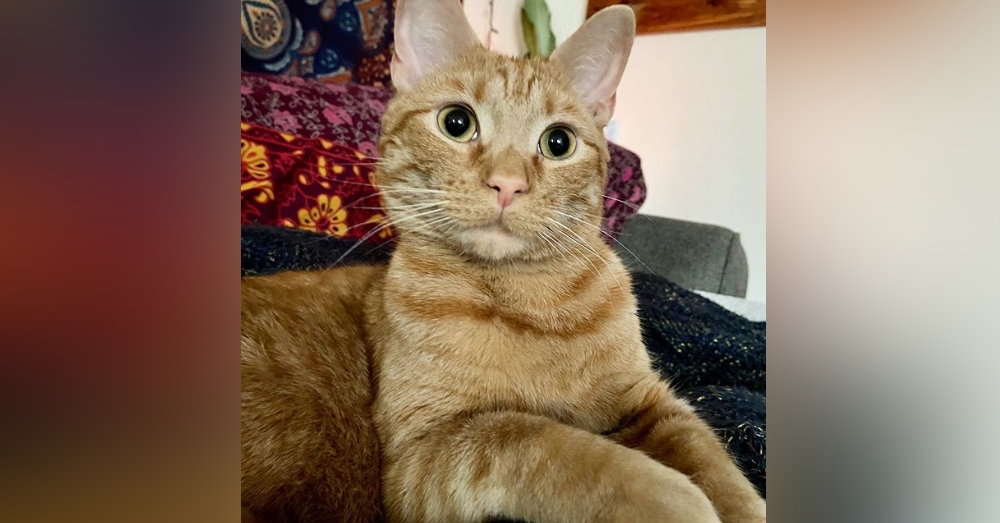 Fortunately, Carrot’s sticky paws haven’t been pinched in the door as of yet (at not at the time of this writing) because the couple keeps close tabs on their kitten, who is up to mischief whenever he’s not napping. “If he’s awake we pretty much know where he is,” said Rachel.

But it’s pretty impossible to supervise a kitten 24/7, and Carrot does occasionally escape from his owners’ watchful gaze. “The other morning I stepped away from my desk for a couple of minutes and I came back and caught him eating my yogurt,” Andrew recalled. 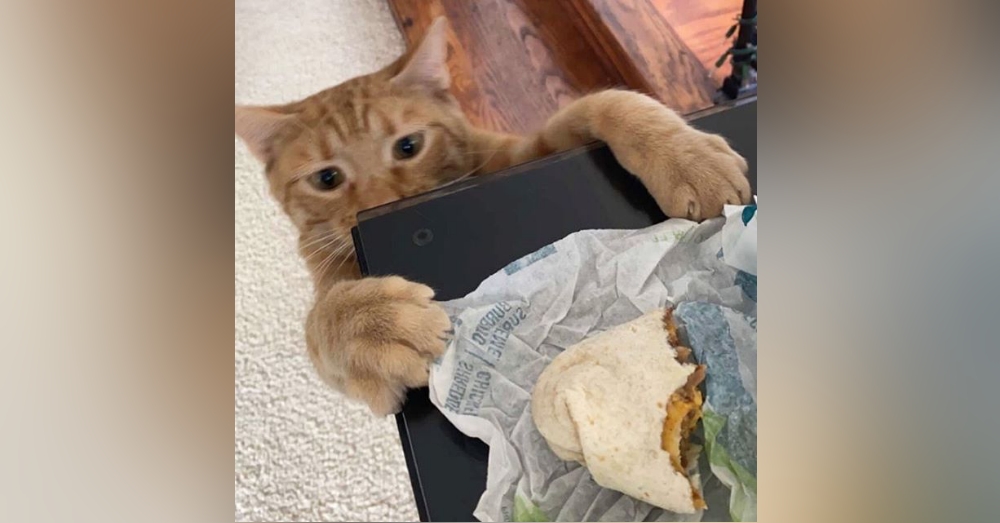 “It’s been funny, he has no idea obviously, but it’s funny that all these people have seen him now,” Rachel said of Carrot’s new fame, which has exploded online ever since the couple posted that picture of his arm reaching through the refrigerator door on Instagram and Reddit. “He has such a big personality and he’s so cute and handsome, he’s an exceptionally good looking cat, it’s funny that he’s now gone viral.”