Miranda and her family were looking forward to moving into their new home, and they were touched when they found a sweet note from the previous homeowners welcoming them to their new house.

But instead of leaving it at that, or recommending a good local restaurant, the note made a strange request of Miranda’s family. Apparently not all residents of the home had vacated the premises on moving day, and the squatter came with a list of friendly demands. 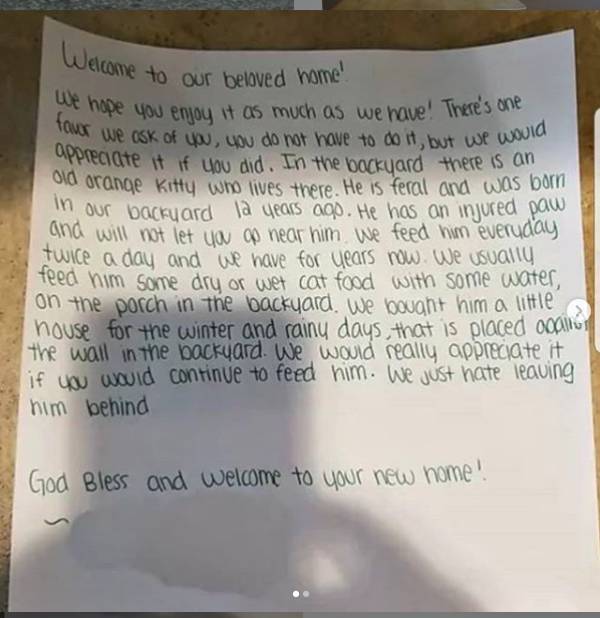 The note explained that, 12 years prior to Miranda’s move-in date, an orange kitty had been born on the property. The previous owners had not been able to tame him and he remained feral, but they had faithfully fed him twice a day and were concerned about how he would fare after they moved out.

The note went on to explain that the cat had an injured paw, was fed twice a day, and had a small cat house he could use on cold or rainy days. After reading the note, Miranda went to the back door, and sure enough, she saw an orange cat looking back at her.

The orange cat was in luck—Miranda is a cat lover and already had five pet cats when she moved in. She was happy to feed the orange cat, and she named him Raz. 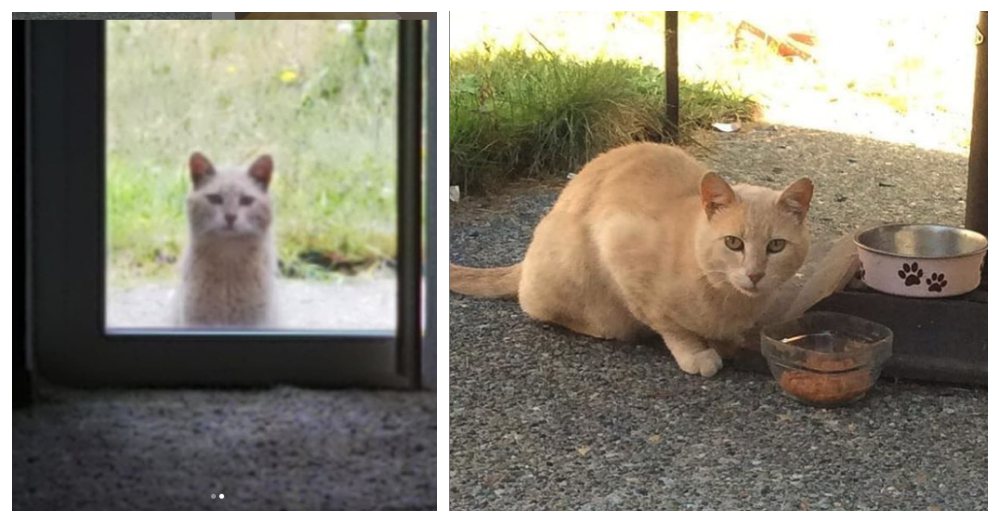 Raz used to run and hide whenever a member of the new family came outside, but now he tolerates their presence when he eats. Miranda hopes someday she can earn his trust enough to bring him to the vet to have his injured paw cared for. 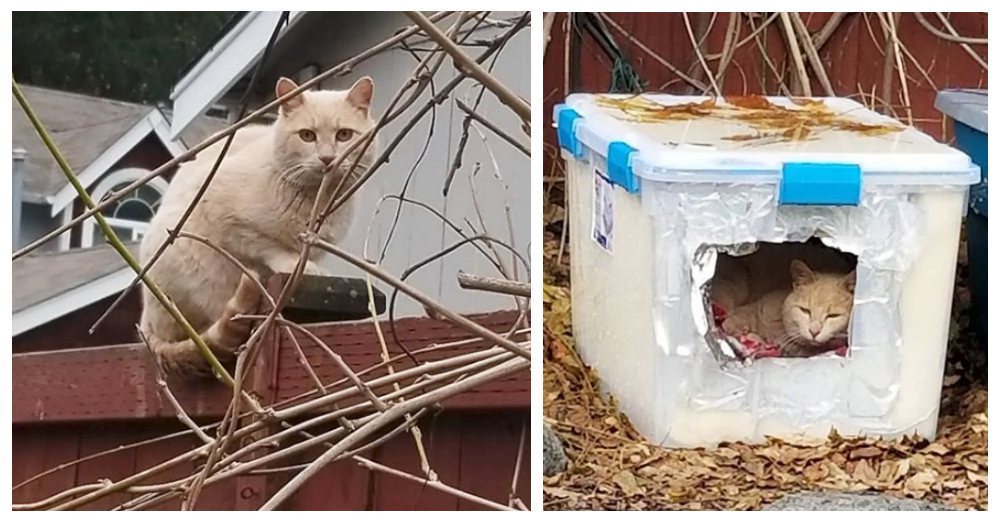 Raz is definitely in good hands with Miranda. She’s happy to continue the tradition of feeding him and is grateful for the kind note his previous benefactors left explaining the home’s resident kitty!