People Pass Street Performer By All Day, Then A Group Of Furry Little Friends Arrives

It doesn’t take a hefty charitable contribution to be a patron of the arts.

A street singer in Malaysia was recently surprised with the most adorable audience a busker could hope for.

While his song filled the busy streets with music, four small kittens drew closer to hear his soothing voice. As human after human passed by, the kittens remained mesmerized. 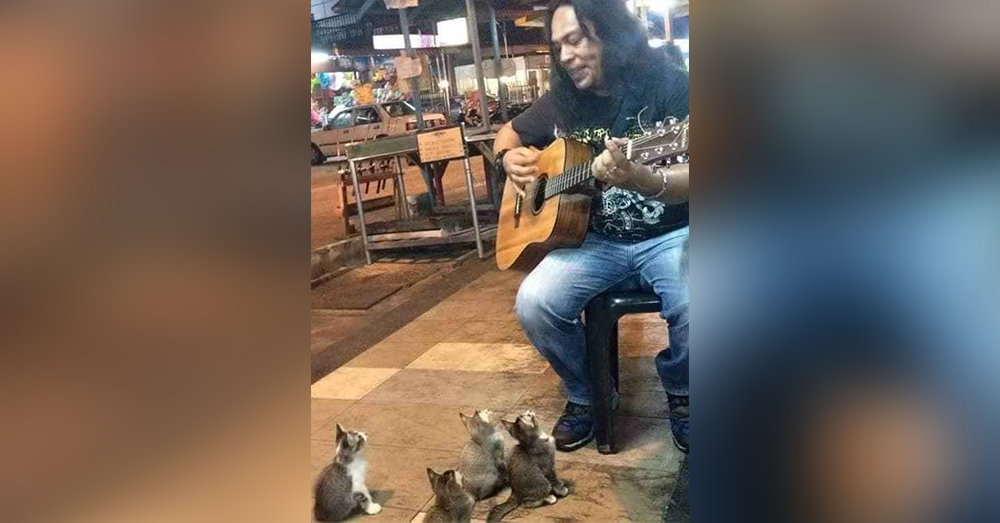 Source: YouTubeSami Hussein
The cats gathered for the streetside performance.

Those who make music for the world through public performances are taking on an often-thankless responsibility. It’s not easy to pour your heart and soul into something day after day, only to come home with a pocketful of change.

You really have to love what you do. It’s obvious this busker does, and likely even more, now that he knows who he’s playing for. 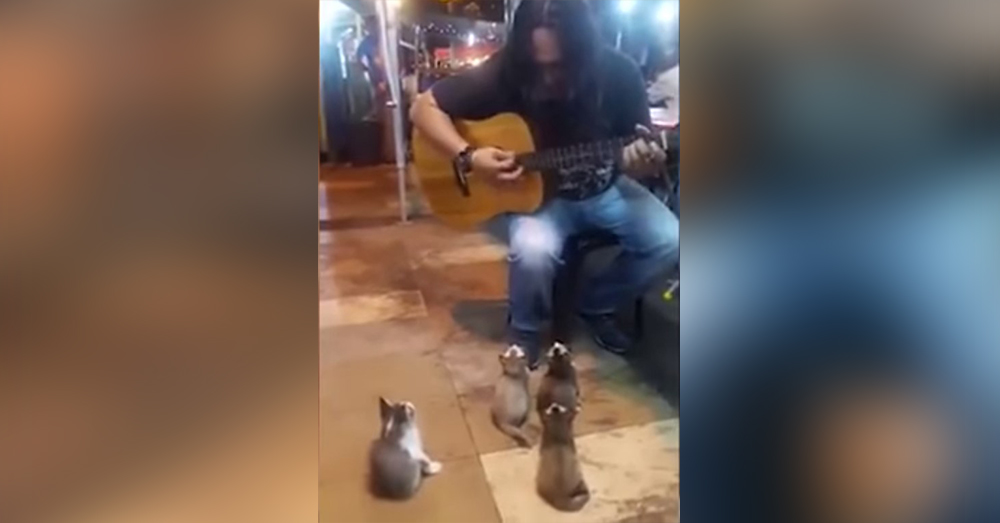 Source: YouTubeSami Hussein
They were affixed to the man’s music.

Watch this incredible performance below. You may be meowing for more, too!