Like many cats, Jordan, a long-haired cat from Pennsylvania, loves to shower his favorite human with presents. These gifts used to include mice, birds, snakes, and other typical feline prey, as well as the occasional piece of litter. But one day, the black-and-white cat suddenly turned his attentions toward a more unusual target: shoes.

At first, Jordan’s owner threw away the odd shoes that randomly appeared in his yard. But when the cat’s collection of pilfered footwear started piling up, owner BJ Ross created a Facebook page to help neighbors reclaim their stolen loot. 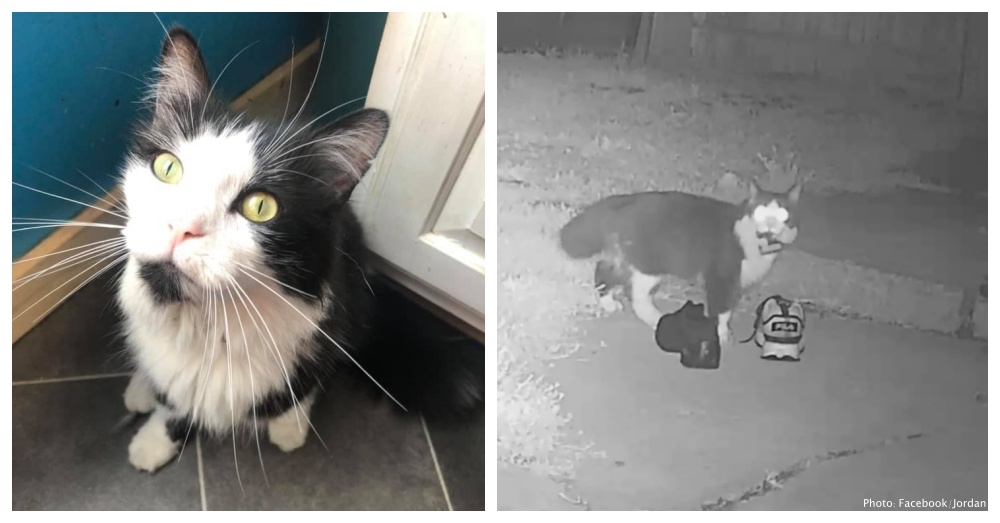 “If y’all know my cat Jordan, y’all know he loves to bring me home shoes!!!!!” Ross wrote in the public group, Jordan The Feline Cat Burglar, which quickly ballooned to include thousands of members. “This tiny little cat drags me home one, two, three shoes. Every night!!”

Most members aren’t actually victims of Jordan’s thievery but have tuned in to follow this adorable feline felon, whose illicit stash already includes 50 shoes – and counting. This startling intake led Ross to outfit his cat — who has been repeatedly caught on the security camera — with a GPS tracking collar to see how Jordan manages to collect so many shoes. 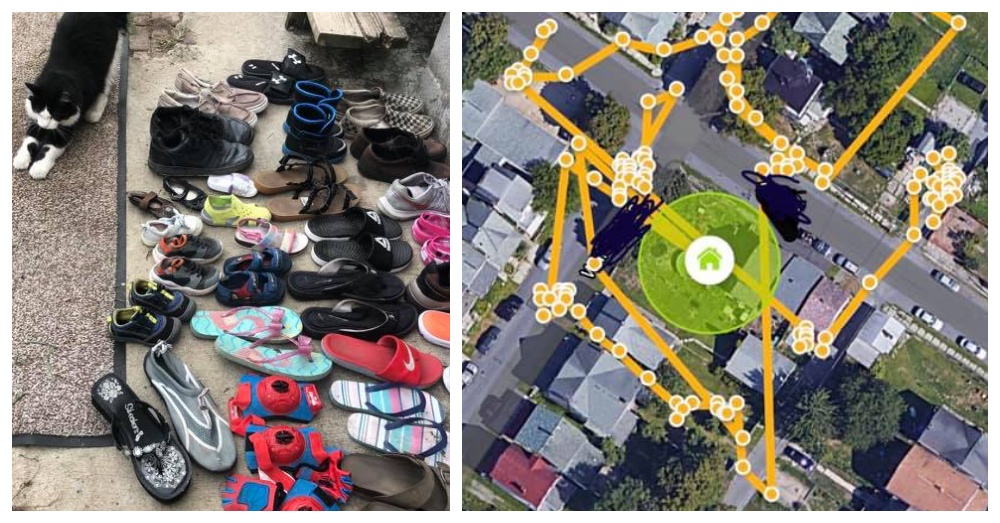 According to Jordan’s tracking device, this committed cat burglar maintains a large territory that encompasses multiple visits to houses throughout the neighborhood. This is likely because Jordan likes to present his owner with complete pairs, but — being a cat – can only carry one shoe at a time. A lesser cat burglar might find this limiting, but Jordan prepares for his nightly misadventures with lots of proactive napping. 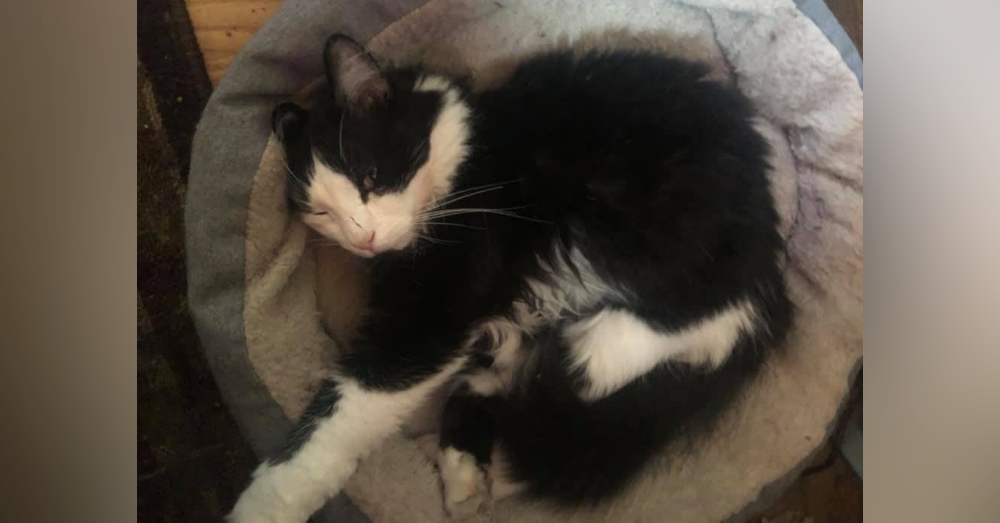 Regardless, most people on Jordan’s Facebook page are endeared by the cat’s penchant for human footwear, which has inspired hundreds of comments and adoring fans on Facebook. “It kills that he goes back and gets the other shoe to make a pair smart kitty,” one Facebook user wrote. Another woman confided that her young daughter “thinks Jordan is “so cool” and insisted on leaving her sister’s shoes out for him.”

It’s unclear if Jordan’s victims are equally entertained by the cat’s thievery, but Jordan’s owner is happy to make returns if somebody recognizes their shoes and messages him directly.

Watch Jordan the cat burglar in action in this hilarious video!