When two cats were left to die in sealed buckets in a trendy New York City neighborhood, the police sprung into action.

The crimes were especially brutal, as the animals are all but guaranteed an agonizing death.

“There is no way a cat could escape,” posted Animal Haven, the shelter that cared for the felines following their rescue.

SOMEONE DUMPED ANOTHER CAT IN A BUCKET, and we need your help. You may remember when we recently found Sage, a young cat, sealed in a bucket and abandoned outside our shelter. Around 7:45pm yesterday, we found another bucket left next to the public trash can with a cat inside, as if left for garbage. Luckily one of our staff members recognized the bucket, brought it inside and pried it open. This poor kitty is in bad shape and, needless to say, is terrified. We have contacted the police, but we’re asking that everyone in the vicinity of our shelter in Soho PLEASE keep your eyes out for any suspicious buckets or containers like the ones in these photos! If anyone recognizes the person in this video, contact us immediately. And if you are ever desperate to surrender an animal, please reach out to us directly.

“They were left to go out with the trash and were only found because they seemed suspicious,” Tiffany Lacey, executive director of nonprofit animal shelter Animal Haven, told HuffPost in an email. The understandably traumatized survivors were nicknamed Charlie and Sage.

Sage was discovered when someone noticed tiny eyes peeking out from inside a bucket in the trash. She could have been thrown in the trash compactor but was instead rescued and taken to Animal Haven.

BREAKING: We don’t even know how to caption this photo (scroll through). Staff isn’t left speechless that often anymore but when morning kennel went to move what appeared to be just an empty bucket on the side of our building near the back door, they were shocked to see a tiny eye looking back up at them. Yes, believe it or not but someone left an innocent cat in a bucket outside our door overnight. 🙏🙏🙏😔😔😔Luckily the sweet thing, who we have named Sage, is safe and sound now but we can only imagine how scary the ordeal must have been. Also to make matters even worse the bucket was left next to our trash so it’s a miracle that Sage wasn’t picked up by our garbage collector and never seen again. 😢😢😢 Please spread the word that if you ever need to surrender an animal, please contact us directly. Staff is working to find out who is responsible via our security cameras. If you have any information, please contact us at dogsandcats@ah-nyc.org or at 212.274.8511. You can also DONATE to Sage’s care now at animalhavenshelter.org or at the link in our bio. #animalhaven #catsofinstagram #cats #amazingcatrescue

The following month, police found another bucket, sealed with a cat inside. This cat was also alive but in very poor shape.

According to Lacey, a security camera may have captured footage of the same man dropping off each of the buckets nearby. Whether or not the suspect intended for the cats to be rescued is unclear.

“He’s leaving them in places that would be hard to find easily,” Lacey said. “They are blending in to the trash. This last one was set next to the city street trash on our corner ― not even really near our building.” 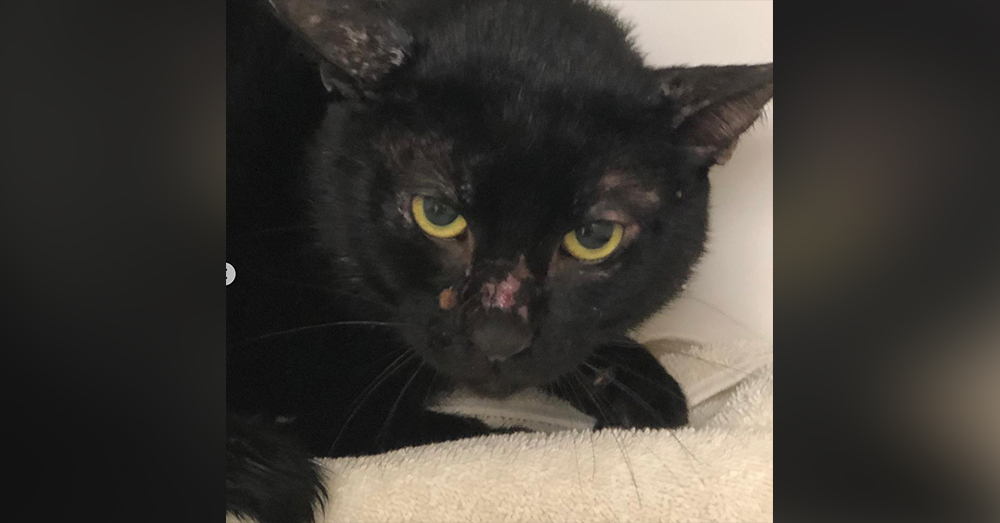 Source: Instagram/animalhaven
Sage was rescued from a sealed bucket.

Sage has recovered with treatment from the veterinarians at Animal Haven. He has survived with minor skin injuries. It will take a little more work to recuperate the other cat, Charlie, and still others may yet be discovered.

The Animal Haven staff and cat lovers everywhere are hoping this is the end of this malicious trend, but police are still looking for suspects. 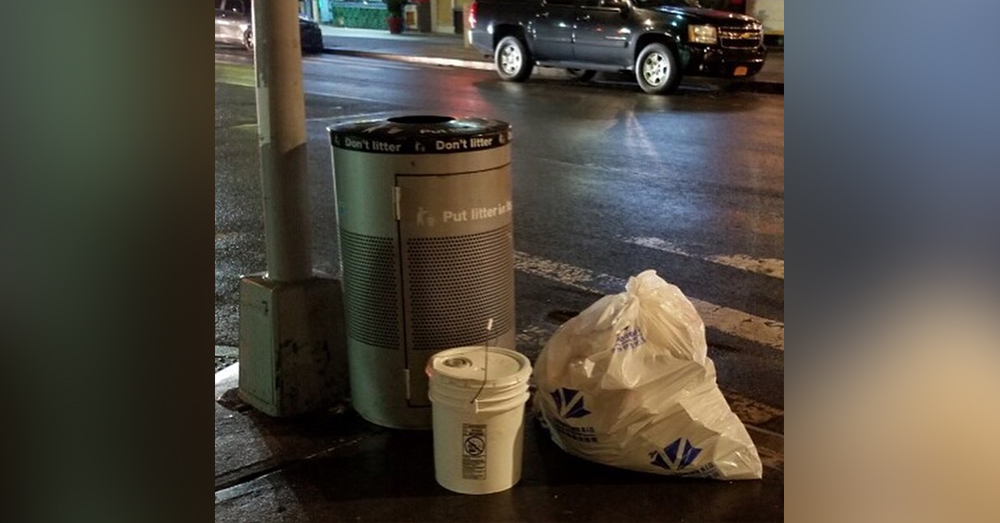 Anyone with a pet who fears they can no longer provide adequate care for the animal, still has other humane options besides abandonment.

Animal shelters are willing to accept surrendered animals at any time, providing the possibility that the animal may be adopted out to a caring forever home.

“If we can’t help directly, we have resources and other locations to safely surrender pets,” Tracey said.