When Lulu was finally rescued from an animal shelter, the 10-year-old cat wasn’t in great shape. Not only did the feline suffer from kidney disease, her long fur was matted with knots and her nails were ingrown after spending a year locked a cage that was too small. Lulu spent a whole year in the shelter being overlooked by adoptive parents put off by her scruffy appearance, before finally meeting a woman who sympathized with the poor cat’s plight.

“I tried to convince my mom to get a kitten but she clearly knew what she was doing,” wrote Kayla, whose mother finally decided to give Lulu a second chance. 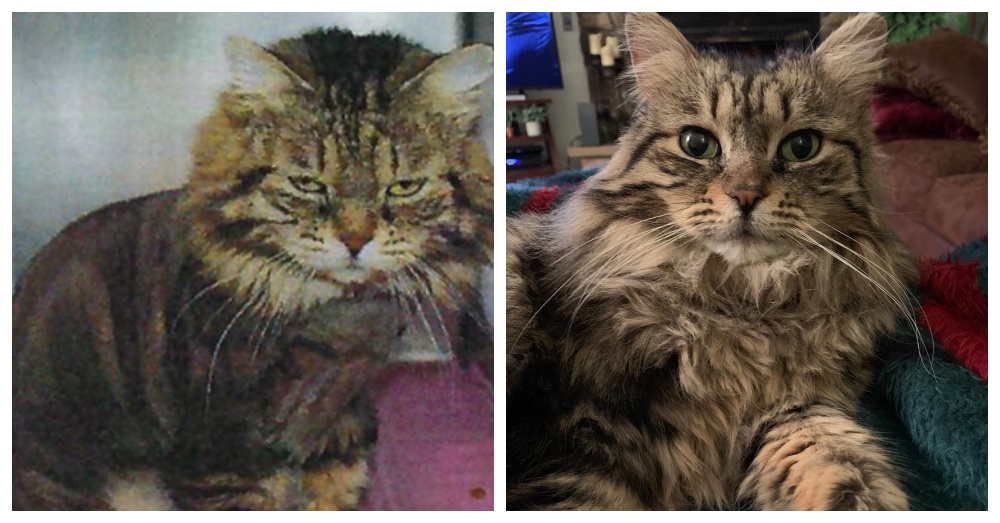 “(Lulu) had been in the shelter for a year and no one wanted her because she had health problems,” the daughter wrote on Reddit. “She has kidney disease, and also has ingrown nails from being in too small of a cage. She couldn’t even jump when we first got her….”

But over the next couple of months, Lulu went through an amazing transformation in her new home, which you can see in the before and after pictures above. The tabby cat’s mangy fur grew into a lush, fluffy coat, her eyes seemed brighter, and the previously subdued cat was suddenly blessed with energy and eager to run, jump, and play. 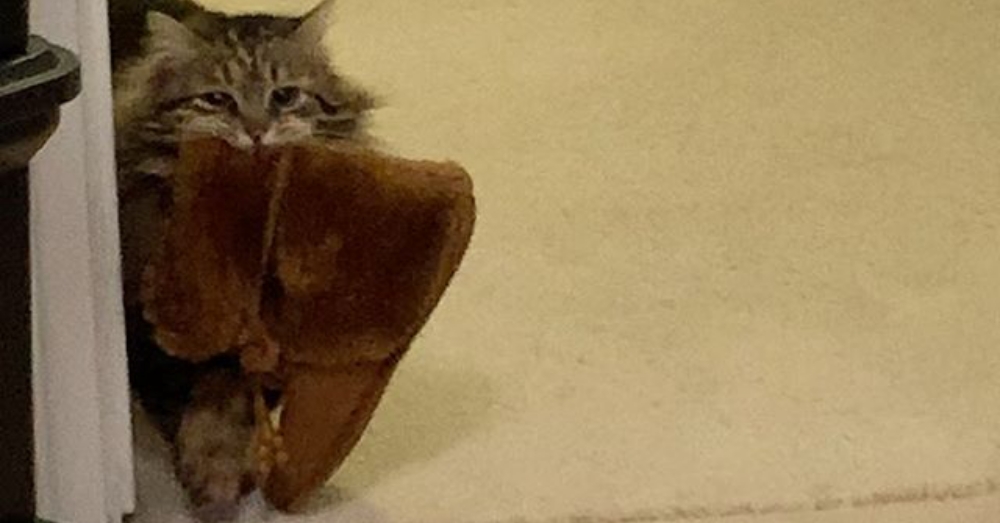 Around this time, the grateful rescue also decided to start thanking her human for providing the warm, loving home that helped change her life.

One morning, Kayla’s mother awoke to find that Lulu had helpfully dropped one of her slippers by her bed before meowing proudly and running off to fetch the second slipper. The slipper was slightly damp with cat drool, but Kayla’s mom still put in on to show Lulu that her sweet gesture was appreciated.

“My mom was surprised [the first time it happened],” Kayla told The Dodo. “She wore the drool-covered slippers to encourage Lulu.”

This game has since grown into an adorable morning routine, with Kayla’s mother awaking to find her grateful cat bringing her slippers into her room. It would definitely be quicker for Lulu’s mom to just fetch the slippers herself –- Lulu, being a cat, can only carry one slipper at a time — but the grateful rescue clearly enjoys helping her human stay cozy and warm. 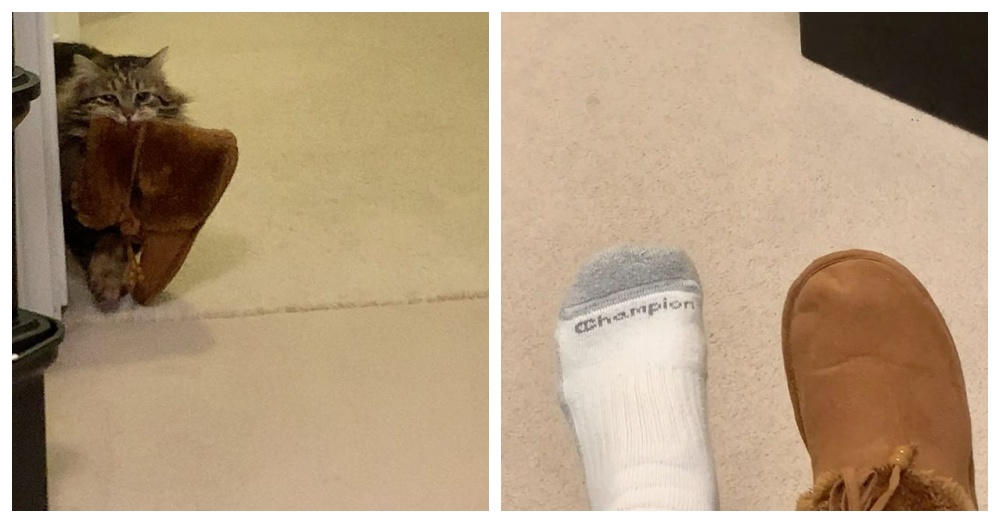 “I didn’t believe (my mom) until she got it on camera finally,” Kayla said of Lulu’s new morning routine, which now takes place on a regular basis. “It really seems like she just wants to take care of my mom, since my mom takes such good care of her.”