Procrastinators take note. If you’ve ever had problems with a dog eating your homework, perhaps it’s time to get a cat.

A cat in China has recently become the star of a viral video for watching over a boy while he is completing his homework.

And it will be completed, too.

The moment the boy takes his eyes off the paper, the British Shorthair pierces his soul with a death stare. 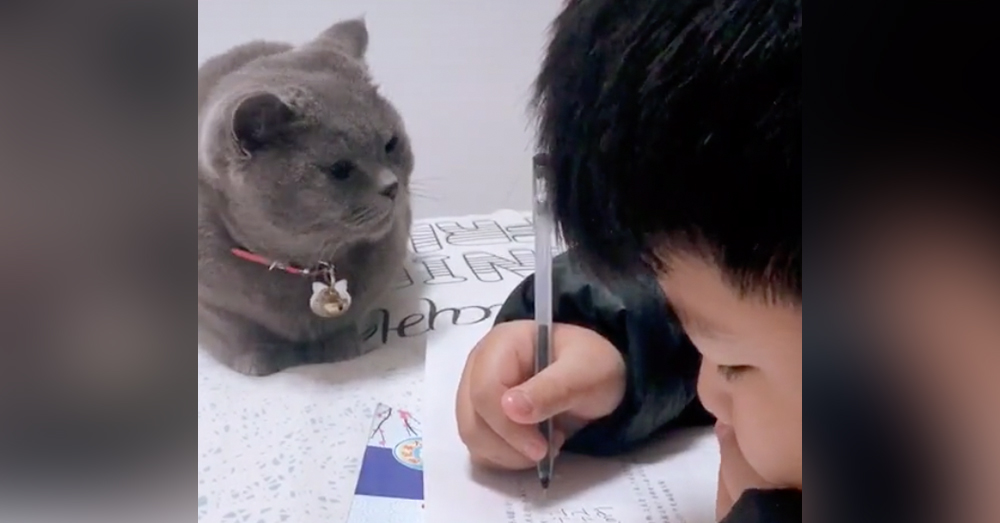 Source: Douyin/Lemon
The cat is keeping his student hard at work with the threat of death stares looming overhead.

A 19-second video of the cat was uploaded to the Douyin app, and within days attracted more than 1.6 million likes and 64,000 comments, the Daily Mail report.

Douyin user “Lemon,” thought to be the young student’s mother, uploaded the video. She joked that the cat had been concerned with the boy’s performance in school. 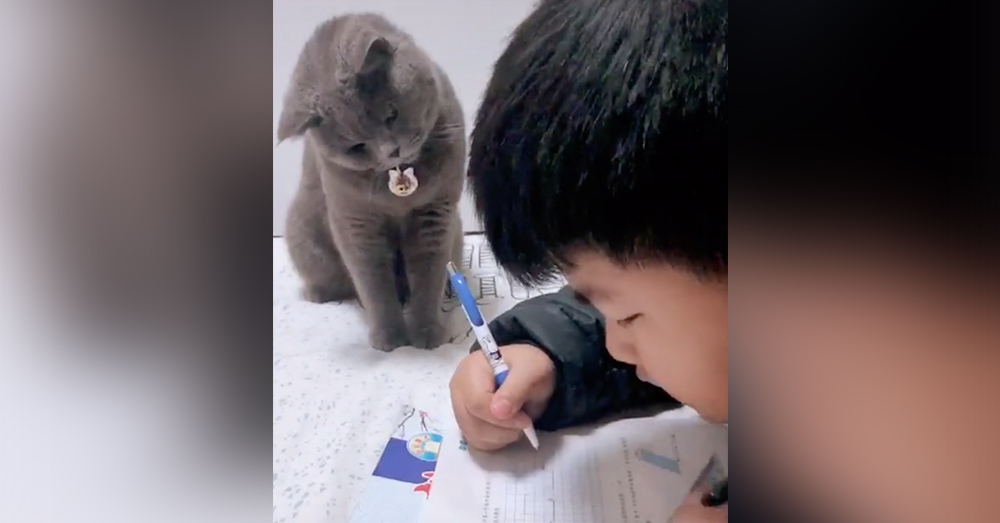 Source: Douyin/Lemon
The video was posted by the student’s mother.

The video starts off showing the boy concentrating on a geometric problem. The cat likely understands it’s not his best subject, and hunkers down into a loaf while his human works through the solution.

The boy knows what he has to do to please this furry guardian. But will he come up with the right answer?

“This free supervisor is very good. How cute! And the child will not resent it.” one viewer commented.

‘This cat’s look is like saying “do you really know the answers?”‘ another wrote. 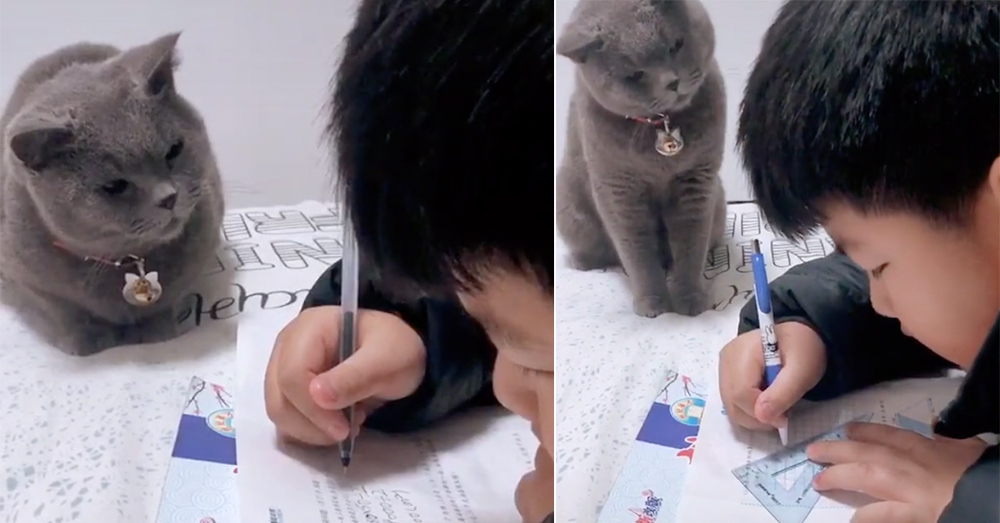 Source: Douyin/Lemon
Would you find the right answer under such strict conditions?

Lemon responded with a message to viewers. She wrote that the boy appreciated the accompaniment, and that the doting feline only had her son’s best interests in mind.

It’s hard to imagine a fish being this focused on a young pupil. This family made the right decision when they adopted a cat!