They Already Had 3 Cats And A Dog. But When Their Cat Bonded With A Stray Kitten, They Knew There Was Room To Rescue One More

Justin and Kristin LaRose, from Long Beach, California, have a large fur family that includes a dog and three cats with distinct personalities.

One of those cats, Ollie, has always been “sassy,” the couple told Love Meow, recalling how Ollie took some time adjusting to the rest of the family. “It took four years and more patience than we ever knew we could have, but he finally calmed down,” said Kristin. “He loves the dog but is notorious to the other cats.” 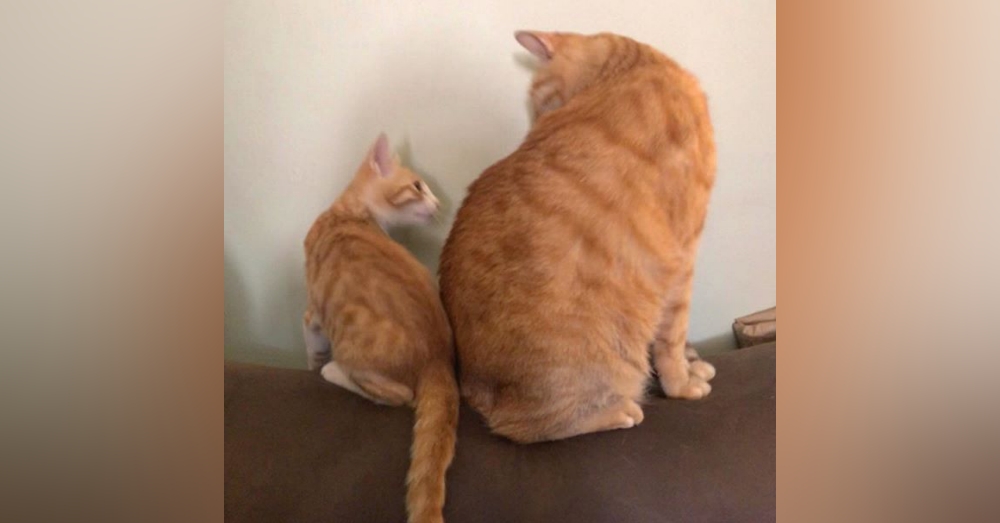 Given Ollie’s alpha-cat behavior, the couple was shocked when the 6-year-old cat bonded with a stray kitten who wandered into Justin’s woodshop one day. “Once I heard that cry I knew it was serious,” Justin said, recalling how the skinny kitten was covered in paint, loudly meowing, and desperately pawing against the screen door. But when Justin picked him up, the kitten instantly started purring.

After a bath, food, and a trip to the vet, the little kitten, now known as Cru, was feeling much better, so Justin took him home to practice being social with their other cats. Nobody expect much of a welcome from Ollie, but surprisingly, the older cat instantly bonded with the little kitten, catching Justin and Kristin by surprise. 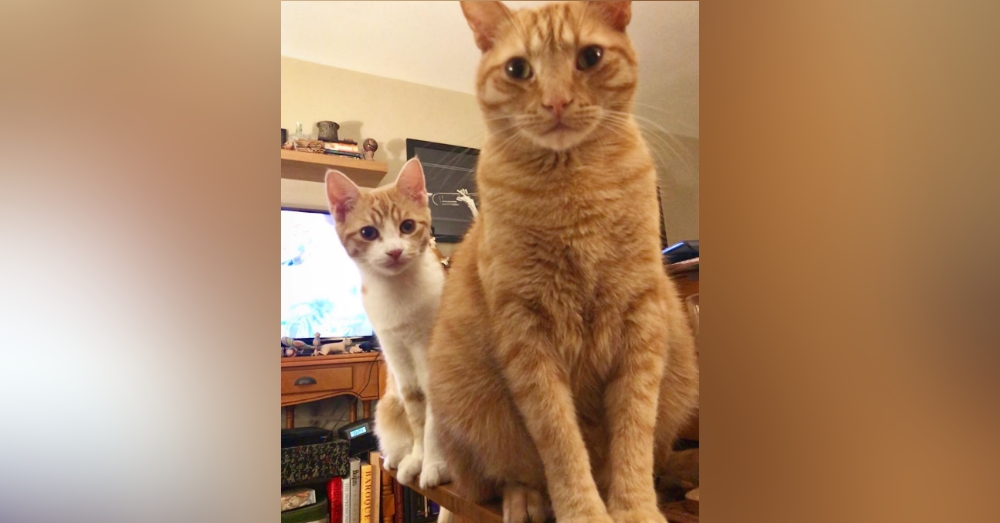 Despite his prickly history with the other family cats, Ollie showered Cru with attention, gently cuddled and played, and always hovered nearby, like he was showing the kitten how to be a big cat. It was almost like he’d just been waiting to become a big brother.

“It’s crazy to watch him have a little buddy that he’s so gentle with even though Cru is so rowdy with him,” Kristin said, recalling how Ollie – never known for his tolerance before now – even patiently suffered Cru’s kitten-like bursts of hyperactivity. 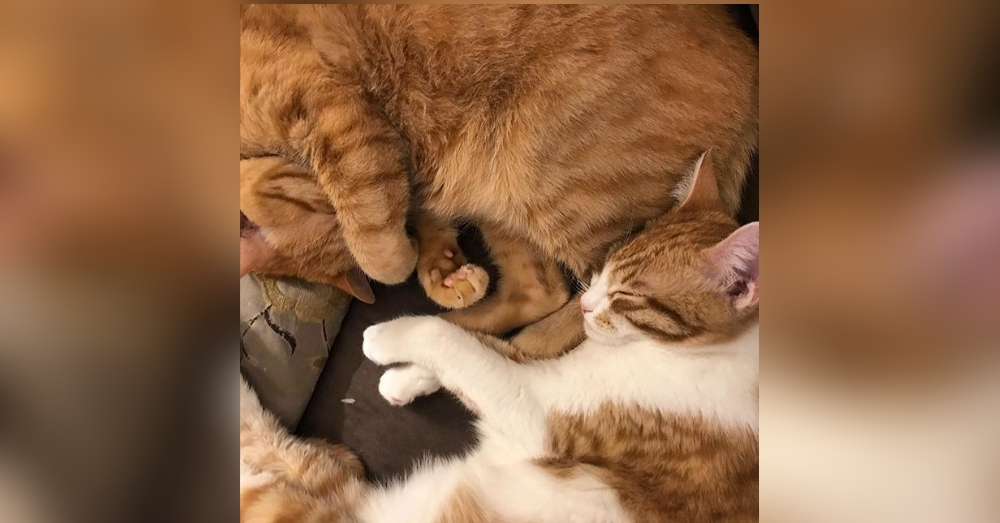 Today, Ollie and Cru still do everything together – sharing their meals, snuggling together at nap time, and getting up to the not-so-occasional mischief. Their inseparable bond has also groomed Cru into a confident cat – just like his big brother.

It also convinced Justin and Kristin – who had just planned to foster Cru, because they already had so many animals at home – that there was, in fact, room for one more rescue. “He blossomed with the animals at my apartment. I am a foster fail and I’m proud of it,” Justin said. 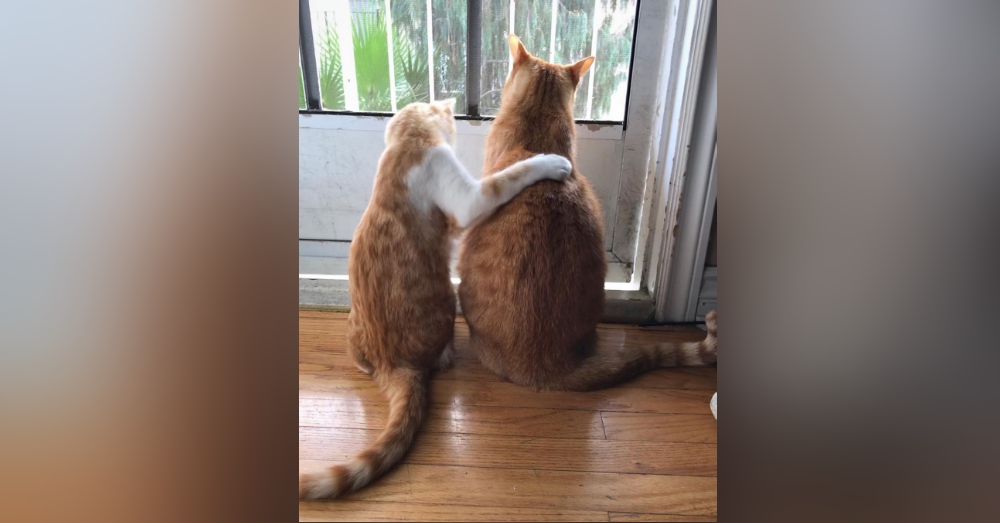 Meanwhile, the family continues to marvel at Ollie’s remarkable transformation, which would never have happened had not this tiny stray just showed up one day at the door. “I never thought Ollie would have a cat buddy like this,” Kristin said. “Their bond is extra special.”