Sick Woman Left Her Cat With A Neighbor, Then Her Neighbor Moved Away, Leaving Her Cat Alone…

For 11 years, George the cat had lived in happiness with his owner, Fiona. The Sydney, Australia, duo thought they were living happily ever after, but everything quickly changed. Fiona was diagnosed with severe health issues and needed to travel to Ireland to get the care she needed. Unfortunately, she couldn’t bring George with her. 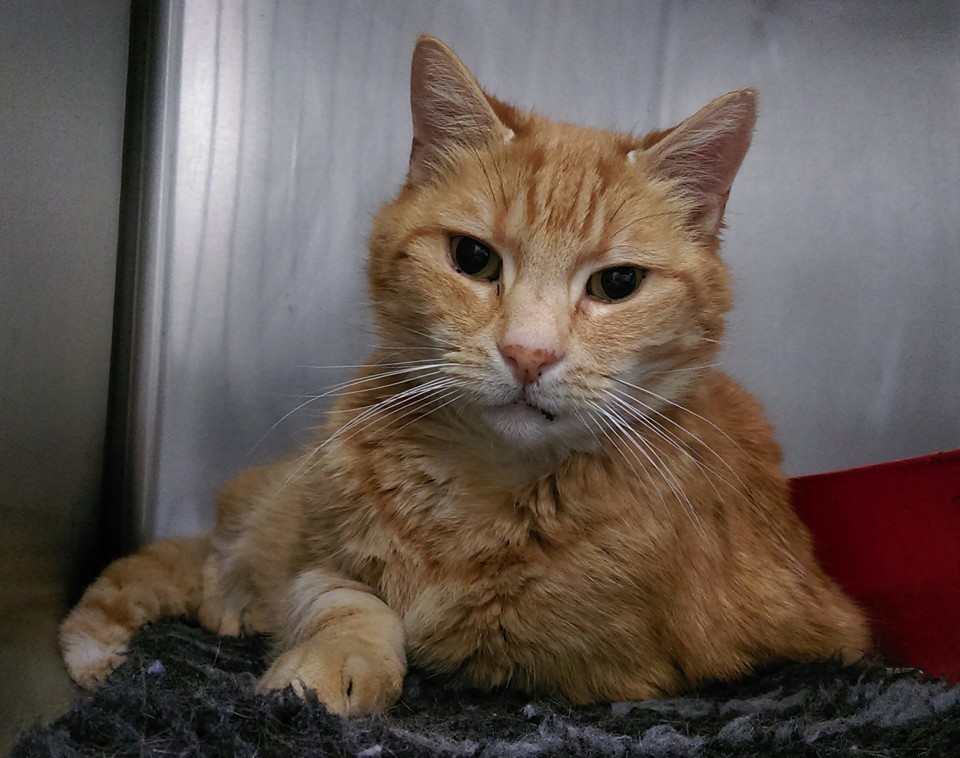 She refused to give him up, so she arranged for George to stay with a neighbor until she could return. After all, she was only planning a short stay. She would miss her feline friend, but at least she knew he would be taken care of. 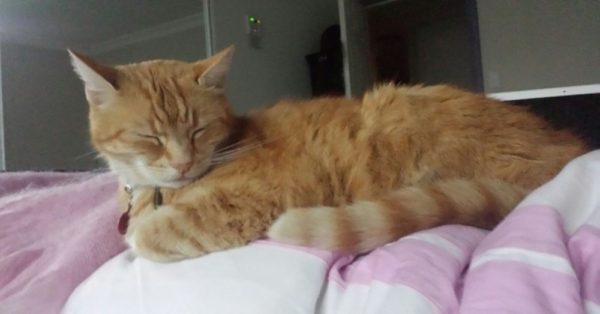 However, things didn’t go as planned. Once in Ireland she was told that her health was much worse than she thought. She would have to stay much longer. Then, she got even more bad news. George wasn’t being taken care of either.

“A couple of months ago, [Fiona’s] neighbors moved away and left poor George to fend for himself,” Sara Daly, a friend of Fiona’s, wrote online, according to The Dodo. 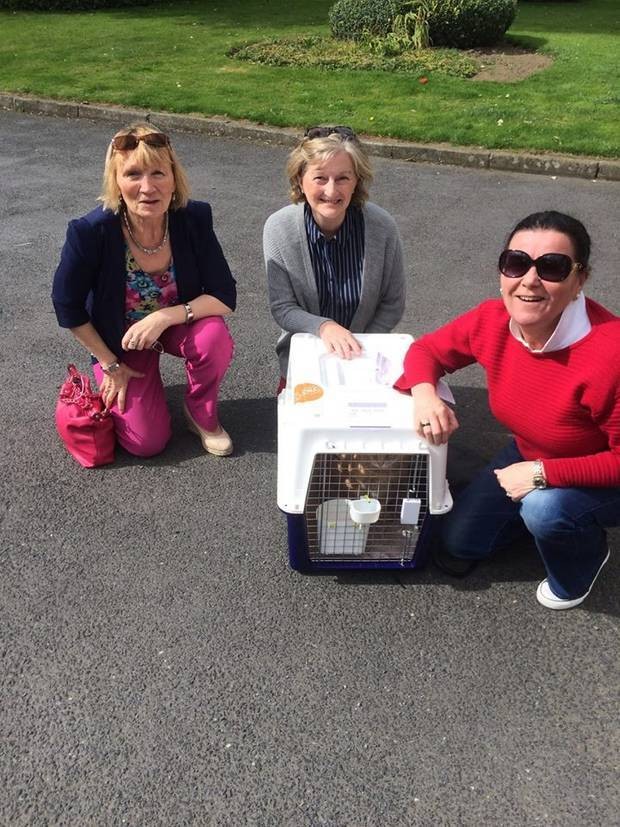 It is unclear whether the people abandoned the senior cat or George ran off and they didn’t bother to look for him. Either way, Fiona knew she needed to find her pet. Thankfully, George was microchipped and was able to find out that he had been taken to a local shelter.

However, it would be very expensive to get George to her in Ireland. If she didn’t do something soon, George would be put up for adoption. Fiona’s friends decided to step in and do something to help their ill friend. 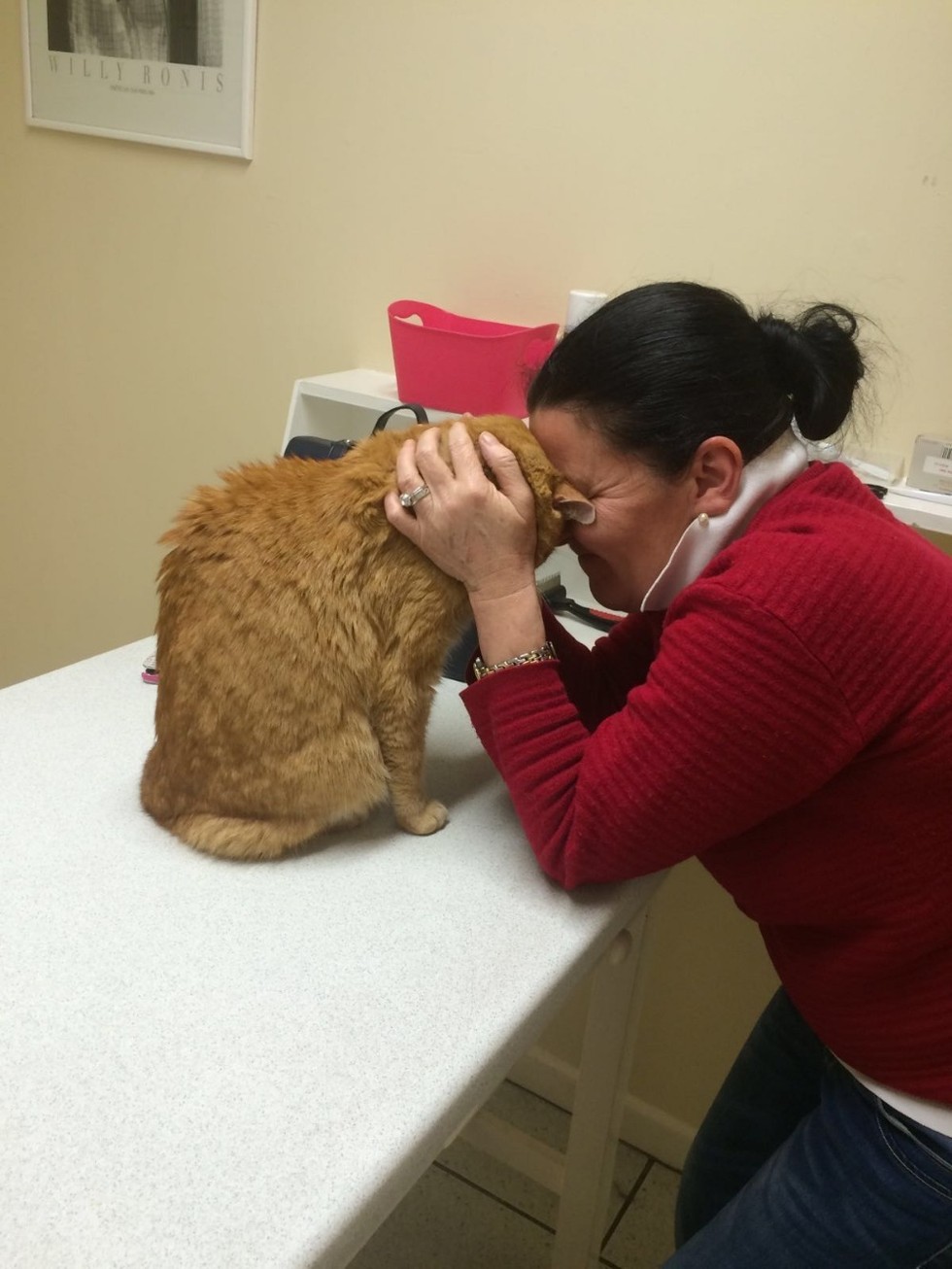 “In late July, two friends of the cat’s owner, Fiona, Cait Commins and Sara Daly, came into my office,” Ronan Cahill, a web developer in Fiona’s Irish town of Athenry, told The Dodo. “They explained about George and that they’d just come from the bank after opening a bank account to raise money for him.” 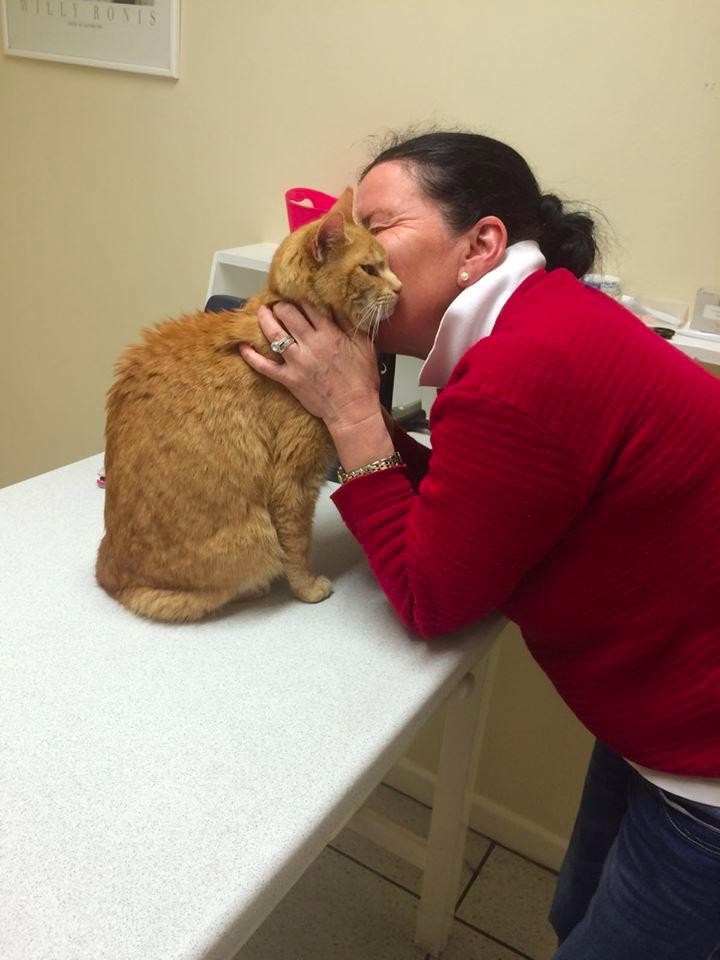 Cahill started a social media page and a GoFundMe page to raise funds for George. In mere weeks, the generosity of total strangers had helped raise enough money to reunite Fiona and George.

The reunion was absolutely heartwarming. Despite being separated for a while, George immediately recognized his owner and it was like they were never separated.