Abandoned Kitten And Rescue Piglet Comfort Each Other

In Santiago, Chile there is a beautiful friendship that has blossomed between Laura, a piglet, and Marina, a kitten.

The pair first met when they were both brought to the Santuario Igualdad Interespecie – an interspecies equality sanctuary. 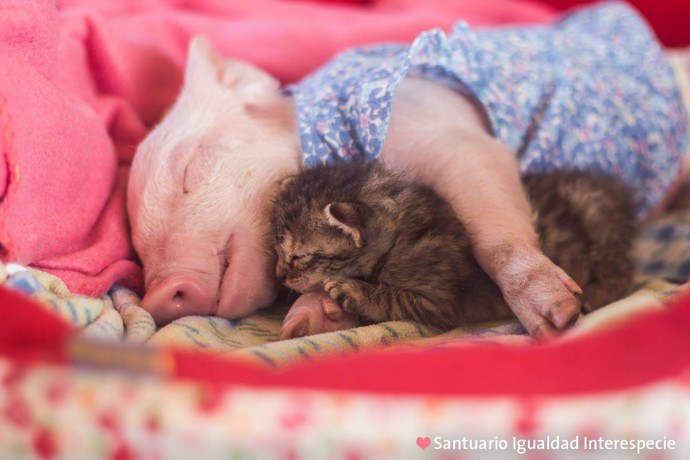 Marina ended up at the sanctuary after she was found abandoned by her mother. The poor kitten was sickly, weak, and had eyes full of pus. Luckily for Marina, she was found and saved by a kind person who brought her to the Chilean sanctuary just in the nick of time.

Had she not been rescued when she was, things would’ve ended quite differently for the sweet little kitten. 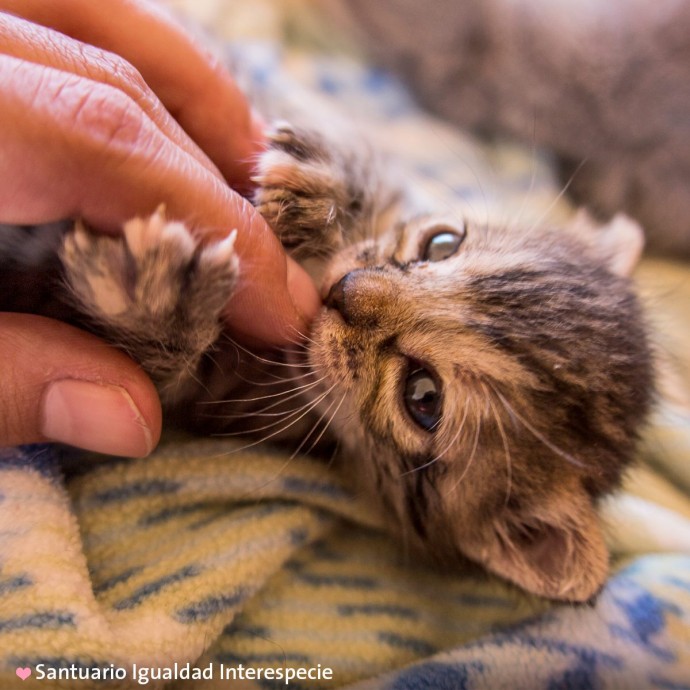 Laura had an equally rough start to her life. She was born to a mother who was a breeder pig. Laura was originally destined for the slaughterhouse, but her fate was changed after some activists saved her from the meat market. She was also brought to the sanctuary. 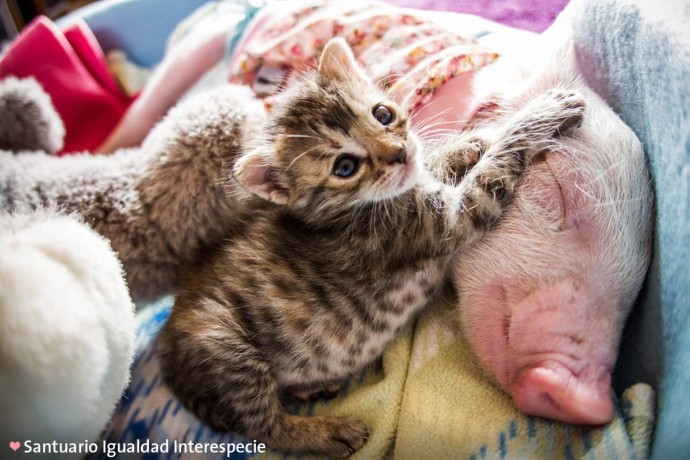 When Laura first arrived, the poor piglet was so nervous that she was shaking with anxiety. 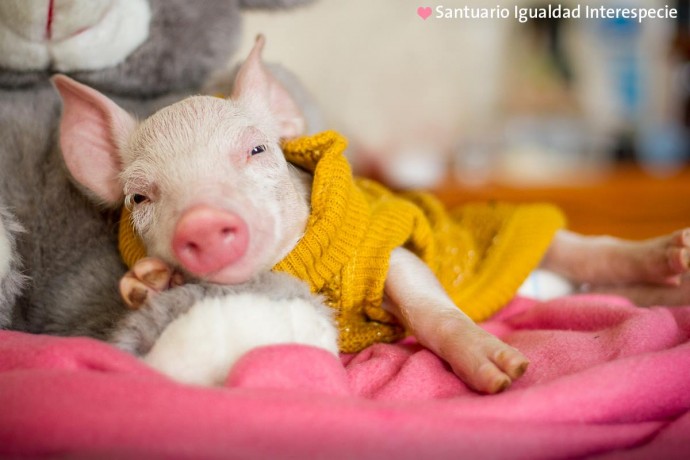 The kitten and piglet were rescued only mere days apart. Brought together, Marina ended up being able to provide Laura with some much-needed comfort. 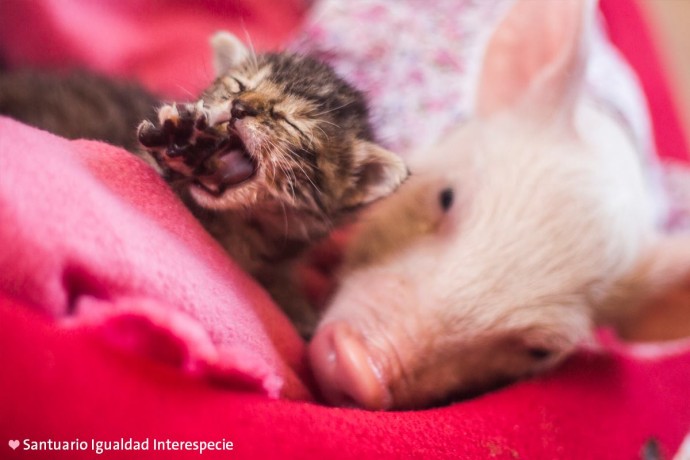 It didn’t take long for the two to establish a friendship, and now they’re inseparable. 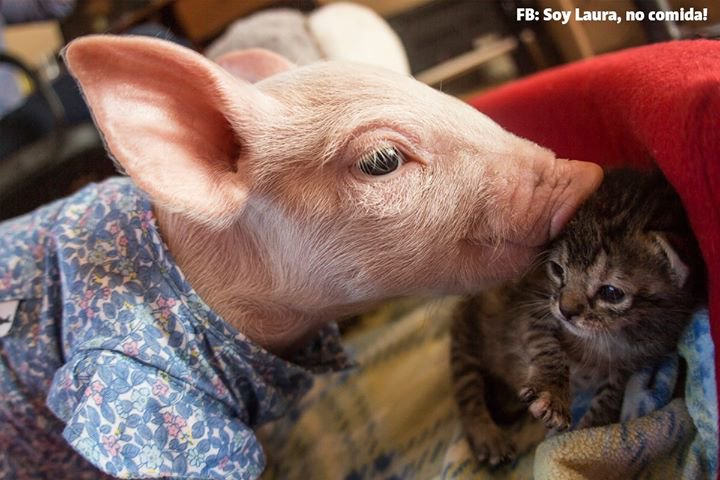 The pair enjoy spending time together cuddling. When they’re not enjoying naps together, the two certainly like to play together. They are a great example of how love and friendship can cross all boundaries.