Cat And Deer Become Friends Through Living Room Window, And Their Unlikely Bond Is Going Viral

Nor is Vance at all frightened by these wild creatures, even despite their vast disparity in size. According Vance’s owner, Johnie Sexton, the friendly cat is something of an animal whisperer, and tries to befriend almost everyone who passes by. 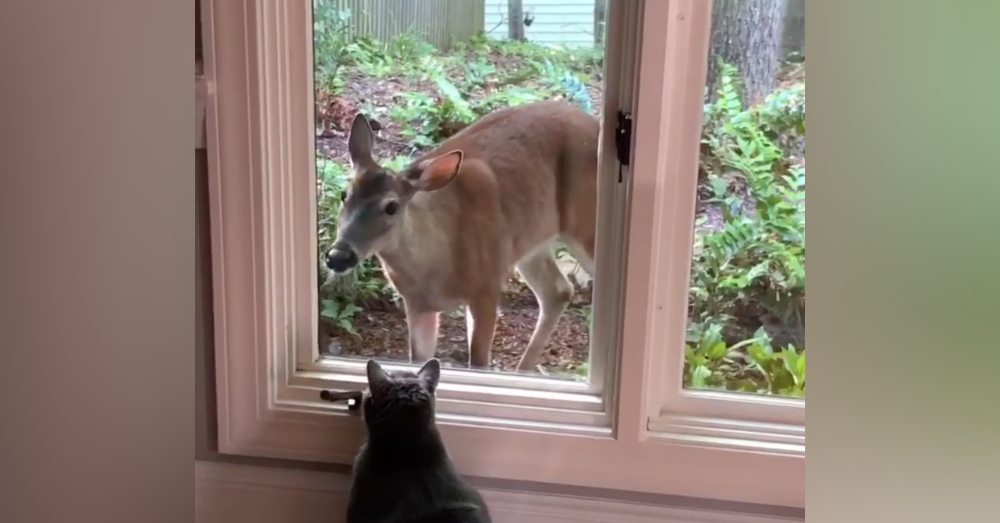 “The deer would move and Vance would follow the deer to kind of continue this attempt at communication,” Sexton continued. “His brother Henry is a little bit shyer and was on the sidelines but Vance really was talking to the animals.” 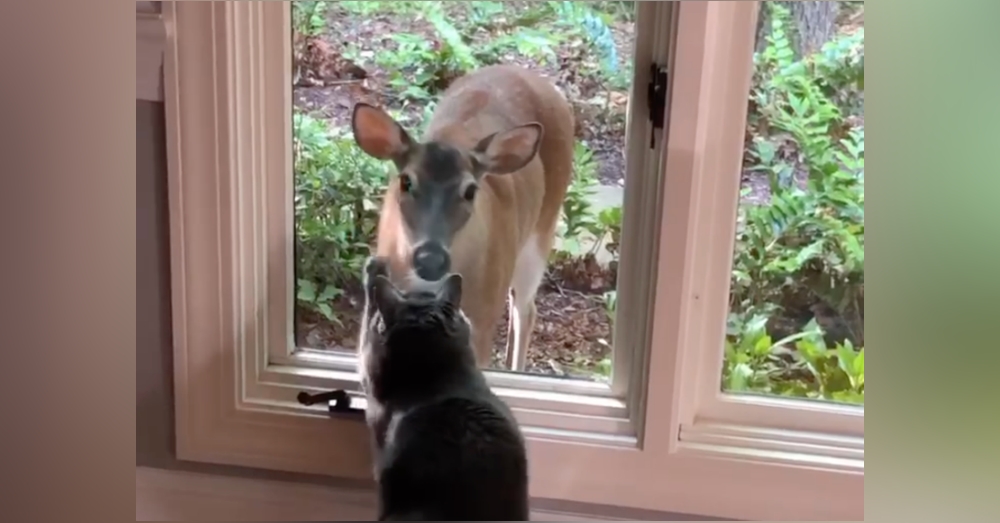 The adorable video below shows Vance locking eyes with the deer though the ground-floor window, then excitedly purring and hopping around as the deer moves in closer. At one point, the cat even tries nuzzling the wild animal through the glass. “If you listen–the audio is on–you can hear Vance doing something I’ve never heard him do before and that was some vocalizations that was directed at the deer,” he explained.

But the cat’s fascination with his new friend wasn’t purely one-sided. “The deer was so entranced with Vance and would get closer to the window and put his nose on the window,” said Sexton, who later nicknamed the deer Maria. “And then the deer laid down in front of the window and just hung out for an hour.” 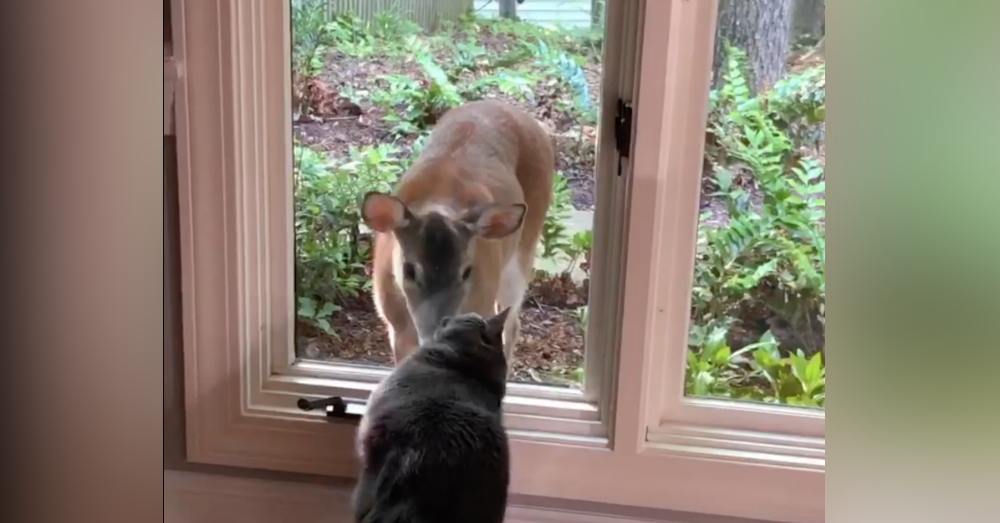 Naturally, this adorable video is going viral, because everybody’s desperate for heartwarming content to combat our ongoing pandemic blues. And while he was surprised to see Vance become Internet-famous, Sexton is happy his pet’s unusual friendship has helped lift the national mood.

“I think this came along when all of us needed something peaceful, non-controversial, just sit and enjoy,” Vance’s owner said. “And how fortunate we were that it happened here. I watch it several times a day because it just brings about joy and peace. I think its what we all maybe needed for a moment in time.”

Check out Vance and Maria’s heartwarming friendship in the video below!