When Kate King-Scribbins rescued her cat, she never expected the friendly feline would one day rescue her too. But that’s exactly what she believes happened.

35-year-old Kate resides in St. Paul, Minnesota with her husband and her four pets, including a cat named Oggy, who she rescued 15 years ago. Oggy has always been snuggly, but Kate says she noticed he was cuddling her more “aggressively” and seemed to be “obsessed” with lying on the left side of her chest. Even when she attempted to move him to a different position, he refused to go anywhere but that spot.

“If only I would have realized what he was trying to tell me,” says Kate. “I feel if he could talk he would call me stupid and say, ‘I’ve been trying to tell you about this cancer growing in your breast for months now. Please notice it and go get checked out.'” 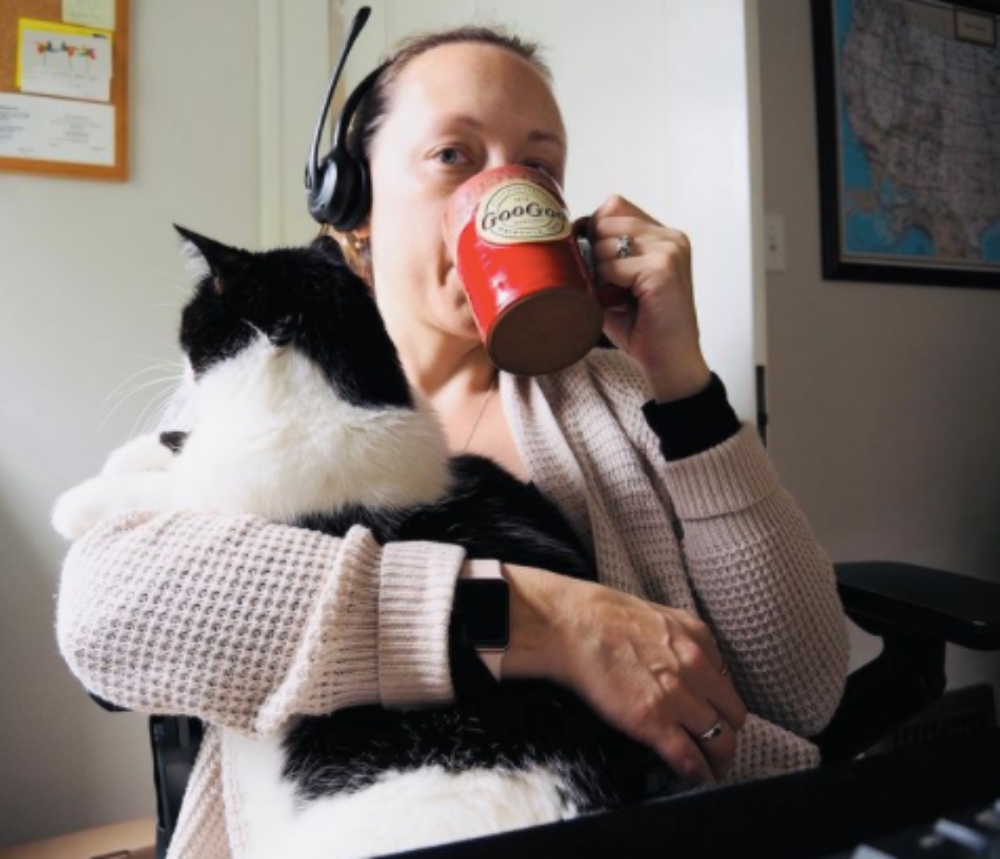 Eventually, the strange behavior prompted Kate to do a self-exam of her breasts, and she discovered a lump. She went to have it checked out and was diagnosed with stage III breast cancer.

“I look back on the changes in his behavior towards me before my breast cancer diagnosis, and I truly believe he was trying to alert me to the dangers growing in my body,” Kate says. “Oggy had always loved to snuggle up in my arms, but he began to snuggle more aggressively than usual, which was odd.” 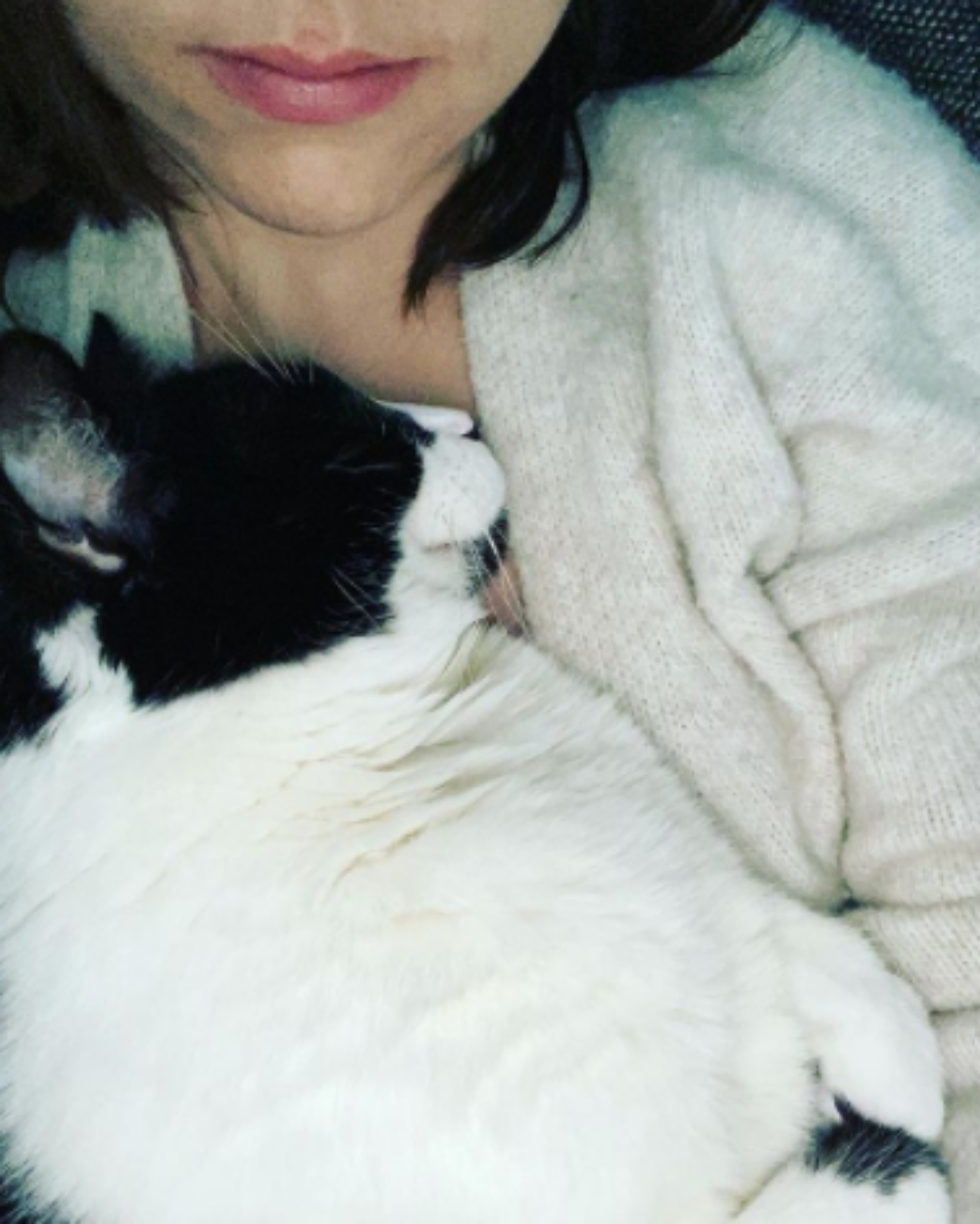 Kate knows there are skeptics out there who won’t believe her story, but she says she thinks people who have a close bond with their animals will understand.

“I don’t blame people who don’t believe me, but I’m not above looking like a crazy cat lady if it means someone else is alerted to a health problem sooner,” Kate says.

As Kate began chemotherapy treatment, she continued to watch Oggy’s behavior. He kept on cuddling her left side the entire time she was undergoing treatment, up until the point she had a mastectomy to remove the mass entirely. Once it was gone, he stopped focusing on her chest. 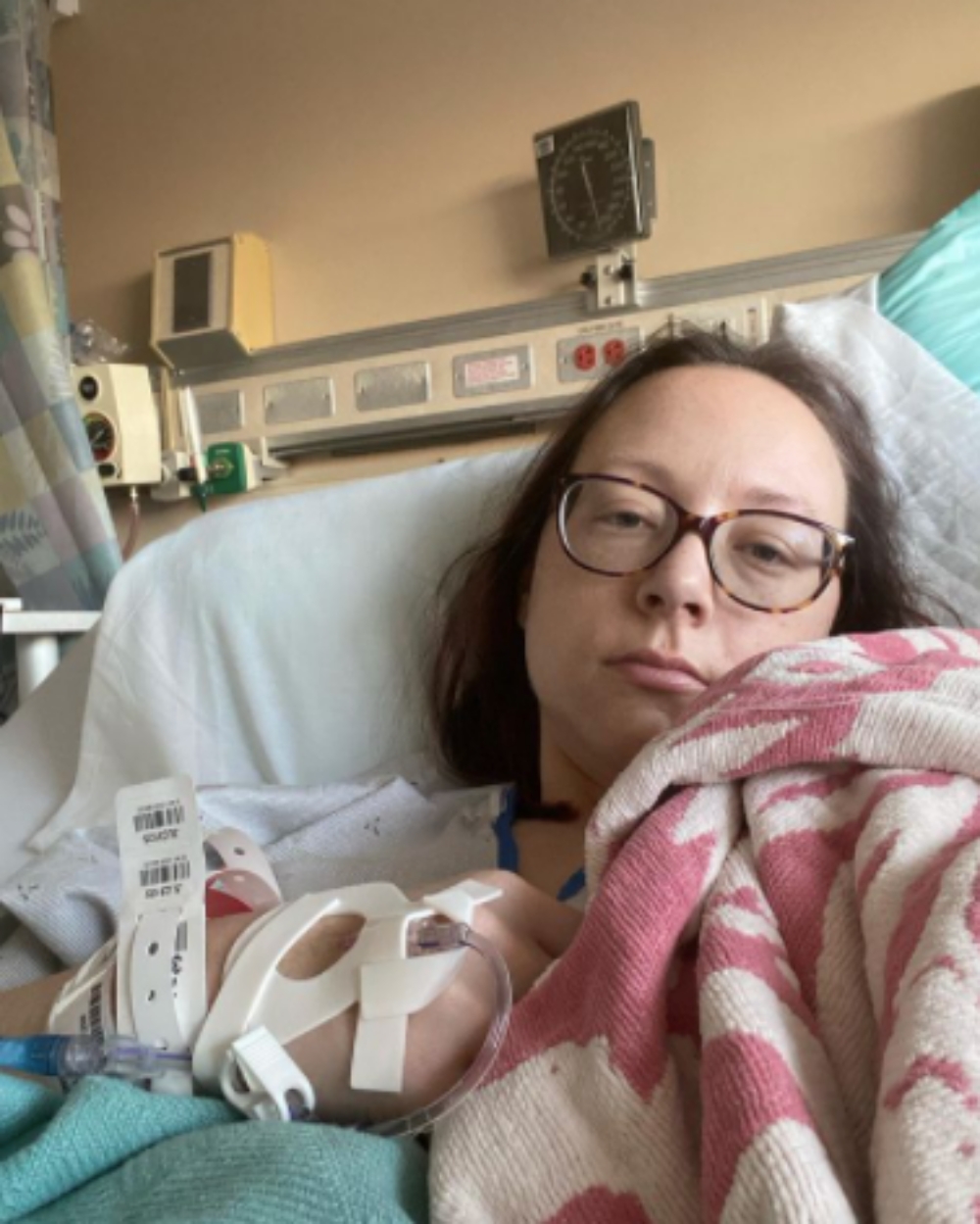 Kate is now in remission. This isn’t her first bout with cancer though. She also had a rare form of stomach cancer a few years ago and had part of her stomach removed to stop it from returning.

“It’s been a crazy three years. When I heard the words ‘you have cancer,’ my life changed forever, but my husband has been great, and I have befriended a lot of cancer survivors. It is good to talk,” Kate says. “Today I feel pretty good, the stomach removal surgery was pretty huge, but I’m starting to get my body and life back.” 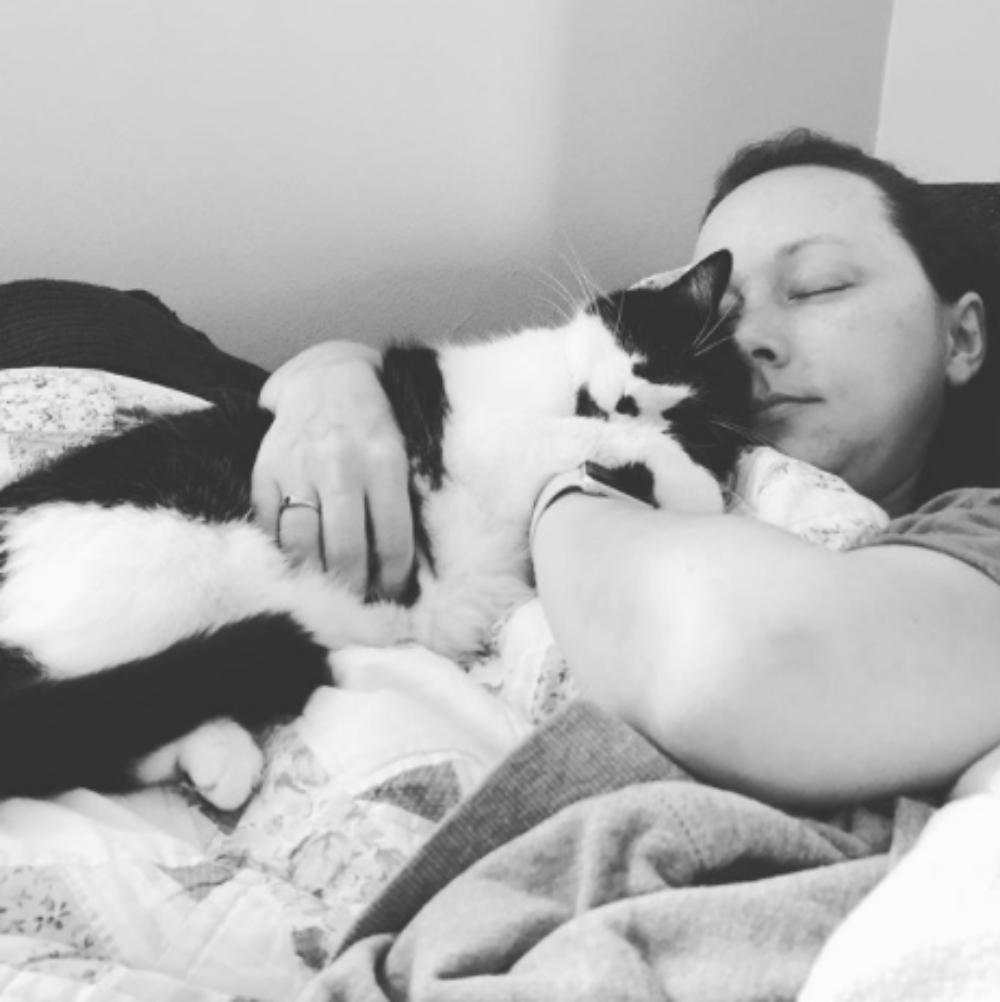 Kate knows she is far from being “done” with cancer. But she’s grateful to Oggy for helping her get diagnosed and to her other pets and support people for being here during her time of need.

“I can’t say I’m on the ‘other side’ of cancer, because as all cancer patients know, the effects of ongoing treatments and check-ups are never-ending. I will continue breast cancer treatments for years to come,” Kate says. “Cancer is forever a part of my life, and I am ok with that. It has made me who I am today and I am forever grateful to my amazing animals for their emotional support.”

Please remember to do self-checks on your breasts every month, and schedule regular mammograms or other screenings as recommended by your doctor. Not everyone has a cat as amazing as Oggy to alert them to their breast cancer.