The Presidential-Alert System test on Oct. 3 set off alarm tones and vibrations in phones across the nation. Unless you were stuck in airplane mode, or better yet, turned your phone off, you likely heard it, too.

As is the case with most alarms, this one wasn’t appreciated by everyone, least of all unsuspecting house pets who may not have received the president’s memo.

Cat owners all over the U.S. were quick to report the stress the alarm triggered in their pets. Some have yet to come down from the anxious episode. Perhaps they didn’t realize it was just a test. 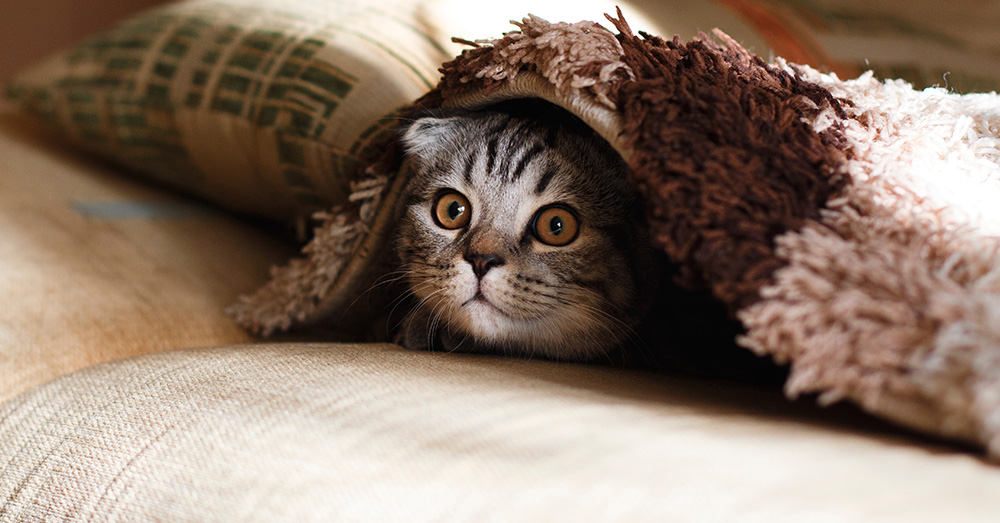 With some of their cats still worked up in a feline frenzy, here are a few responses from Twitter users: 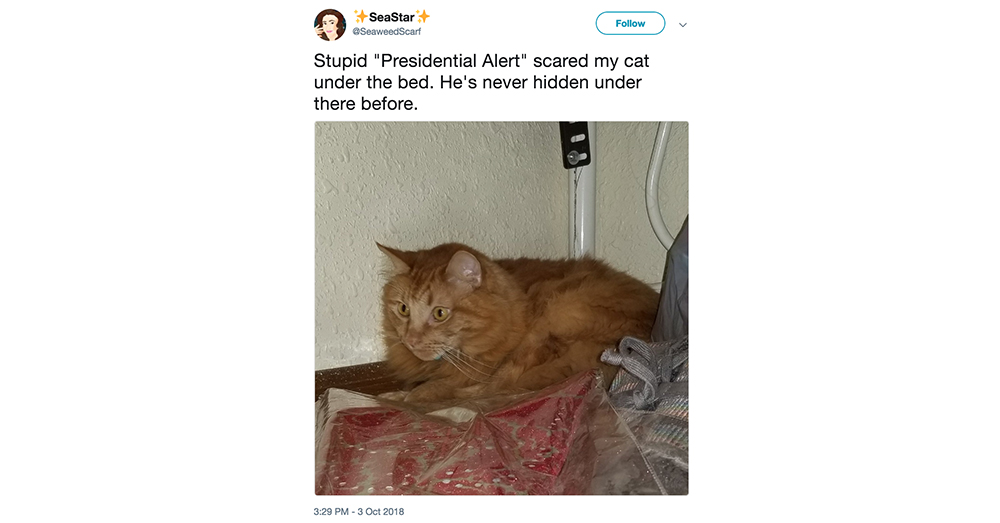 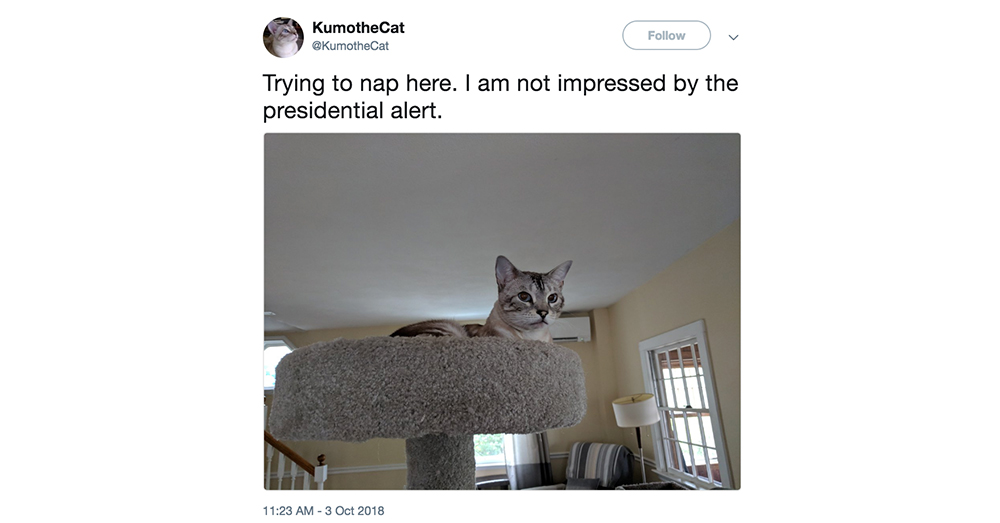 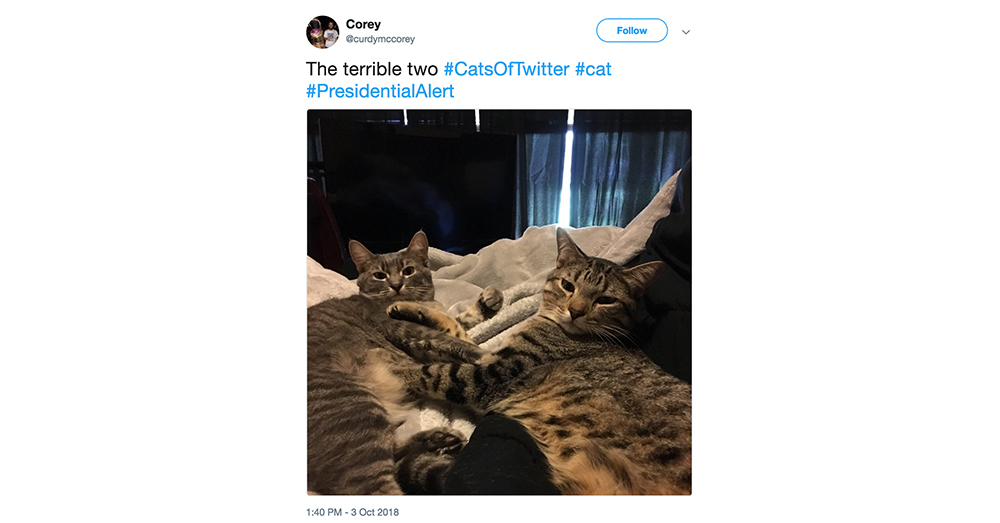 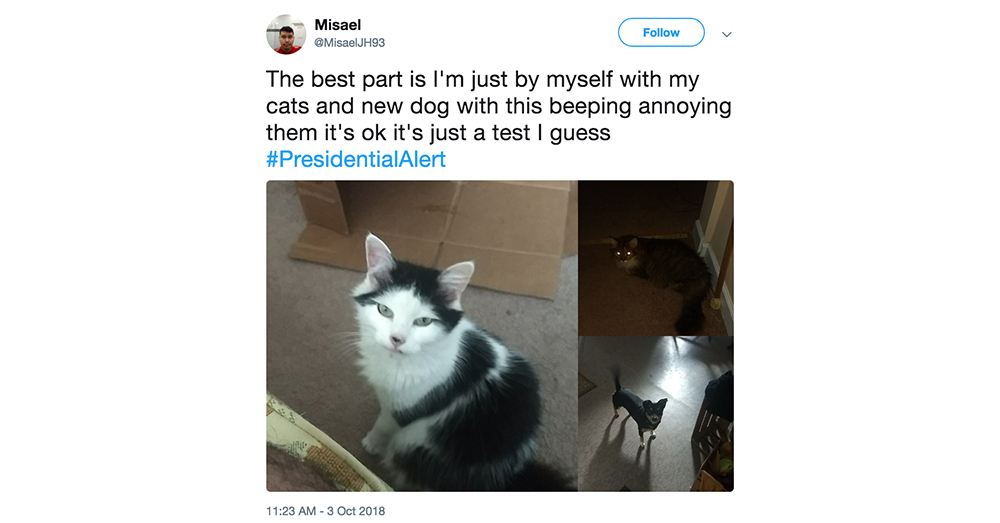 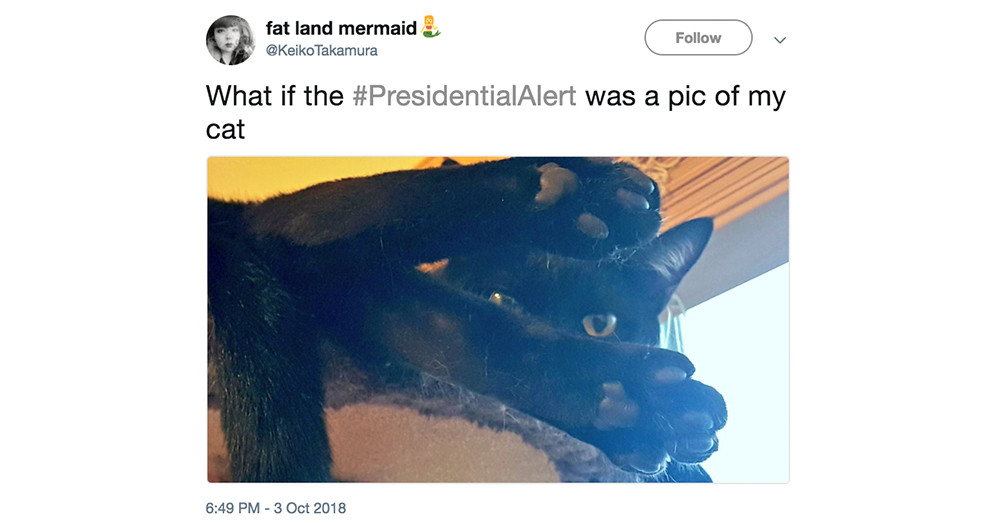 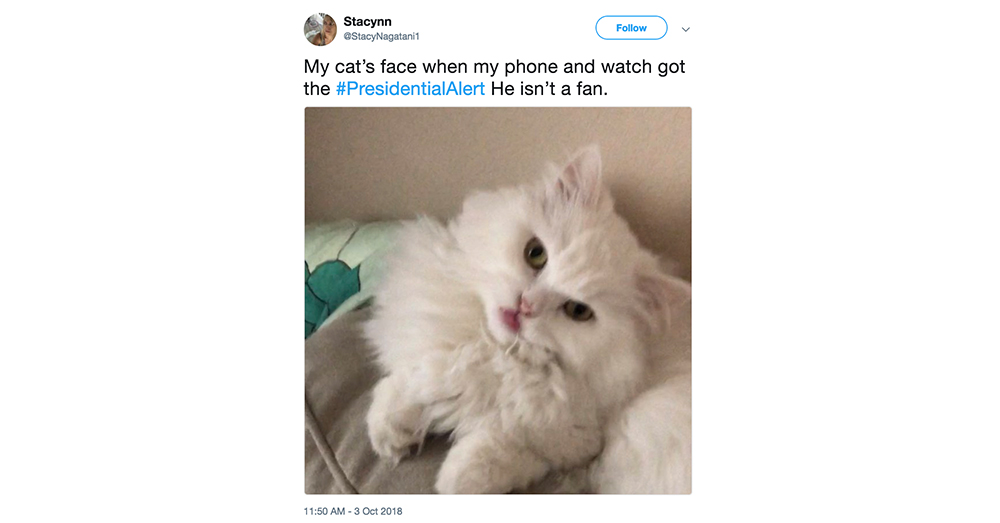 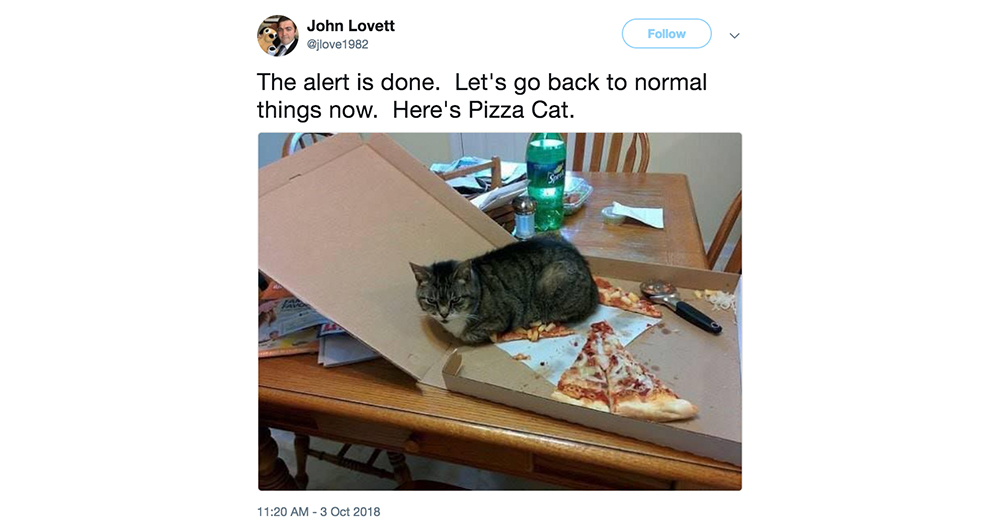 This test of the national Wireless Emergency Alert system was intended to “assess the operational readiness of the infrastructure for distribution of a national message and determine whether improvements are needed,” FEMA stated. This alert is only meant to be used in the case of a major national emergency, like a terrorism event or massive disaster.

Should we expect more of these tests, it may be worth keeping our furry friends close by. 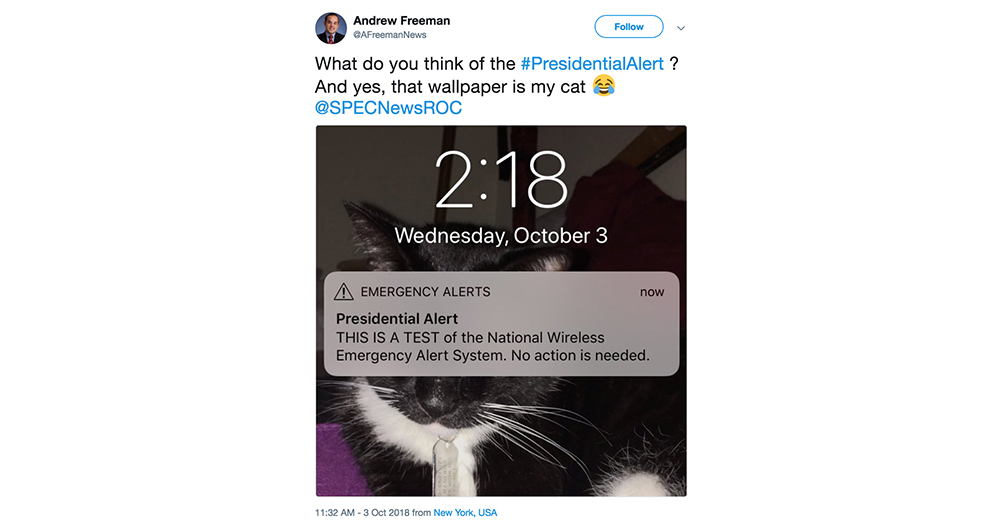