A Man Taped Up His Dogs And Posted Photos To Facebook, Then Police Found Out

A man in Casper, Wyoming posted several photos showing his dogs muzzled and constrained by red adhesive tape on Facebook in an attempt to get laughs. Many viewers, including police in Casper, Wyoming, didn’t find the humoring the post.

The photos showed the two dogs, with their legs, bodies and heads bound by red tape, along with a shot caption: “maybe they wont (sic) chew up stuff or run away or be little devils…” 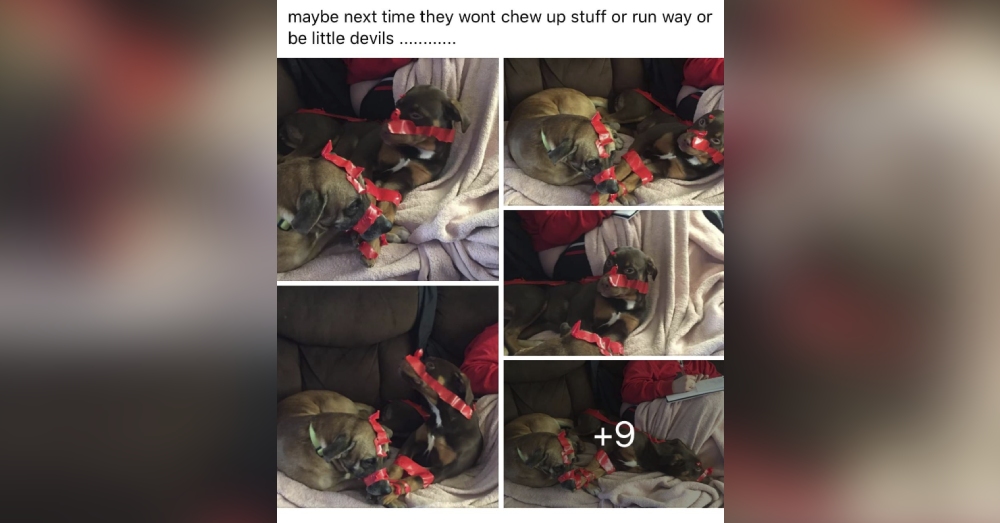 Source: Facebook/‎Jeri Lynn Yinger
A man in Casper, Wyoming, posted several photos of his dogs after having taped them up.

According to Oil City News, Officials with the Casper Police Department immediately sent Animal Protection agents to the man’s home to investigate the case. After the investigation, Casper PD posted their own update. 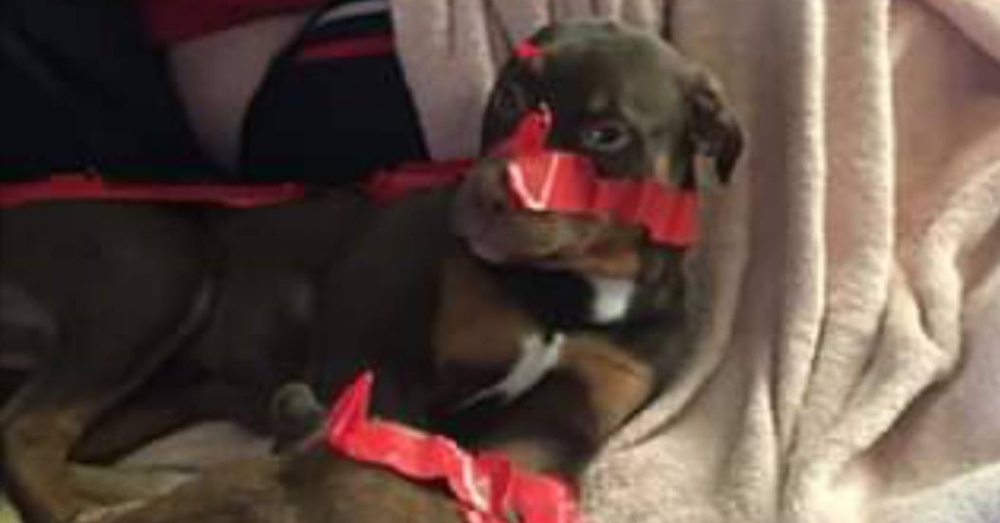 “We evaluated the animals and spoke with him about the incident. He expressed extreme sympathy about the incident and spoke at length with officers about proper treatment of animals,” the post read said. “[The suspect] has no history of prior animal issues through our department and at the time of evaluation, the animals did not show any signs of abuse or neglect in their home.” 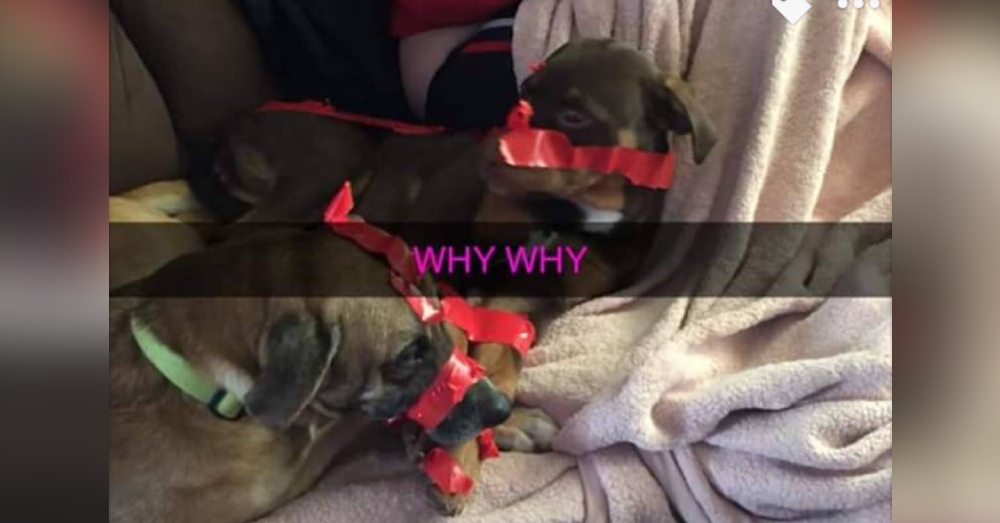 The Casper PD has made it clear it uses all public information available in preventing crimes against animals, which includes monitoring social media. 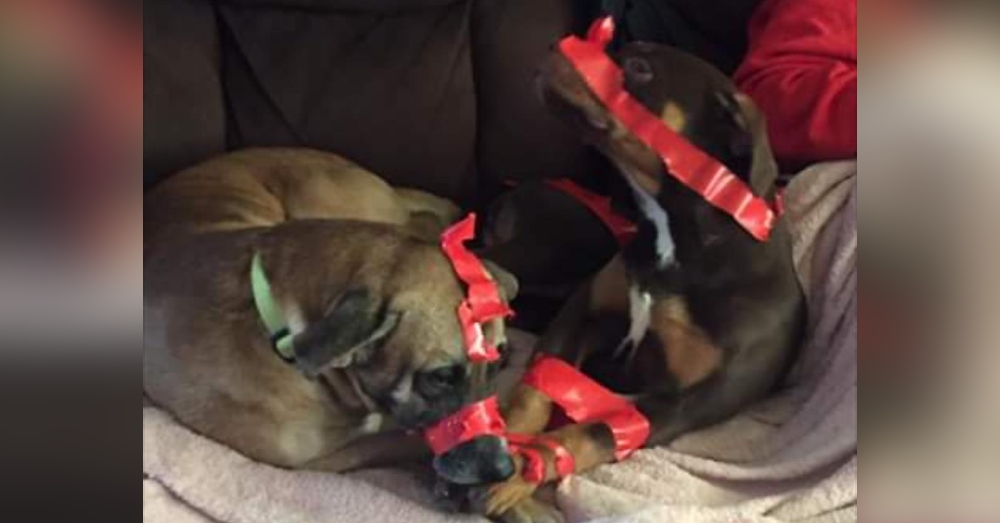 Source: Facebook/‎Jeri Lynn Yinger
The dogs showed no signs of being abused previous to being restrained in tape.

“The Casper Police Department Animal Protection Officers are passionate about the wellbeing of animals in our community,” the police department wrote. “We sincerely appreciate our community members bringing this situation to our attention.”