Cashmere, a Labrador retriever, walked across the stage with his human, 25-year-old Tiana Knight, at her graduation from law school. Cashmere is her guide dog, and is always by her side, even through school.

But Knight wasn’t the only one receiving a diploma. Cashmere, who was also dressed in a matching gown and sash, was presented an honorary degree at the University of Calgary in Canada. While she got her Juris Doctor degree, he got his “Juris Dog-tor” degree for being such a good helper to her throughout her time at the school.

Everyone in the audience gave a round of applause as the dynamic duo walked across the stage to get both of their diplomas. 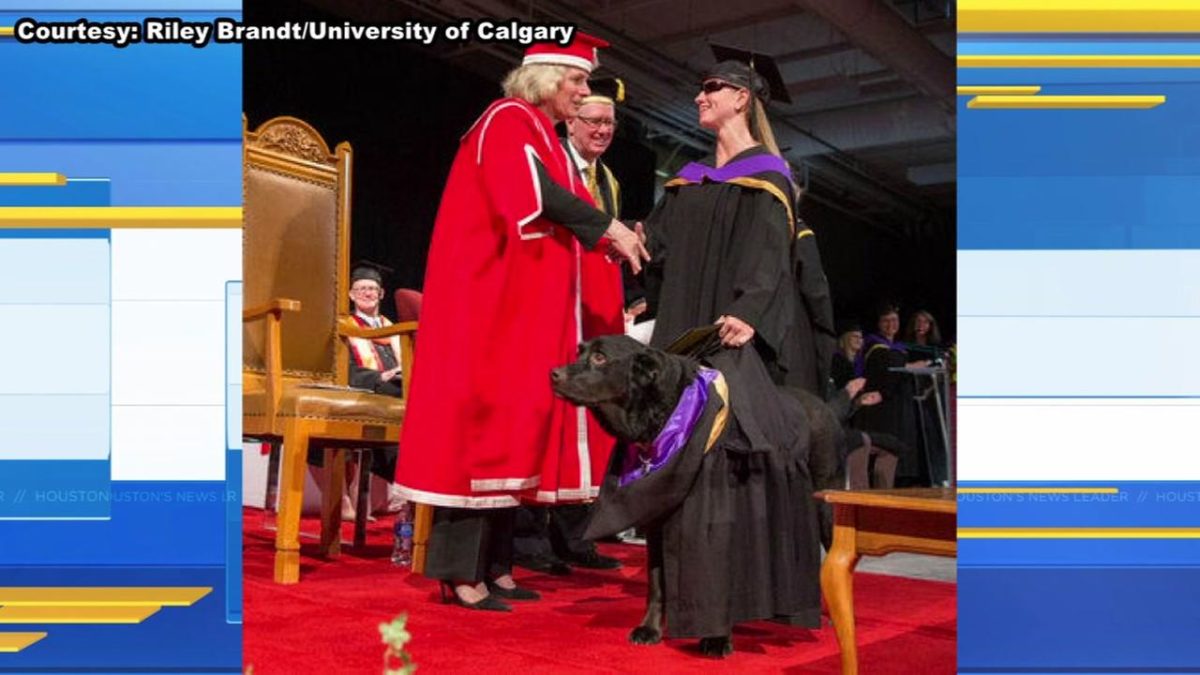 Cashmere was a great study buddy for Knight.

“He’s funny and quirky and serious when he is working, but he can be a real puppy as well and he likes to play,” Knight told Huffington Post.

Now that Knight is done with school, Cashmere will still remain by her side. He will go with her to her new job at a law firm in Calgary. 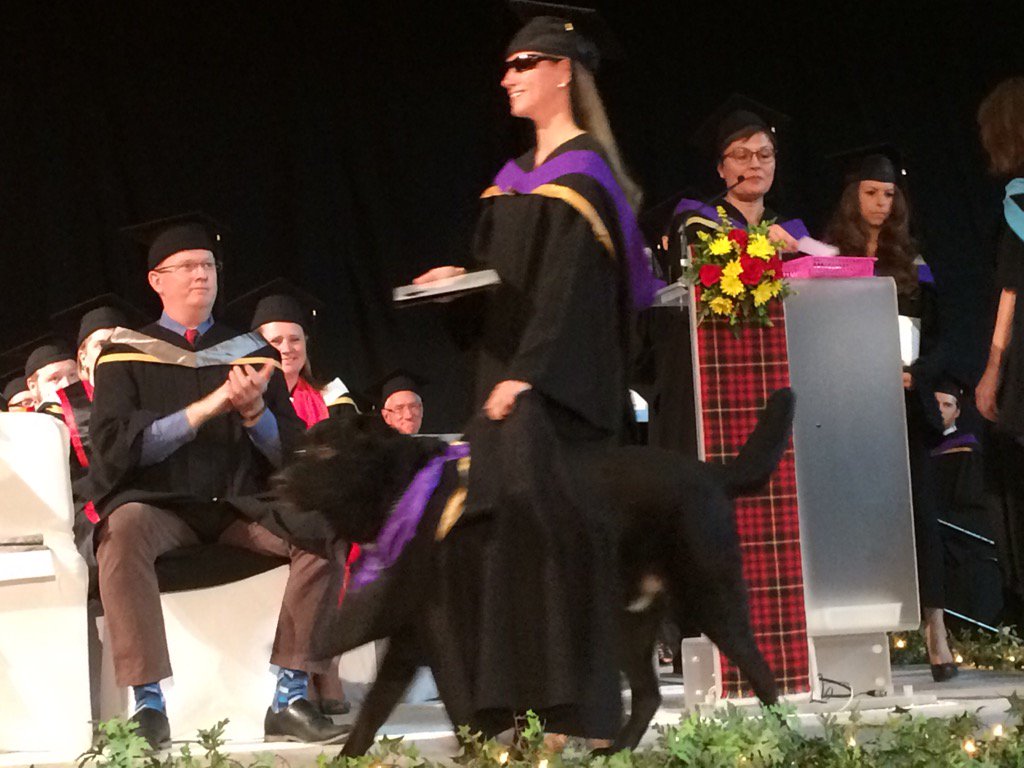 Knight lost her sight completely by the time she was four years old. But she didn’t let being blind stop of her from living a normal life or pursuing her dreams.

Knight found happiness in playing goalball and competed in the 2015 Parapan American Games in Toronto, where Canada won a bronze metal.

See more of this awesome, smart duo in the video below: