I love cats. I will be the first to unashamedly admit that one of my aspirations in life is to be that crazy cat lady. I absolutely love everything about cats – their sassy personalities, their little toe beans, their intelligence, their caring nature – I could just gush for hours about how awesome cats are.

But the best thing that I’d have to say about cats is the fact that they’re funny without even trying to be. Cats often make us laugh just by being their quirky, weird selves. And we love them for it. A great example of this is when you use them for silly photos. Sometimes cats can have such blank, expressionless faces that they’re the perfect canvas to have a little fun.

One Australian man named Adrian decided to have a little fun with his two cats: a Scottish fold named Atlas and a Scottish longhair named CleoCatra. The two felines had no idea what was going on, so it made everything even funnier. Adrian’s silly photos required very little materials. All he used was a strip of paper and some pens. The results are definitely worth laughing at since he basically used his doodle skills to give his cats different funny faces.

Adrian said to Bored Panda that he wanted something that would bring some creativity to his social media posts. And his idea definitely had that. As he noted, the cats’ mouths and eyes are their most expressive points, so he wanted to highlight them with some fun doodles.

He also shared that his two cats might be biological siblings, but they definitely have their different looks as well as their own personalities. He noted that both his kitties had a Scottish Fold for a mother, while their father was a British Shorthair. That is why they look a bit different from one another. But he also stated that his cat Atlas is more curious and enjoys following him around the house throughout the day, while CleoCatra is a total snuggle bug and prefers to take it easy.

Bored Panda claims that Adrian also shared a small little secret behind the hilarious pictures. The strips of paper are actually photoshopped after the fact. He first takes a picture of his cats individually before adding the paper doodles, stating that it’s much easier to work that way. Plus, he added that he’s able to better match the doodles to his cats’ facial expressions which just makes it all that more hilarious.

And as one can imagine, his little doodles proved to be a hit online once he began posting them. Now he is constantly trying to one-up his own ideas in order to create more funny and unique content using his cats.

Look at some of our favorites in the pictures below:

If cats had thick eyelashes we could only imagine this is what they’d look like on a regular basis. 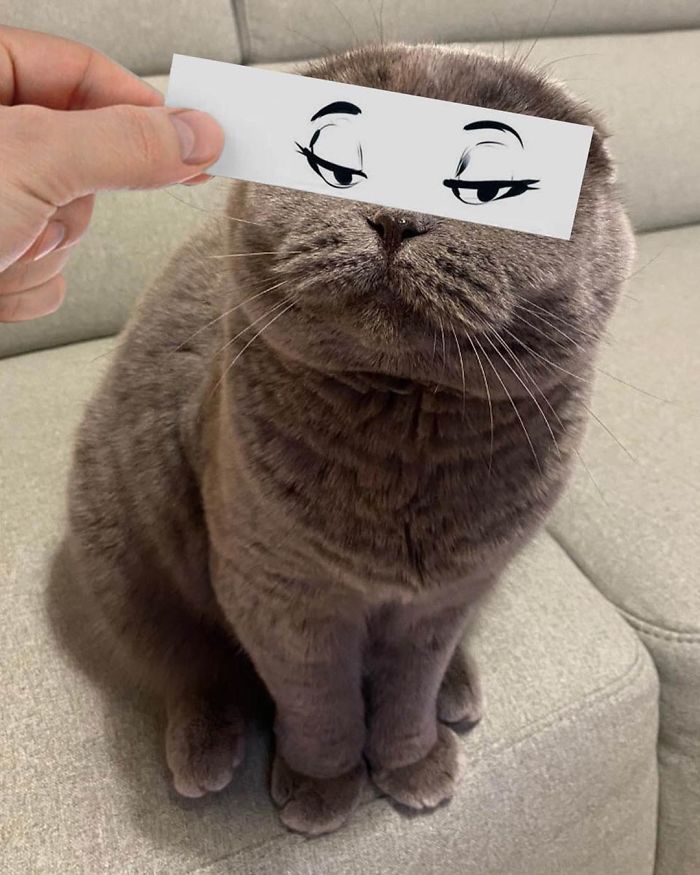 It’s that look your cat gives you when it’s dinner time.

3. You mean I can’t sit on your keyboard?

The face that all our cats give us when we say no. It’s almost heartbreaking. 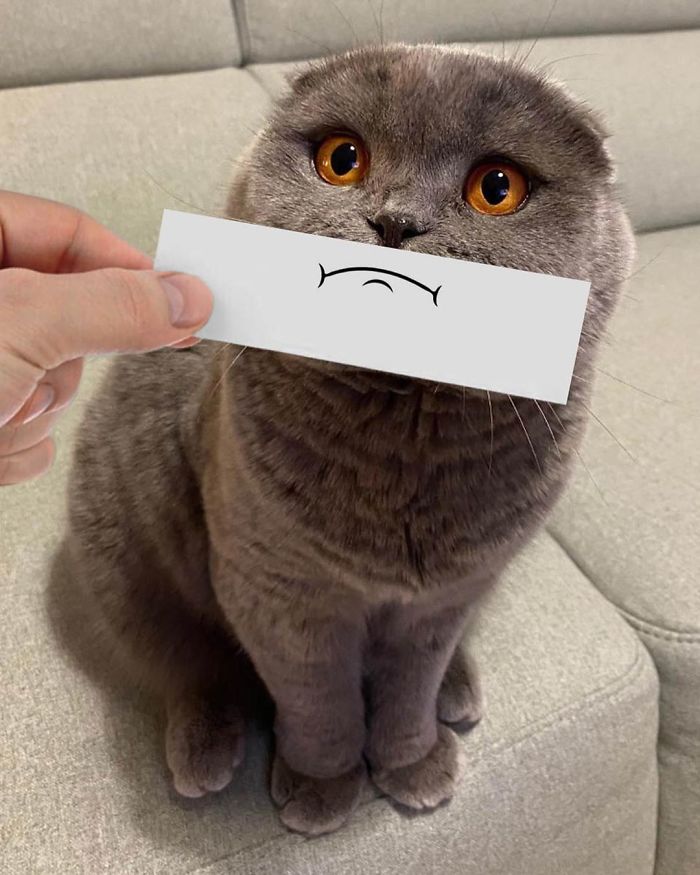 Have you ever tried giving your cat a belly rub? Yeah, this is the expression they usually have. 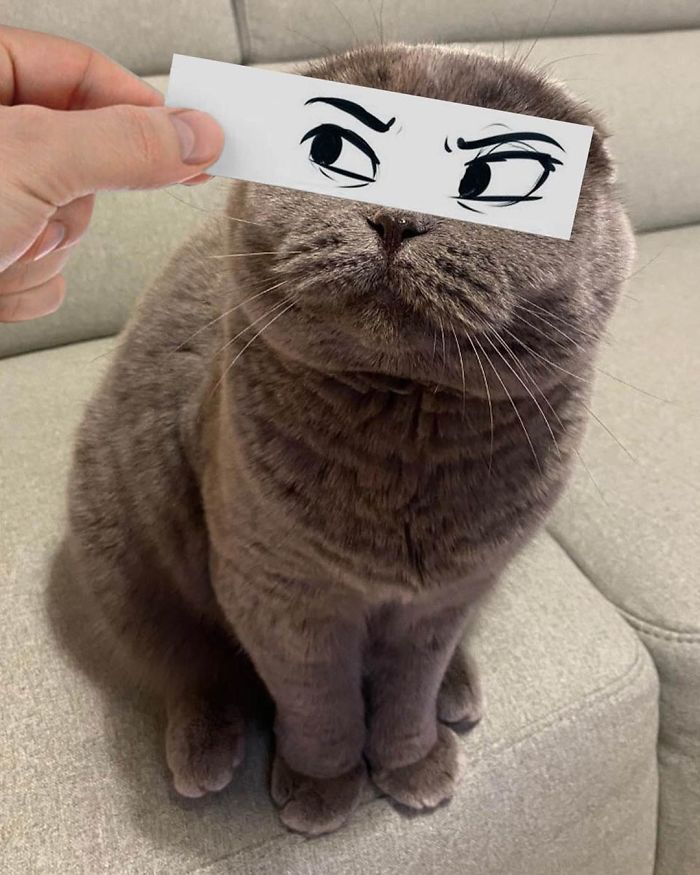 When your cat is bird-watching from inside the house. 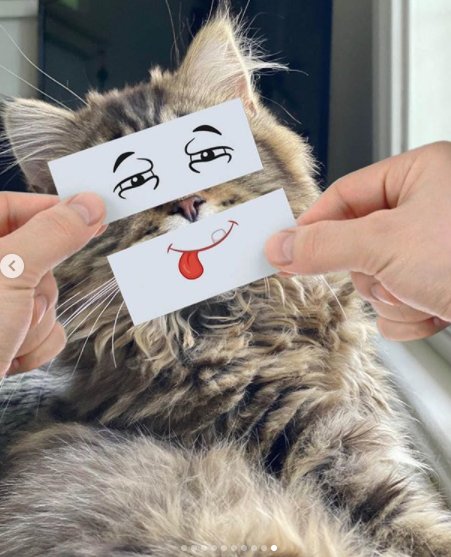 That look your cat gives you when you’re making a fuss over them. 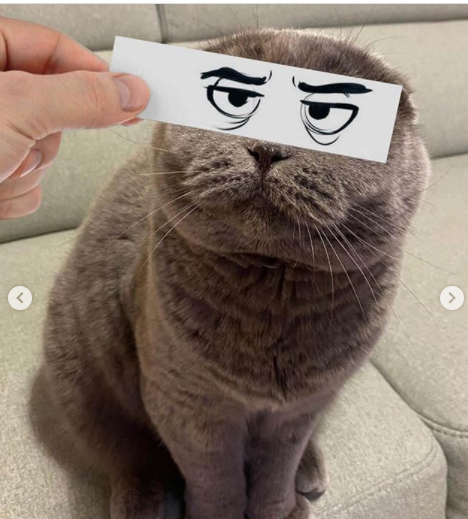 This is pretty much our cats every time we bring out the treat bag. 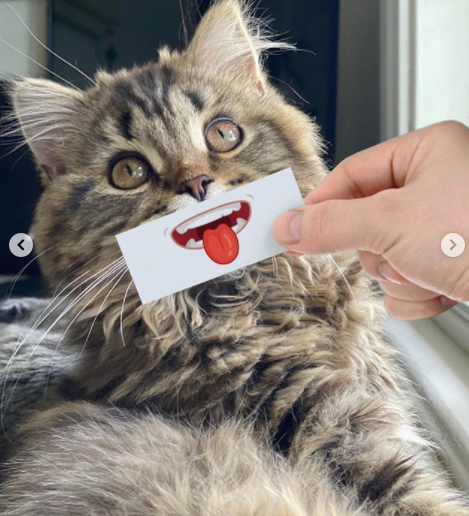 8. Why are you photographing me?

We’re all guilty of getting a little carried away with the camera. This is how they stare at us. 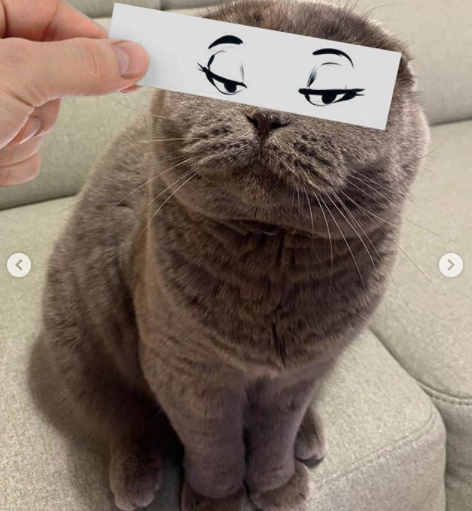 Sometimes our cats just show us their love. And this is pretty much what it would look like if they had human lips. 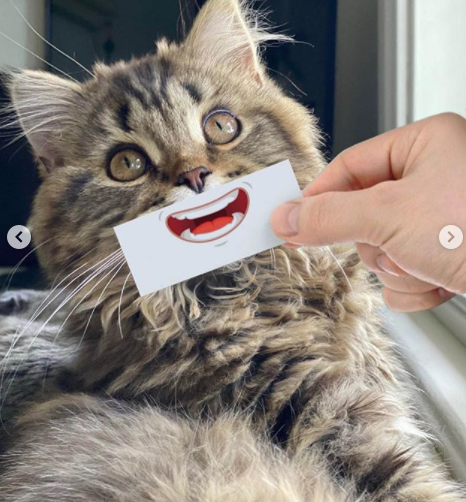 Ever gotten this expression from your cat? Especially when you accidentally wake them up? 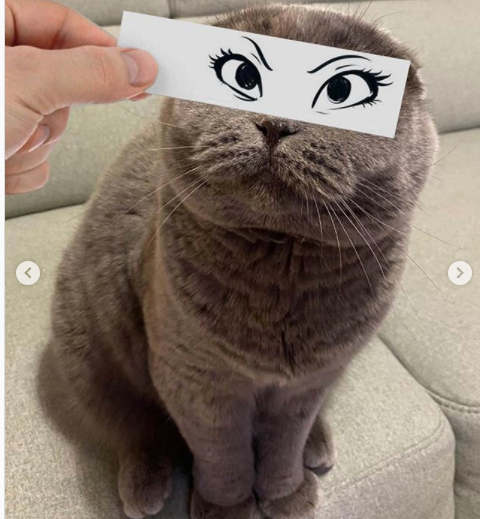