Eileen Cutter absolutely loves dogs and has been rescuing strays for as long as she could remember. She has had dozens of pups and has rescued even more.

Sadly, one of her rescue dogs died in 2016, but she didn’t let that stop her from rescuing another one. In the past, Cutter has adopted dogs from her local Humane Society in Housatonic, Massachusetts, but this time she went to North Shore Animal League near her hometown on Long Island in New York. 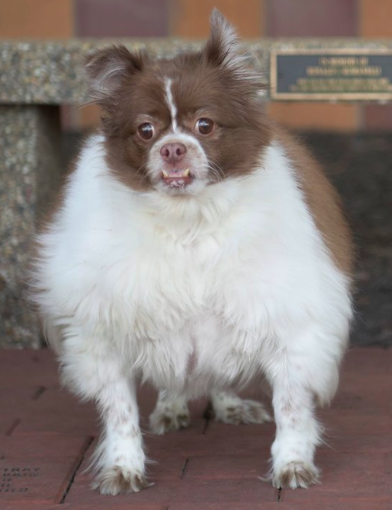 While there were many dogs at the shelter, one tug at her heartstrings the most. That dog was an eight-year-old Chihuahua mix named Carmelite, who weighed a whopping 47 pounds. Cutter knew she could help this pup lose weight, so she decided to adopt her.

Cutter and her husband took her out for daily walks, but she would refuse to walk farther than two houses because she was so tired and out of shape. Carmelite was not used to this kind of exercise, and her previous owners had mostly fed her Mcdonald’s. 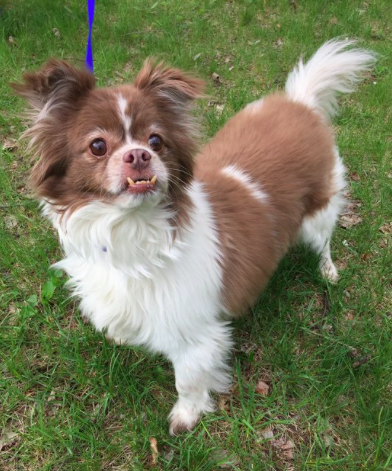 But Cutter didn’t give up. She kept up with her daily exercise with Carmelite, and as the days went on, Carmelite began to shed weight. Eventually, she started getting back into shape and she now weighs 11.5 pounds! She is no longer lethargic and is very energetic. She loves playing outside with her four doggy siblings and even loves going for long walks. Surprisingly, she is the most active of all Cutter’s dogs!

Thanks to Cutter’s dedication and Carmelite’s perseverance, she is now a healthy and happy pup! She also enjoys her new forever home and is living the best life ever.

Watch her transformation in the video below, along with other pups who went through a similar weight loss journey: