Houston Kitten Found Wet And Frightened In Most Unlikely Location

After days of torrential wind and rain from Hurricane Harvey, few have chance or reason to survive in the waterlogged city of Houston. So when Gregory Pletcher heard a cry for help while he was out with a team of friends and a boat, he knew he had to act fast.

“We were making our way through an apartment complex when we heard a cat meowing,” Pletcher told Love Meow.

Pletcher, Austin Summers, and Cameron Shiakh were searching through the building, trying to assist in any way they could, but it wasn’t always easy going. The lower-level apartments were under two feet of water, which ruled out the possibility of the cat being stuck there. The only other hiding space was a nearby automobile, which was locked from the inside. 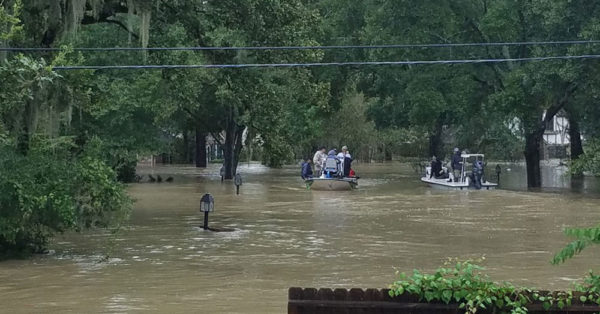 “There was no way to get to the cat without breaking a window,” Pletcher said.

And so they did.

“As we were standing in waist-deep water, I asked Austin (Summers) to hand me my boat anchor. With one good swing of the anchor, I was able to bust a hole in the window,” Pletcher continued. 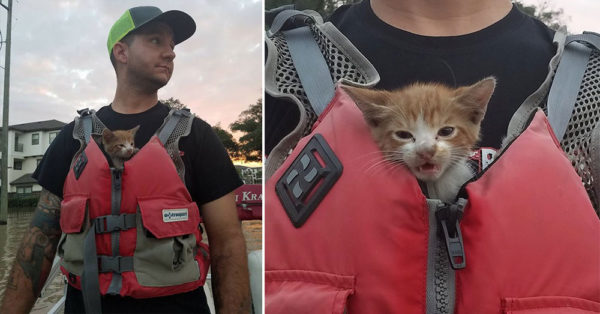 Unlocking the car door and releasing the hood, they found the kitten perched on top of the engine.

“I grabbed him before he had a chance to crawl down between anything and set him in the boat,” Pletcher said. “Once I crawled back in the boat, I picked him up and set him down inside my life vest. He rode in there for about an hour before he calmed and became comfortable enough to come out and explore.” 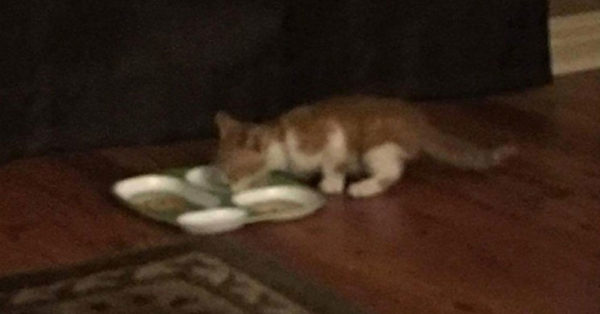 The tiny kitten was named Harvey and is now the favorite furry friend of Shiakh’s daughter, who has been mourning the loss of the family’s dog to the hurricane.

“She has been asking for a kitten, so he took him home,” Pletcher said. “Harvey now lives in Montgomery, Texas.”

Not surprisingly, Harvey wasn’t the only animal Pletcher, Summers, and Shiakh rescued. The crew found a dog on an earlier rescue mission and have re-homed it with Pletcher’s mother-in-law. 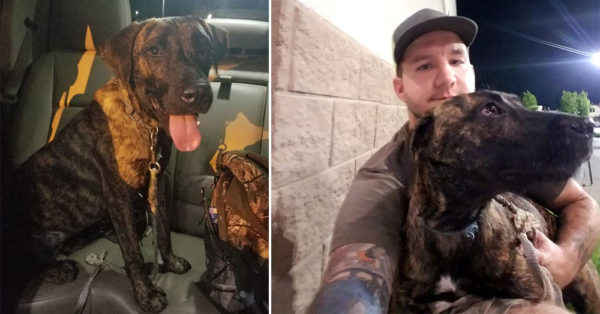 “It’ll be a long process to get these individuals back in homes, but we’re going to make sure they have the essentials they need in the meantime,” Pletcher said. “Just trying to help animals and humans alike.”

As Pletcher notes, the number of pets and people forced out of their homes by Hurricane Harvey has been staggering. There is much work to be done to restore those who have been displaced by the storm. To learn more about how you can help the animals affected by the storm, click the link below!

Hurricane Harvey has wreaked havoc, and we’re working fast to save over 1,000 pets from the devastating floods. With your help today, we’ll be making multiple flights from San Antonio, Texas, urgently needed to carry loving, healthy pets to shelters in the Pacific Northwest to be adopted into their forever homes, to make room for owned pets that desperately need shelter from Hurricane Harvey.
This operation will be ongoing, as there are 1000s of pets that need our help! You can help, too!
Make a difference!