Hillary Bowles and her husband, Logan, of New York, were set to get married on July 3 in North Carolina.

At home, they have a beloved two-year-old Goldendoodle, named Leo, who they absolutely adore, but he was unable to make it to their wedding because he doesn’t travel well.

But Hillary’s dad, Wayne Bontempo, wanted to find a way to have Leo there in spirit, so he came up with a hilarious, yet adorable, solution. He made a life-size cardboard cutout of Leo and brought him to North Carolina with him. 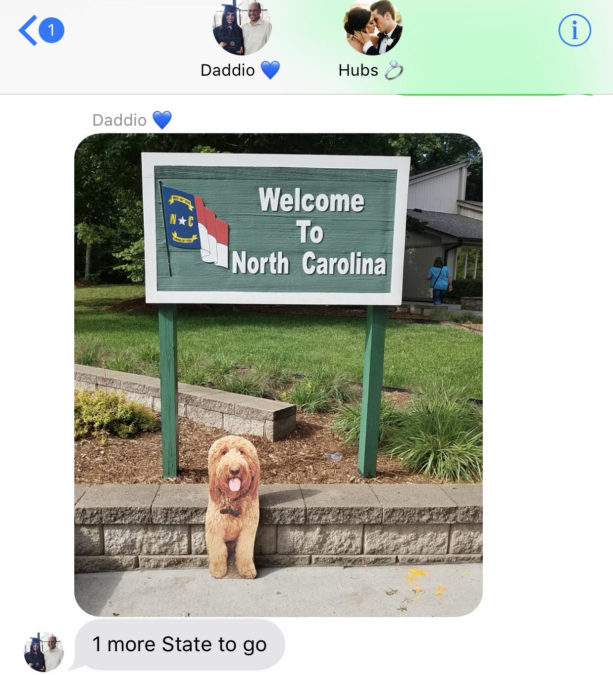 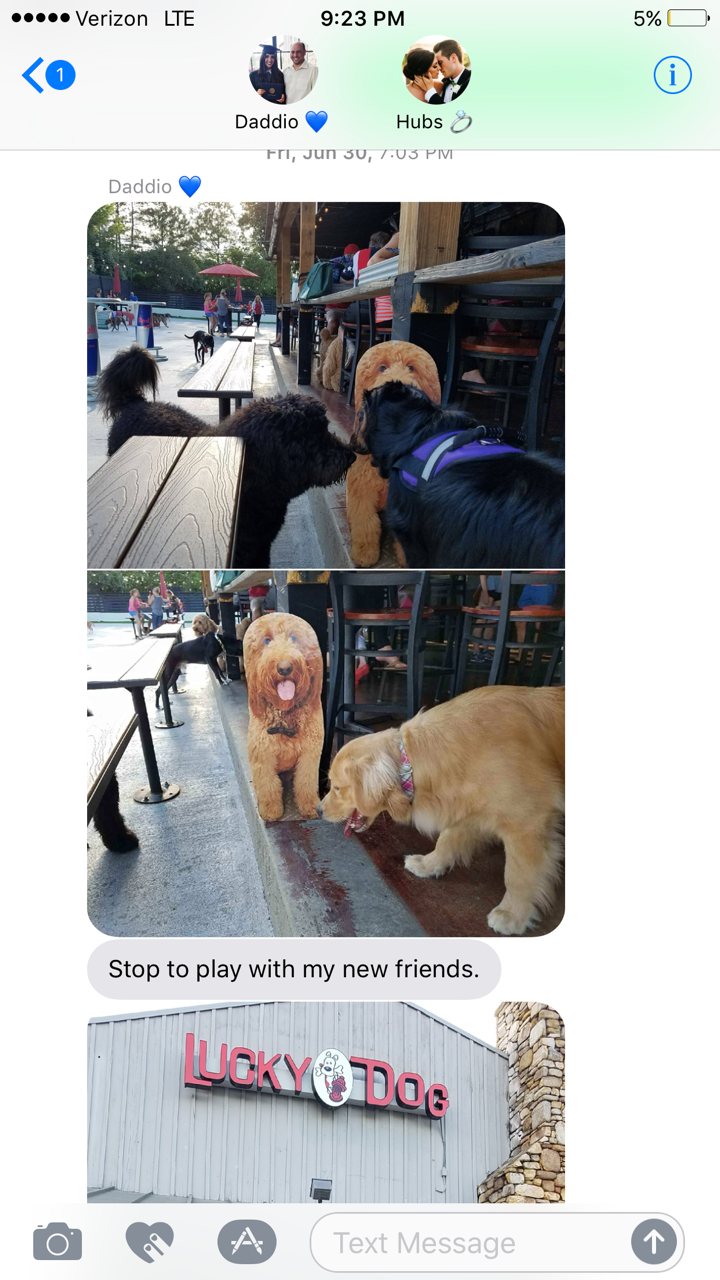 He took pictures of cardboard Leo at every landmark, and even had him meet other dogs. Once he got to North Carolina, he continued to take it with him everywhere he went. Hillary said she wasn’t at all surprised at her dad for doing this, since he is a big “goofball.” 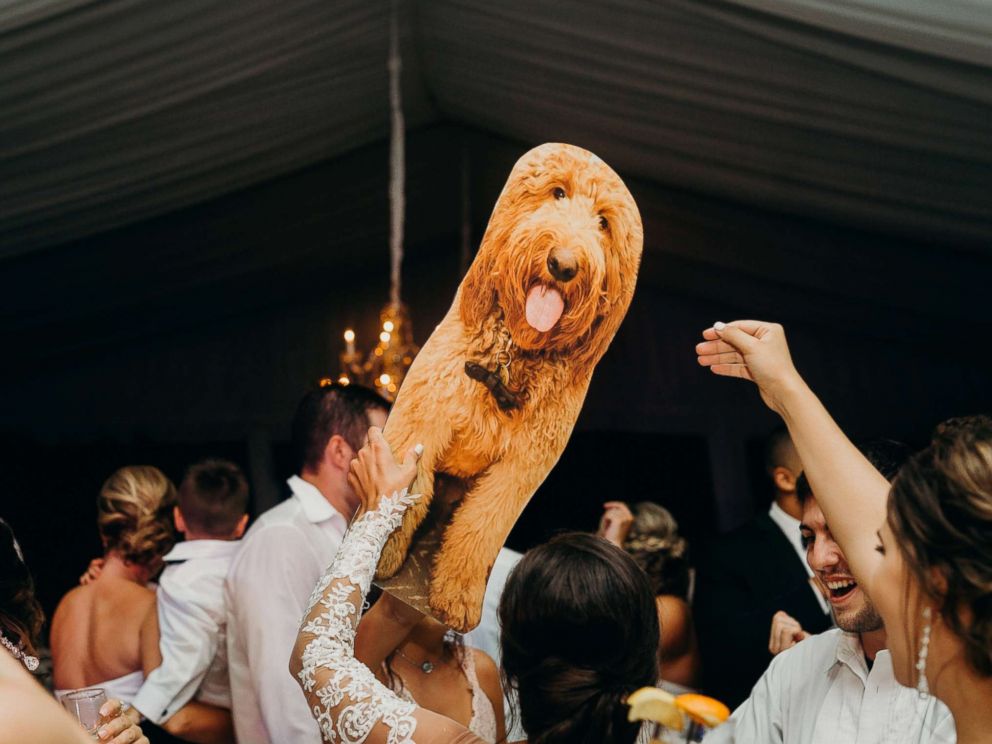 And after all of that, it was only right for cardboard Leo to attend the big day! He even joined guests on the dancefloor during the reception! Everyone loved it and thought it was hilarious. 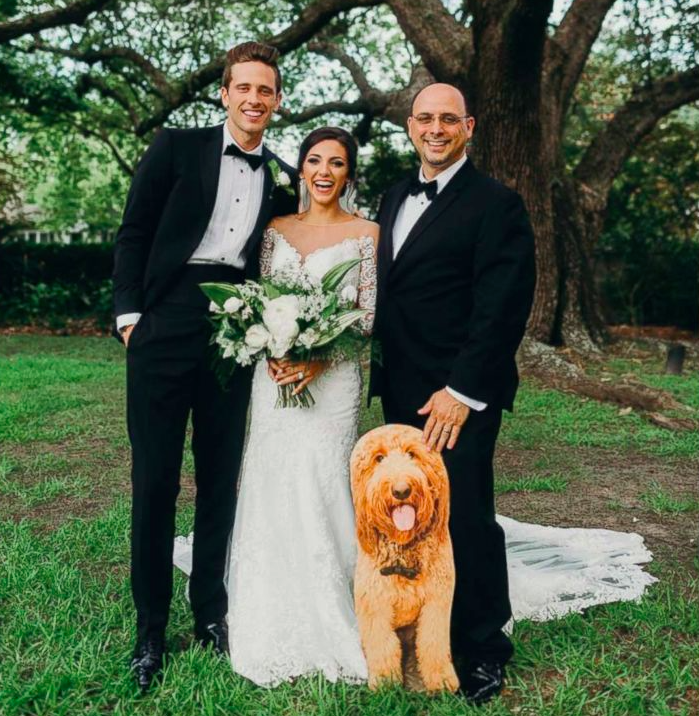 The cardboard Leo looked so real, that it looks like the real Leo was actually there! Cardboard Leo posed for pictures with the bride and groom; I’m sure they will cherish these pictures and moments forever. Hillary said the idea was very thoughtful.

The real Leo was staying at an animal resort for the weekend with Bontempo’s dog.