Cops Were Investigating A Crime Scene. When They Saw Who Had The Murder Weapon, They Died Laughing!

Earlier this week, police arrived at a crime scene in Vancouver, Canada, where they were confronted by a man with a knife. Shots were fired and the man was arrested. The knife obviously became evidence, but then something happened that they never expected. A crow swooped in a picked up the knife. He finally dropped it after an officer chased him. 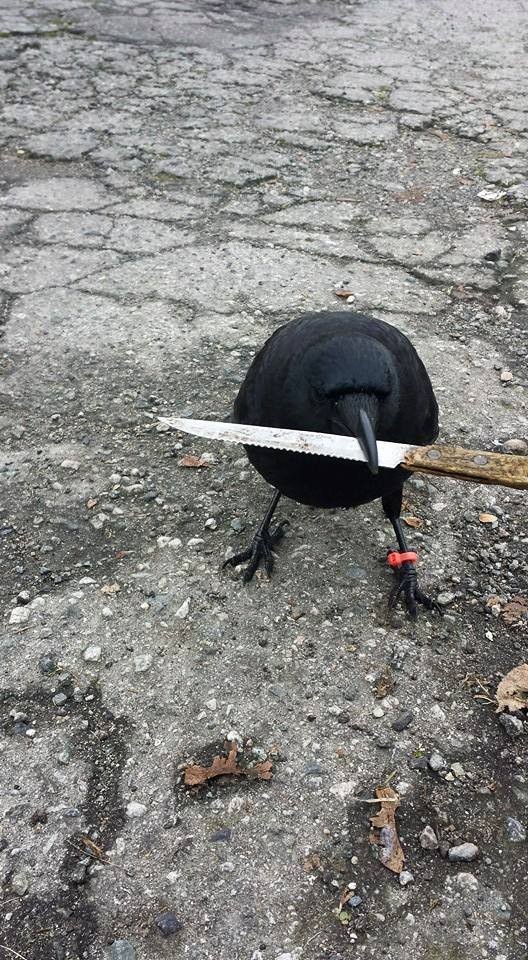 But although this crow, named Canuck, is a wild crow, his story is very unique. When he was a tiny hatchling, he had fallen out of his nest as a baby. He was still extremely small and was unable to fly due to his age. That is when a man named Shawn Bergman took him in and saved his life. 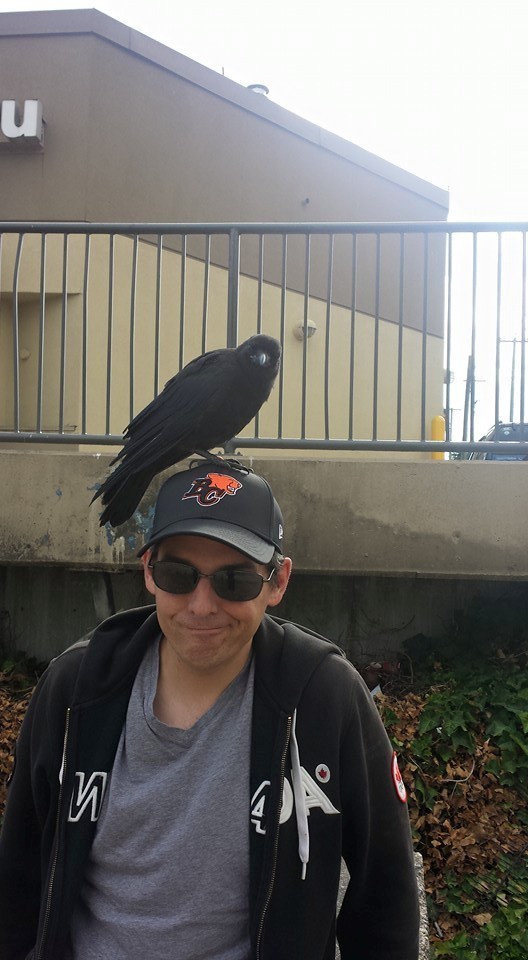 He took great care of him until he was able to fly and survive on his own. He released Canuck in July 2015, after putting a red band on his left food to make him easily identifiable and to let others know that he’d had human contact. 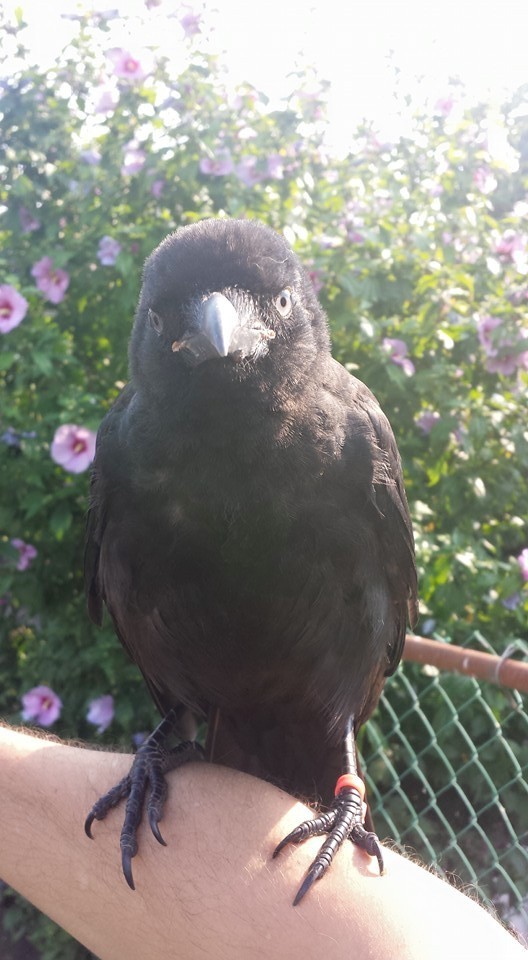 Although Canuck was free to fly wherever he wanted, he never left the neighborhood. After three days of his release, Bergman decided to look around for him to see if he was still in the area. He saw him in a grassy field looking confused and scared. As soon as Canuck saw Bergman, he ran up to him and flew up onto his arm. 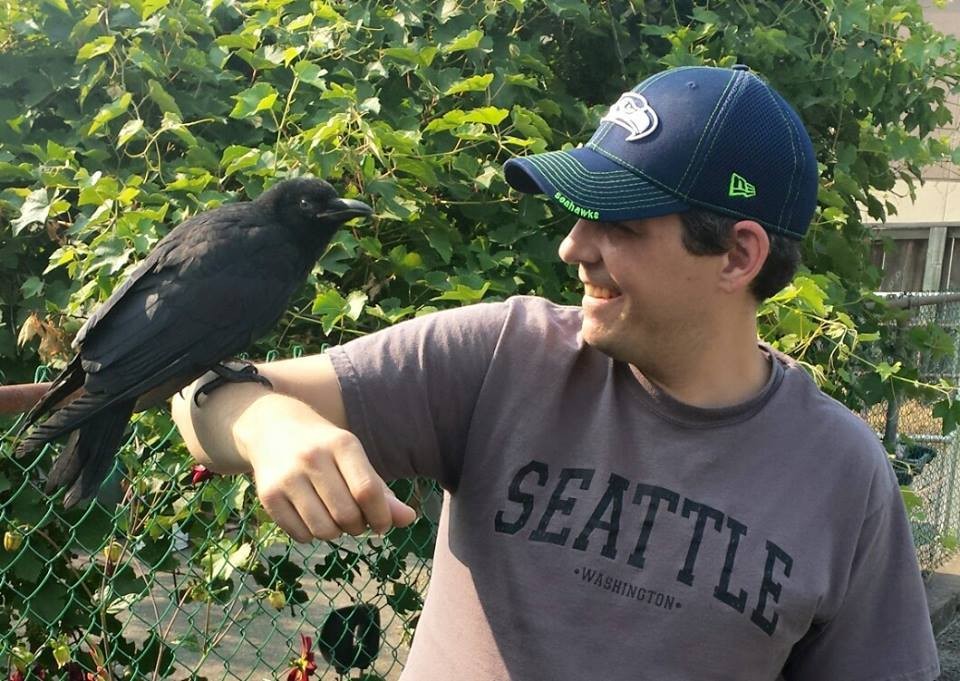 Canuck is friendly with most humans but is bond with Bergman cannot be matched. Canuck greets him every morning and follows him to his bus stop when he goes to work. When Bergman arrives home from work each evening, Canuck is there waiting for him. 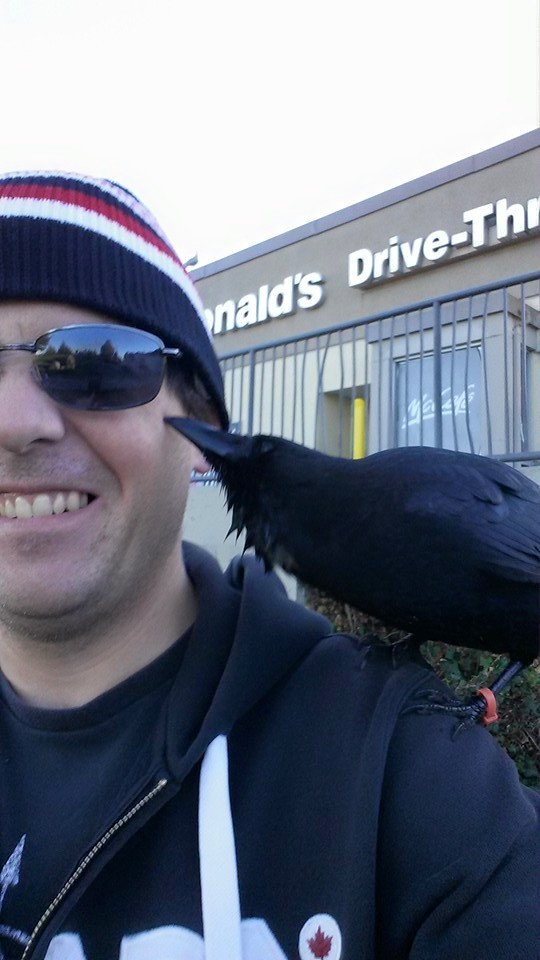 Canuck is believed to be around a year old, and just celebrated his first birthday on May 9. Although he is used to humans, Bergman wants to keep his experience as close to the wild as possible. He just wants him to experience life naturally, as a crow should. 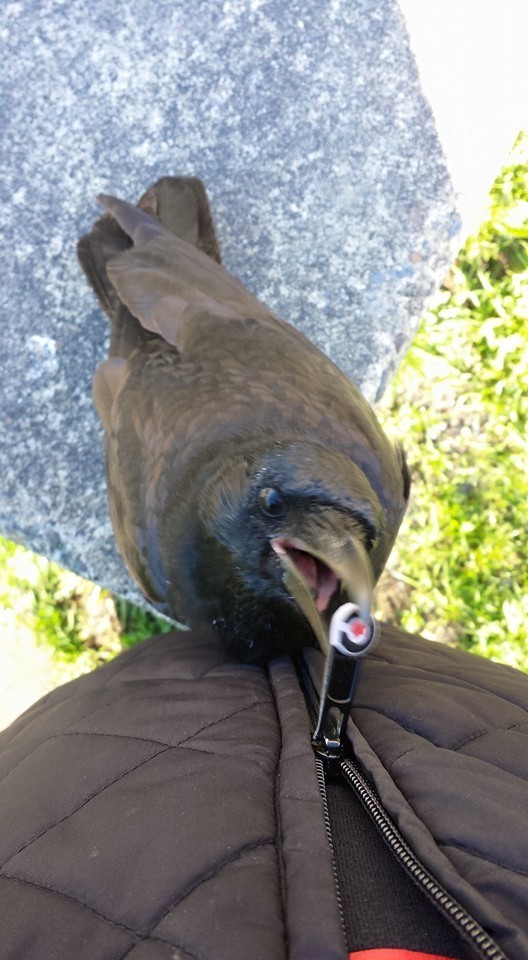 No matter how far away Canuck flies, he knows he’ll always have a best friend in Bergman. “Who knows, maybe he looked at that day [we met] as the day I rescued him from being lost,” Bergman told The Dodo. 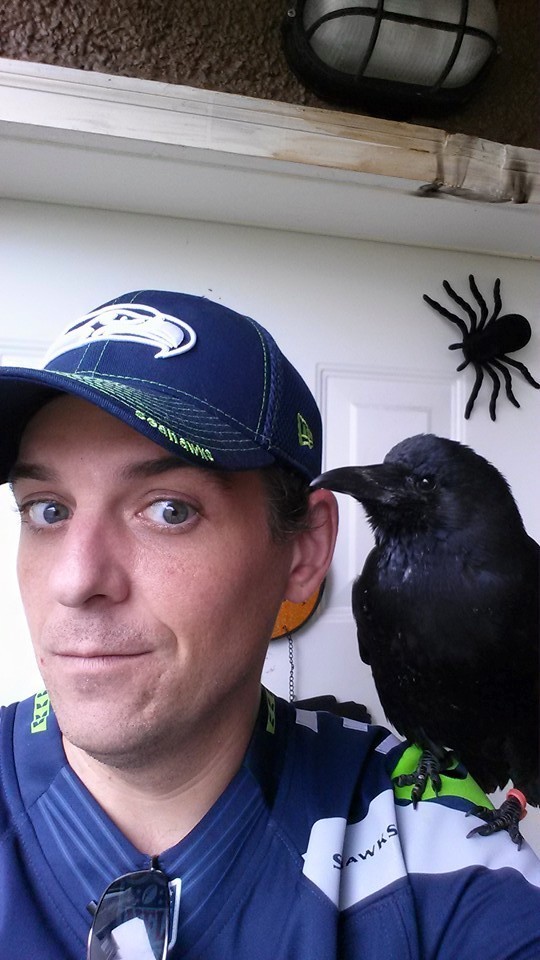