Deemed the “world’s deadliest track” and responsible for the deaths of hundreds of dogs a year, Macau’s long-running Canidrome has finally been shut down.

The territory’s lively night life and tourist attractions have earned it the title of “the Las Vegas of Asia.” It’s a hot spot for international jet setters, looking to lose a few chips on the casino-lined coast of southeastern China.

According to the Dodo, around 700 greyhounds were typically caged in the Canidrome at any given time, while the 30 with the fewest wins were euthanized every month, only to be replaced by new victims. Every dog brought to the Canidrome has been destined for death, likely within three years of arriving, GREY2K USA maintains. 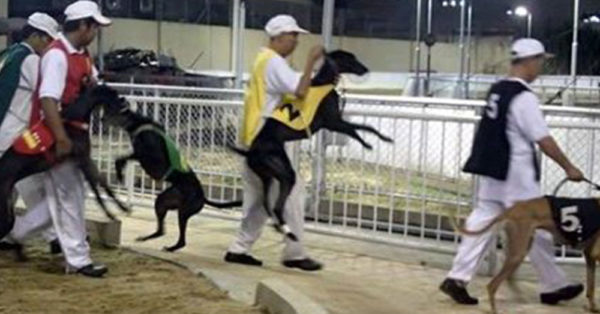 “The Canidrome is truly the worst racetrack in the world,” Christine Dorchak, president of GREY2K USA Worldwide told the Dodo. “There is no adoption program. No dog gets out alive, and tens of thousands of innocent greyhounds have been killed over the last 50 years at this death camp for dogs.”

GREY2K USA has been working since 2012 to get the Canidrome shut down. And the local government has since demanded the track close by July 2018, the Macau News reports. 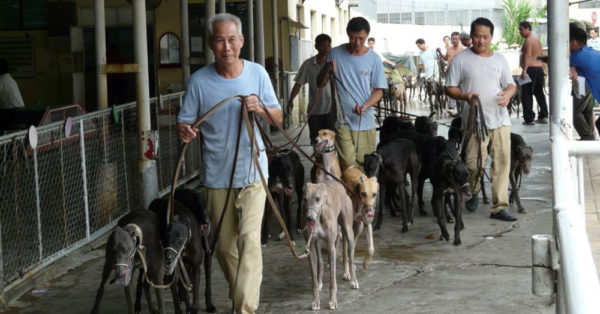 Around 650 dogs have been liberated from the Canidrome, with animal rescue organizations GREY2K USA and ANIMA working diligently to find them homes.

“We welcome the news that the Chinese government has ordered this atrocity to end,” Dorchak said. “The first few lucky dogs have already been released to safety.”

This video from 2015 shows dogs being forced to race in the now shuttered Canidrome.

Dogs in the racing industry are victims of standard practices that are cruel and inhumane. At racetracks across the country, thousands of greyhounds endure lives in horrendous conditions, confinement, and diets based on diseased raw meat. They are kept in small stacked cages for long hours each day, increasing their risk of serious injury when they are sent to race. Click the link below to help rescue these dogs!

Help Save Greyhounds from the Racetrack! Large numbers of greyhounds leave tracks each month, and while not all have suffered serious injury, they all require expensive medical procedures, since they often haven’t received proper veterinary care like dental cleaning, vaccinations, or flea and tick treatment.
You can help. Just $10 goes towards rescuing these dogs and helping get them the special care they so much deserve!
Make a difference!