Outdoorsman Rescues Coyote From Drowning, Then Takes Him On A Canadian Rafting Adventure

A man named Justin was rafting down a river in Saskatchewan, Canada, when he came across a coyote that was fighting for its life.

Justin rescued the coyote, which was in danger of drowning. He later shared his story with the Wildlife Rehabilitation Society of Saskatchewan, which posted the details to Facebook.

“While he was fishing, he heard something in the water squeak – and that’s when he saw some sort of animal swimming in the river! It’s nose was barely above the water and the water was so dark and murky that Justin couldn’t initially tell what kind of animal it was,” the WRSS posted to Facebook. “Justin tried to reach for the animal but ended up falling in the freezing cold water as well. Luckily, Justin was somehow able to locate the animal – a coyote pup! – in the water AND catch his raft before it floated away for good!” 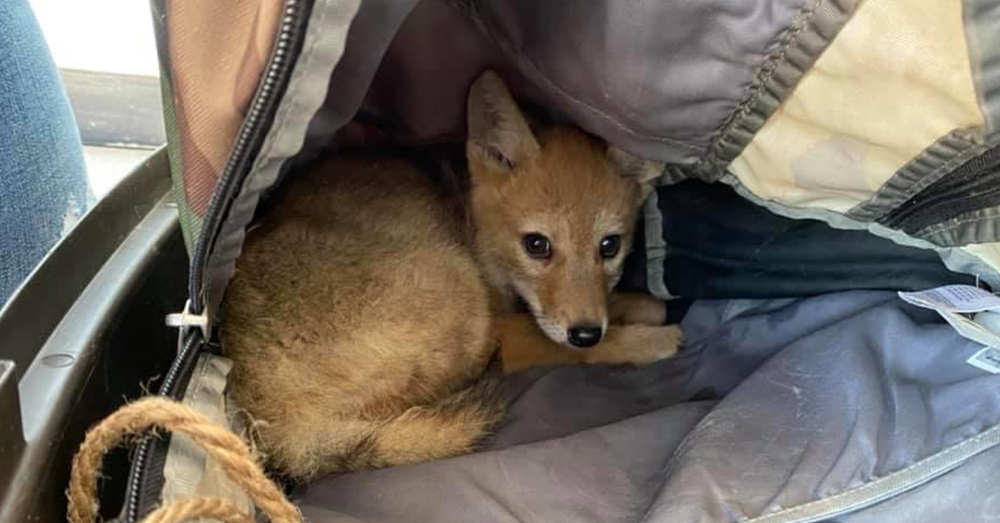 When Justin got the pup back into his raft, he saw the animal was unresponsive and struggling to breathe. Quick thinking Justin was able to draw in his experience with CPR and revive the coyote..

“After a few pushes, water squirted out of the coyote’s nose and he was breathing again!” the WRSS post continued. “Justin and his new friend were both soaked so they ended up back on land again where Justin made a fire and tried to warm the little guy up.” 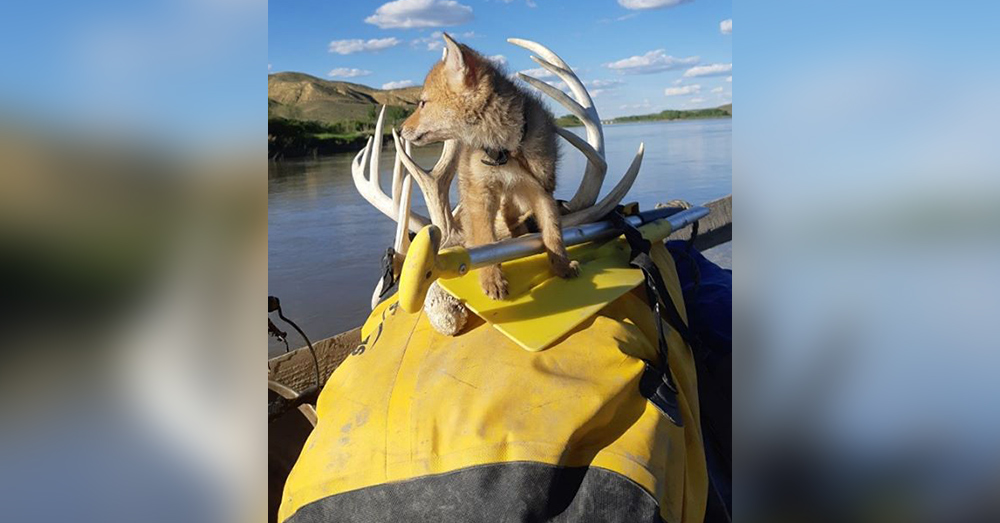 Justin had a limited cell phone connection for the remainder of his rafting trip, so he kept the coyote close, making sure he got plenty of food, clean water, and rest.

“The little pup would eat with Justin, cuddle in his jacket, and sleep in his backpack while they rafted down the river,” the WRSS wrote. “Justin ended up naming the little guy YipYip and took really good care of him throughout the trip.” 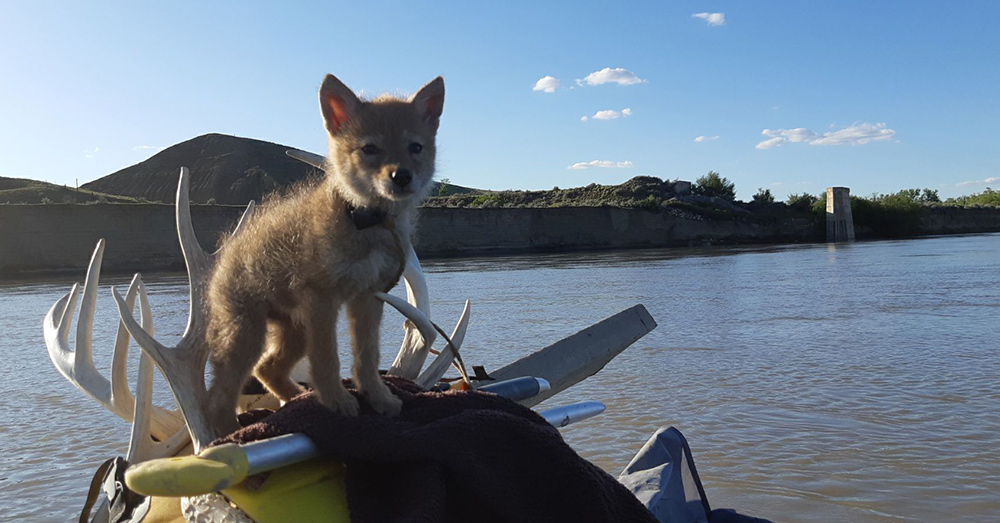 Eventually, Justin meandered back to an area where his phone could get a signal. He called his wife for advice. She helped contact organizations in Ontario and Manitoba, including the Swift Current SPCA who referred Justin to the WRSS. 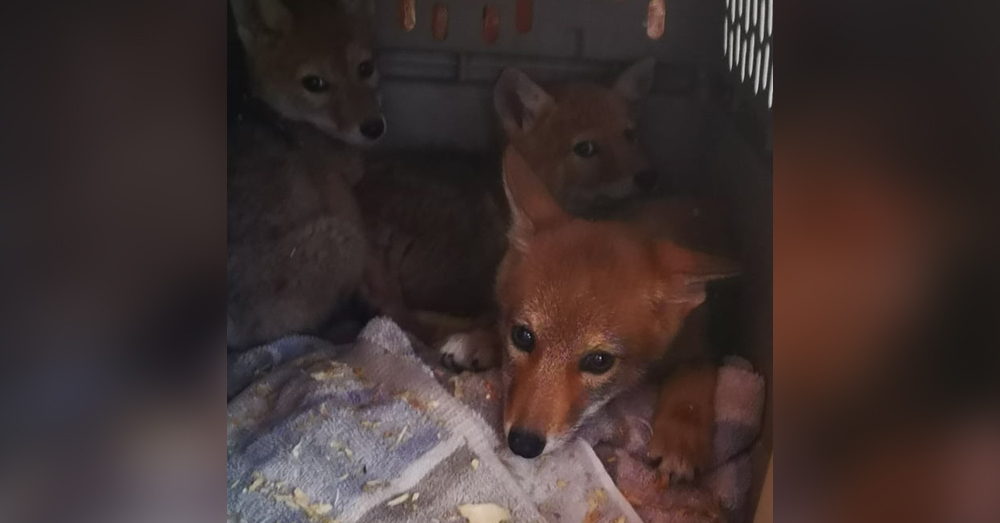 Source: Wildlife Rehabilitation Society of Saskatchewan
YipYip (left) with two other orphaned coyote pups that he will be playing with while in rehab!

“Our amazing volunteer Samantha in Swift Current helped coordinate the transfer and now YipYip is with our wonderful rehabber Melanie,” WRSS posted. “He will be taken care of until he is old enough to be returned to the wild! If it wasn’t for the wonderfully caring Justin, little YipYip would have perished in the river. Thank you Justin!”❤️

For what started out as a very bad day for the coyote turned into one of the greatest adventures he may ever remember.

Harpist Is Accompanied By Adorable Woodland Creature In A Dreamy Scene Straight Out Of A Disney Movie: Click “Next” below!