Chase Grossman is what you might call an extreme dog lover. He sees many dogs every day because he works for a local park system with plenty of trails. Grossman loves dogs and wants to pet them but sometimes, his social anxiety keeps him from asking if it’s okay to do so.

Grossman even has a dog of his own, a 12-year-old corgi that he rescued. This dog helps him to meet new people as well as other dogs but he was still interested in finding a way to say hello to other dogs when his dog wasn’t nearby.

“She LOVES to be petted and pulls me towards attention,” Grossman told The Dodo. 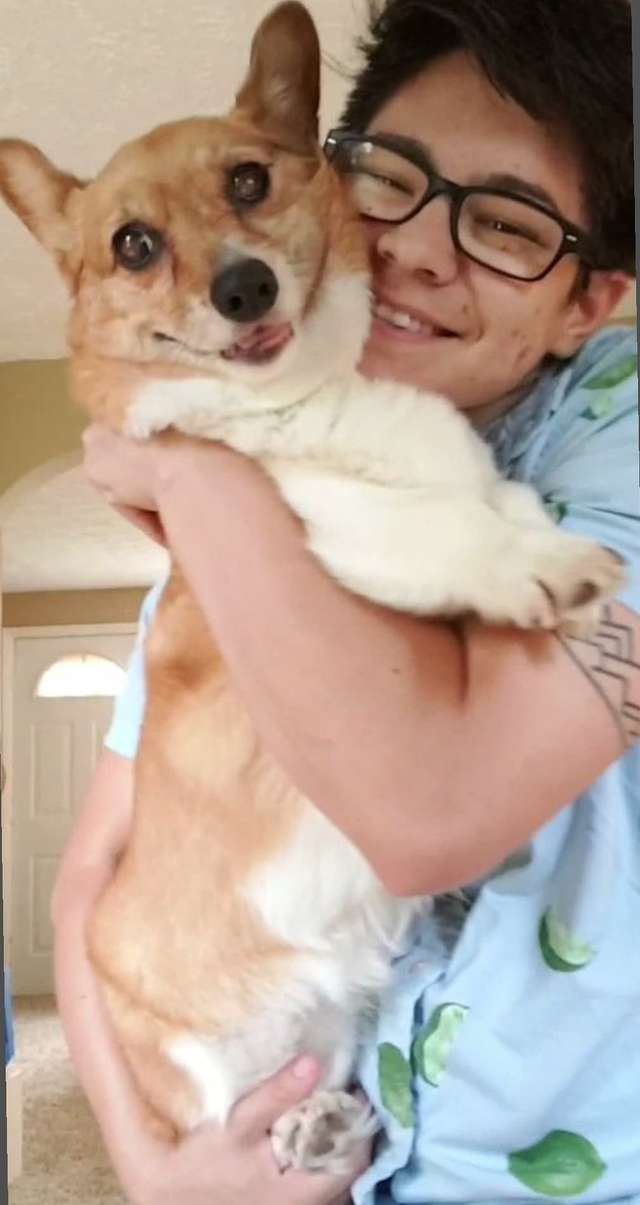 Grossman was sad that his social anxiety kept him from being able to meet every dog he could. That is when he came up with an idea that is not only unique, it is downright ingenious.

He decided to have the words: ‘Can I pet your dog?’ tattooed on his arm.

He approached Jacob Bowman with West Anchor Tattoos in Cleveland, Ohio to tattoo his arm. He wanted it to be large enough so that people could easily read what it had to say and he is thrilled with how well it is working. 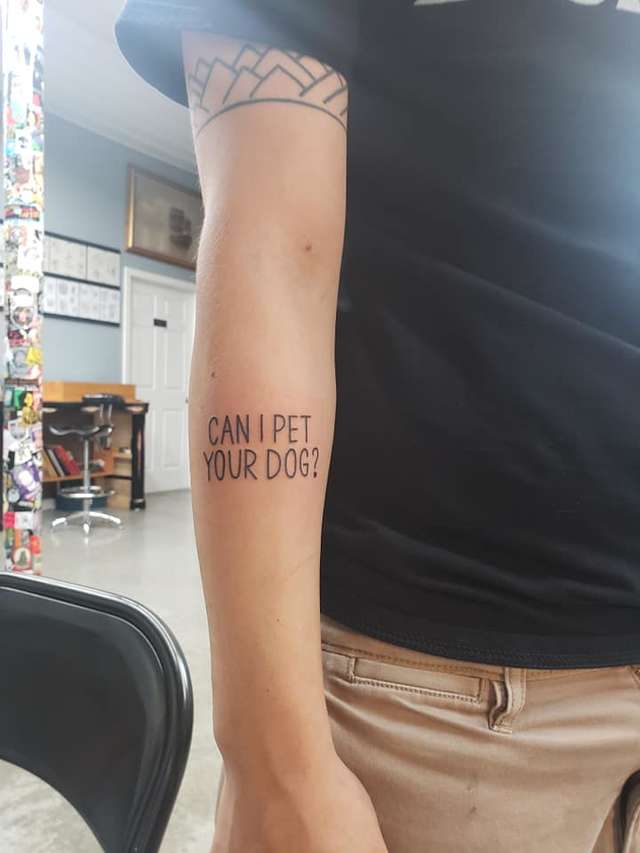 “It’s a great conversation starter,” Grossman said. “I purposefully placed it on my right arm since it’s my dominant and first to reach or wave with.”

We’ve seen this slogan on shirts before but it is the first time that we’ve seen someone actually tattoo it on their body. Grossman seems to be the first but people love the idea when they see it. 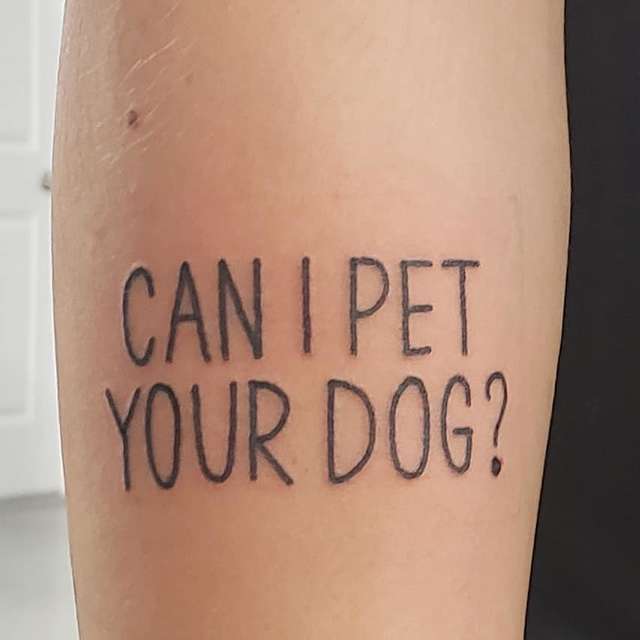 “People laugh and for a minute don’t think it’s real,” Grossman said. “There’s a line between genius and dumb and this is a happy middle to me.”

Like many people with social anxiety, Grossman feels a lot better when he’s around dogs. Now he has a way to make sure he can interact with more dogs while he is working.