This Blind Horse Had Trouble Getting Around, Until Fate Brought Her A New Best Friend

Dolly, a five-year-old horse, is blind and has had trouble getting around on her own. That is, until she met a special friend named Caesar. Caesar is a one-year-old camel who needed a friend and was new to the barn at the Pony X-Press Petting Zoo in Winslow, Maine. 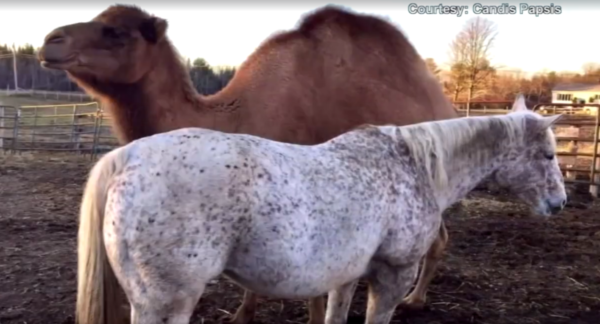 Dolly has been with Candis Veilleux, owner of the zoo, for the past ten years. When she realized Dolly was going blind, she knew the horse would need help, as well as a companion. Appaloosa horses like Dolly are more likely to become blind than other types. Sadly, many horses like Dolly get euthanized, but Veilleux knew she could never let that happen to Dolly. 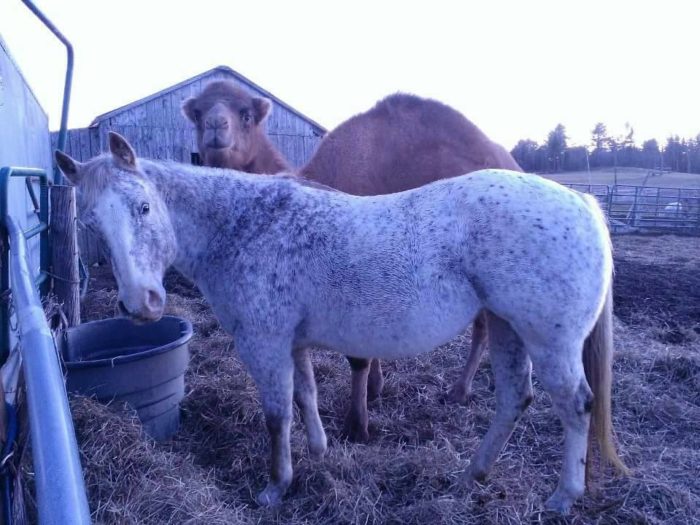