Lion And Tiger Were Used To Breed ‘Ligers’ At Zoo. Years Later, They Can Finally Live In Peace

Zabu, a white female Siberian/Bengal hybrid, was born in 2000 at a circus and roadside zoo in New England that has since shut down.

Zabu was raised and housed with Cameron, a male lion, who was also born in 2000. Neither of them were spayed or neutered, which could have resulted in the genetically mutated cross-breed of a liger. Ligers unfortunately fall victim to a plethora of birth defects, but the people who owned the pair didn’t care and just wanted to breed them to make money. 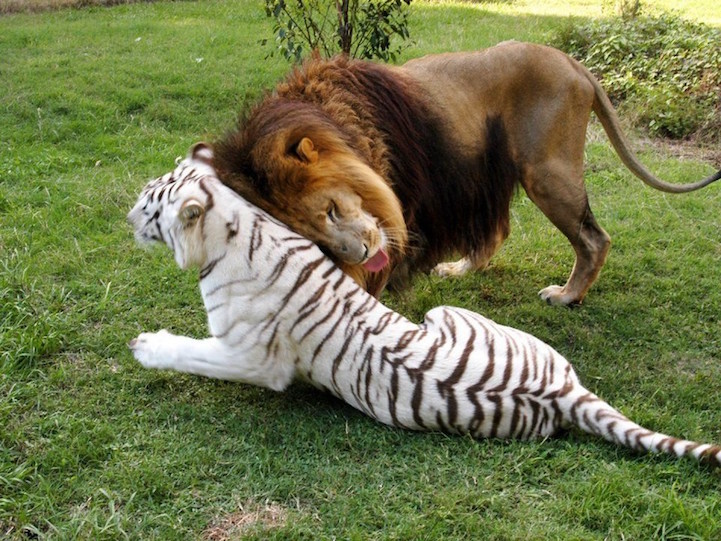 Many white tigers are also deeply inbred and have genetic flaws. Zabu has a shortened upper lip, which leaves her teeth exposed and unprotected.

Luckily, the two of them were rescued in 2004, and relocated to Big Cat Rescue in Tampa, Florida. BCR staff decided to keep them together since they were already bonded. The rescue built a large natural enclosure for them to live in together. 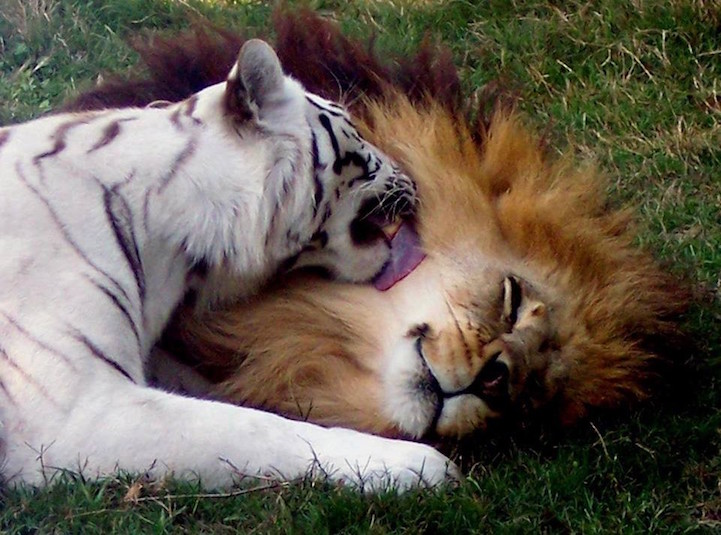 They were also both neutered and spayed to prevent the breeding of ligers. When Cameron was neutered, he lost his beautiful mane, but it was a simple price they had to pay in order to keep these best friends together. 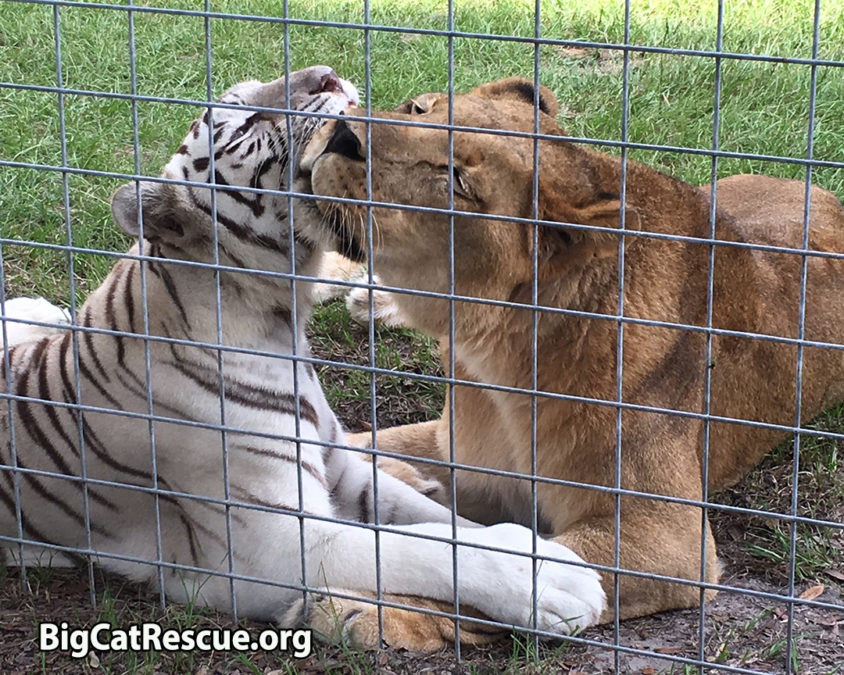 Years later, the two of them are still enjoying their life together in sunny Florida. Cameron has mellowed out and even seems more comfortable in the hot sun without his big mane. 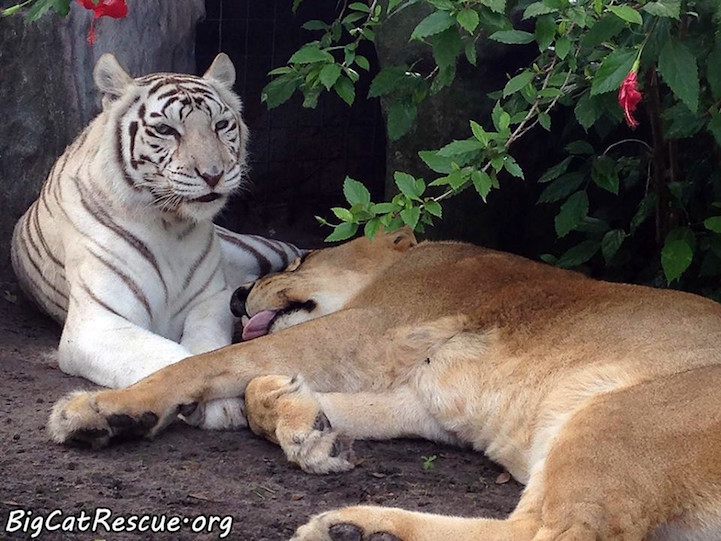 They both love playing with toys, rolling around in the grass, and snuggling and licking each other. They are known as the rescues “odd couple,” but they do make an adorable pair!

Watch this unique duo in the video below: 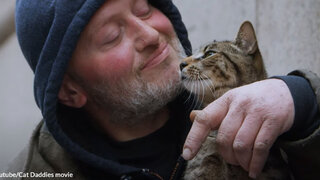