Wild horses are truly a sight to behold. They embody freedom, but that freedom is about to be taken away for some. Foals and horses are literally running for their lives as they are chased by a helicopter into holding pens. Wild horses in Northern California are undergoing a month long roundup that could send many of them to slaughter.

Federal officials started the roundup in Devil’s Garden Plateau Wild Horse Territory in the Modoc National Forest in Northern California. The goal is to capture 1,000 horses to put up for adoption or sell. Animal activists are concerned that the sale will bring “kill buyers”, who will ship the horses abroad to be slaughtered for meat. 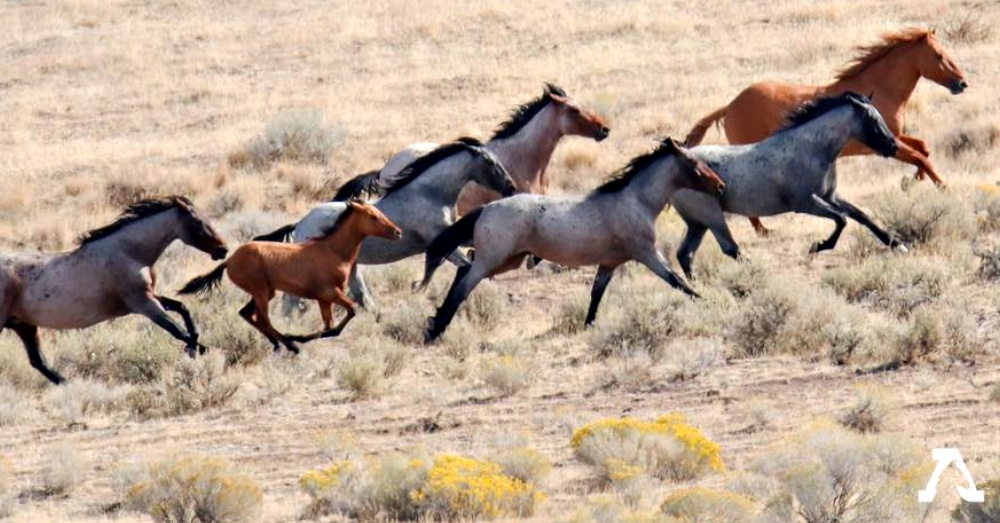 U.S. Forest Service, which manages the 258,000 acres, reports that the area can maintain 400 horses under its management plan, but the area has almost 4,000 wild horses. “Reducing the population will allow range and riparian ecological conditions to recover, while also supporting wild horse herd health by reducing competition for limited food, water and habitat,” states the Forest Service.

Pregnant mares and younger horses are adopted quicker, however, any horse that is not adopted will be put for sale in November. The younger horses will be sent to a Bureau of Land Management (BLM) holding facility, while the older ones will go to a separate holding area. The older horses could be sold for as little as $1 each to buyers, including kill buyers. 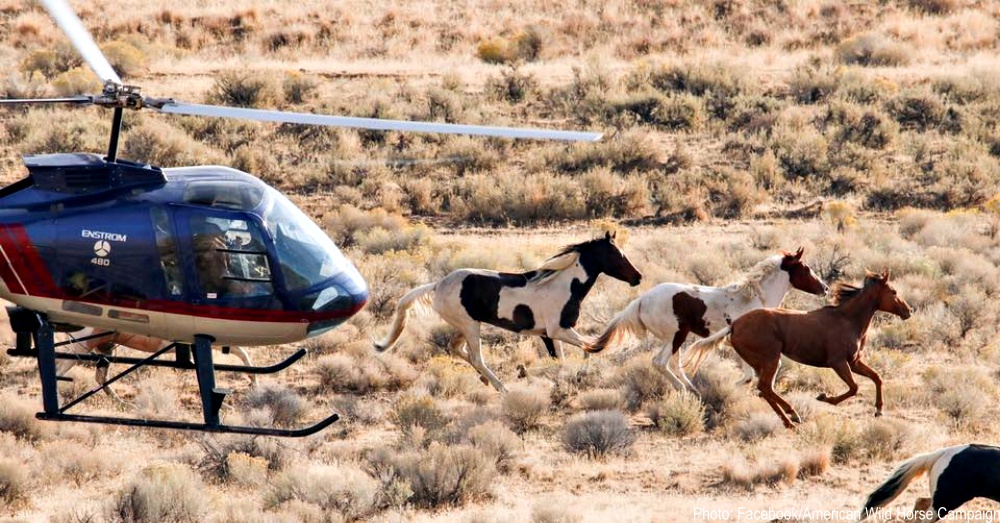 The foals run as fast and hard as they can to keep up with the herd, but cannot keep up. They are exhausted and left behind to be lassoed into a holding pen. It is a heartbreaking site to see, with many horses injuring themselves as they try to escape the holding pens. The brutal way in which they are rounded up has led to many being euthanized.

“There’s a right way and a wrong way to manage wild horses, and the Forest Service is pursuing the wrong way with the mass roundup by helicopter of 1,000 federally protected mustangs,” Suzanne Roy, executive director of the American Wild Horse Campaign states. 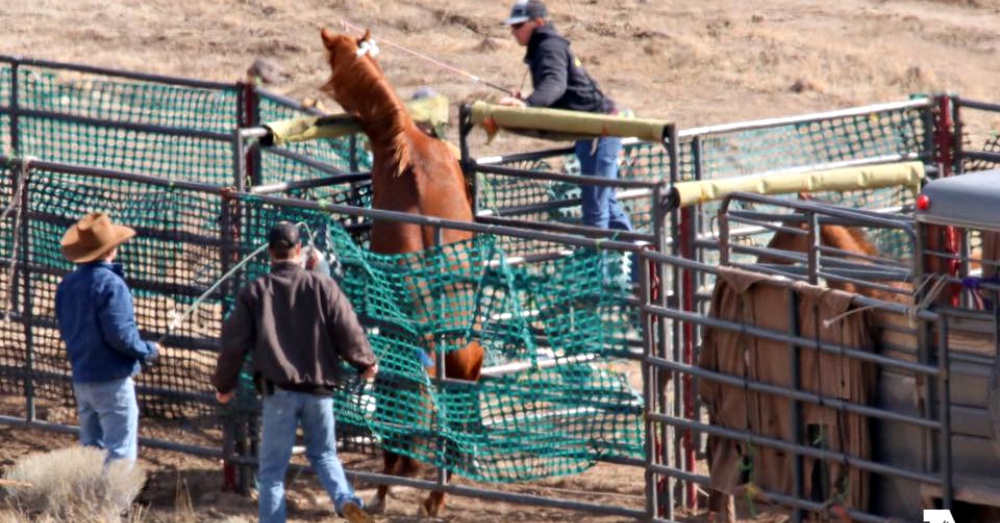 BLM is prohibited from selling healthy horses to kill buyers. However, the U.S. Forest Service is regulated by the US Department of Agriculture, which has no such prohibitions. Once the horses have been at the holding for 30 days and have not been adopted, they will be sold to anyone including kill buyers. 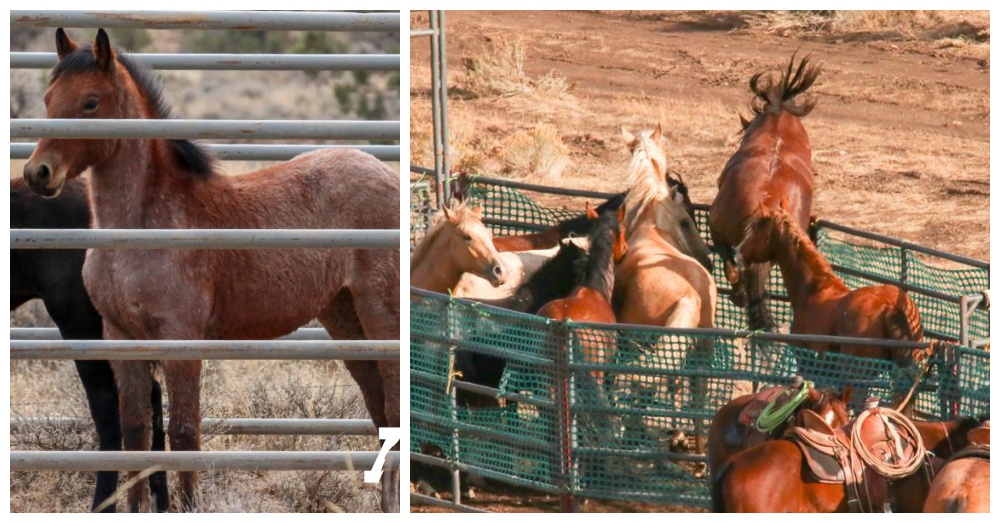 The American Wild Horse Campaign (AWHC) says the government is “exploiting a legal loophole to sell an estimated 300 wild horses ‘without restriction,’ allowing kill buyers to purchase a truckload of 36 horses once a week until they are gone.” 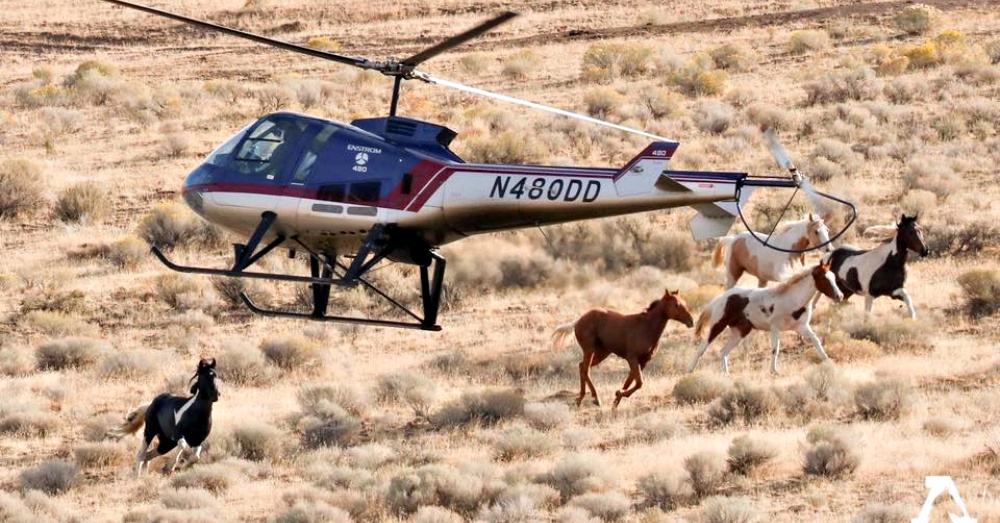 There is a better way to manage wild horse populations. “We are calling on the Forest Service to protect wild horses from slaughter and are willing to work with the federal government to implement humane management, including use of birth control, for California’s largest and most significant wild horse population,” said Roy. 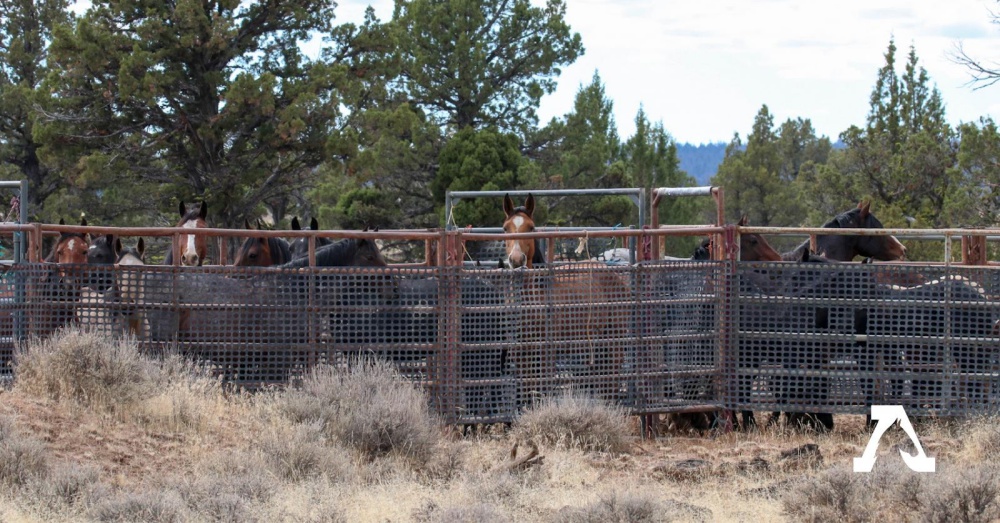 “It’s a sad irony that the first federally protected wild horses in decades to be purposefully sold by the government for slaughter will come from California — a state where the cruel practice of horse slaughter has been banned since the 1990s,” Roy said in a statement.

Terrified Wild Horses Are Being Chased By Helicopters That Hover Just Above Their Heads: Click “Next” below!