California condors are an endangered species with just 160 flying free in California. They are the largest bird in North America and often roost on the branches of tall trees, but a flock of roughly 15 have found an even better place to roost – on the roof and deck of Cinda Mickols’ home.

The giant birds invaded the home in Tehachapi over the weekend and refuse to leave.

Mickols couldn’t believe her eyes when she looked out her window and saw the giant birds perched on her deck. 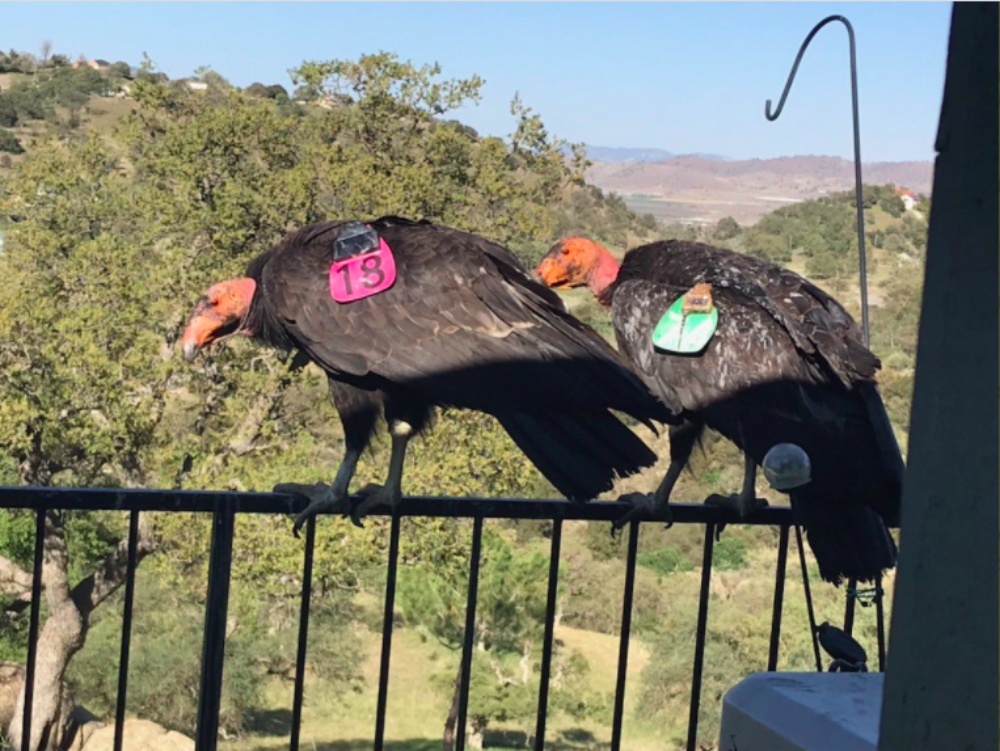 However, they have not been the neatest guests.

Condors are social birds who are rarely aggressive toward one another, but due to their size can easily destroy things. Something Mickols has witnessed first hand.

So far, the rude birds have tipped over her plants, destroyed her spa cover, scratched her railings, and pooped everywhere. 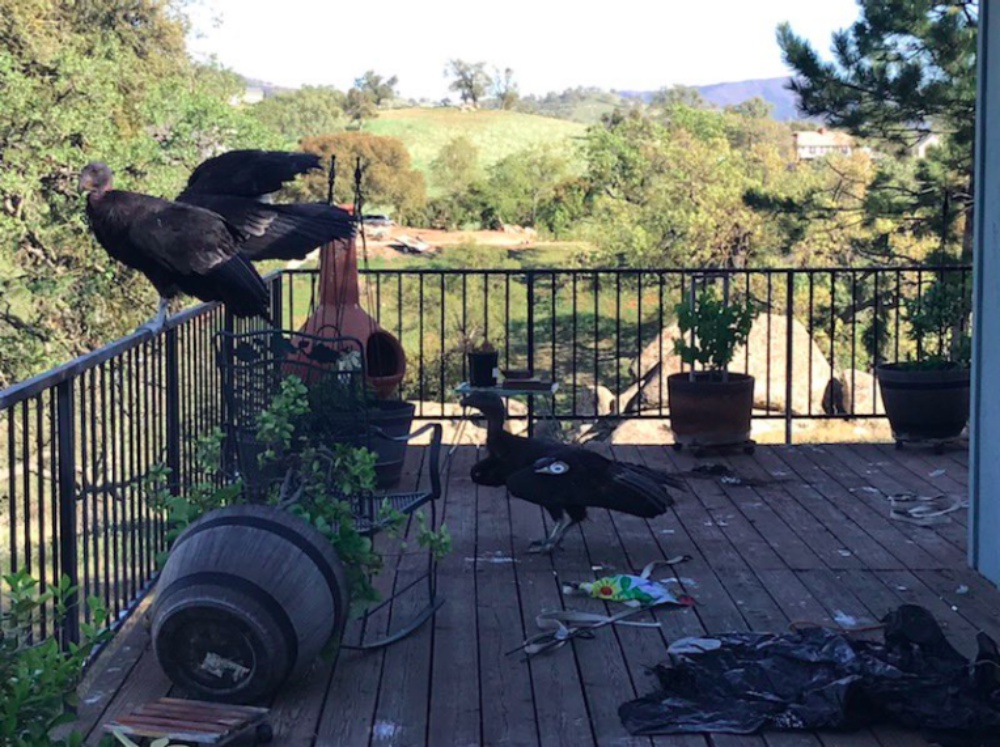 The flock leaves for the day to “do condor things” but circles the home and returns each evening to the dismay of Mickols.

Mickols’ daughter, Seana Quintero, shared photos of the enormous birds and the destruction they have caused on social media. 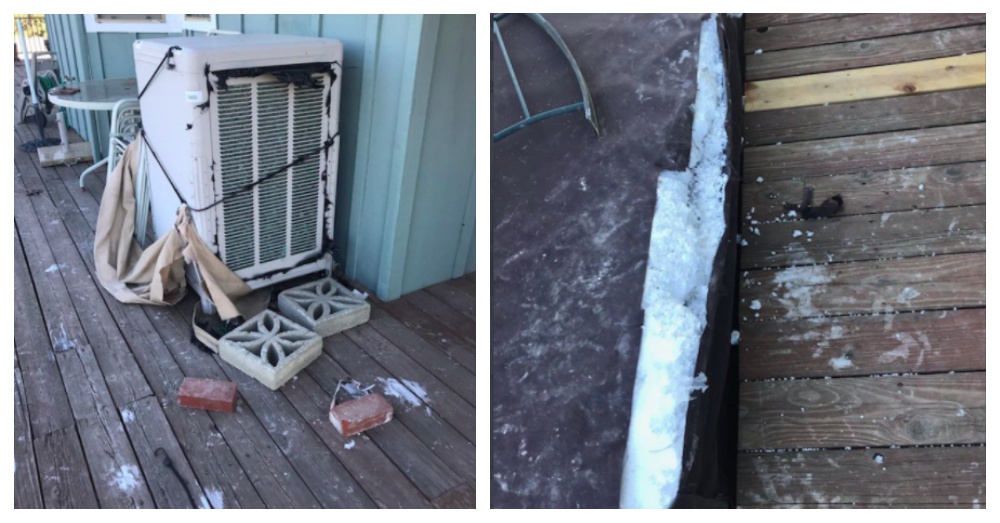 Quintero tweeted, “Over the weekend ~15 California condors descended on my moms house and absolutely trashed her deck. They still haven’t left. It sucks but also this is unheard of.”

She pokes fun at the situation by writing, “Happy Mother’s Day mom, hope you like the condors.”

Mickols has attempted to shoo off the pesky birds by shouting and spraying them with water, but as the sun begins to set, they return.

“She does think this is pretty amazing but also the worst. They don’t have to leave her property but leave the house alone,” wrote Quintero. 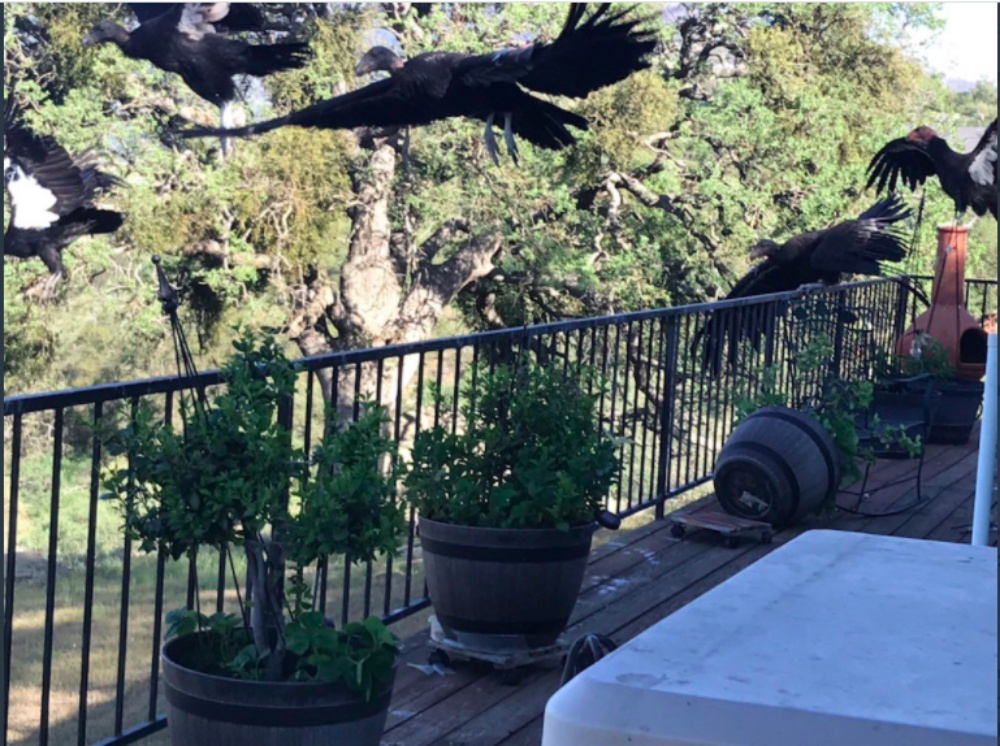 The most recent update states the birds have taken to a nearby tree, but a few have returned to the roof of the home. Mickols scared them off with the hose and they are now resting alongside ravens, to which Quintero said, “I’m not sure how I feel about this bird alliance…” 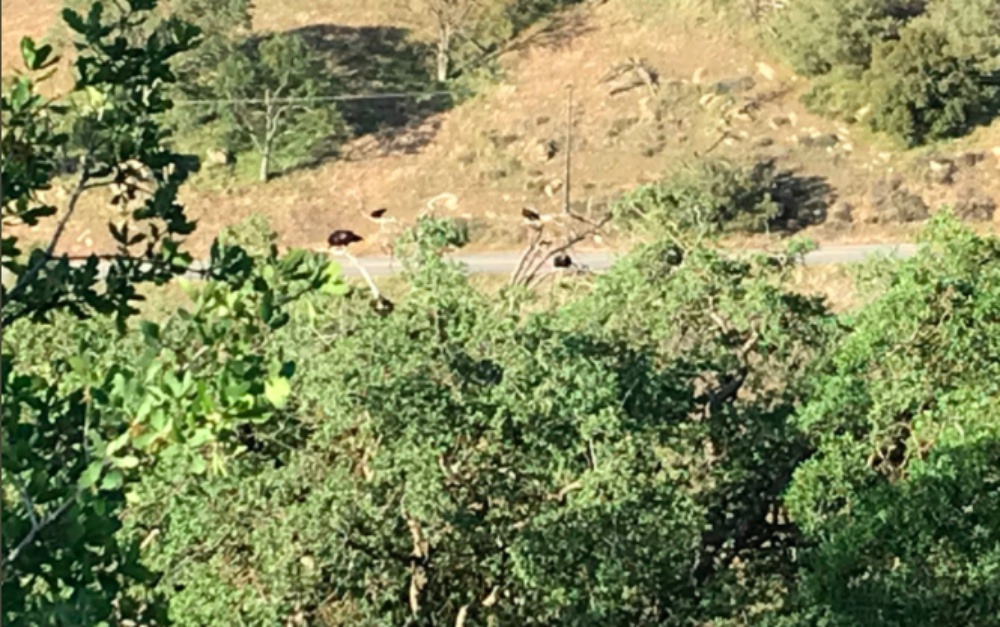 The photos have gone viral with some people offering ideas on how to get rid of the birds, while others are in awe of the large flock.

One person commented, “I’ve lived in California my entire life and only ever seen 1 condor.” 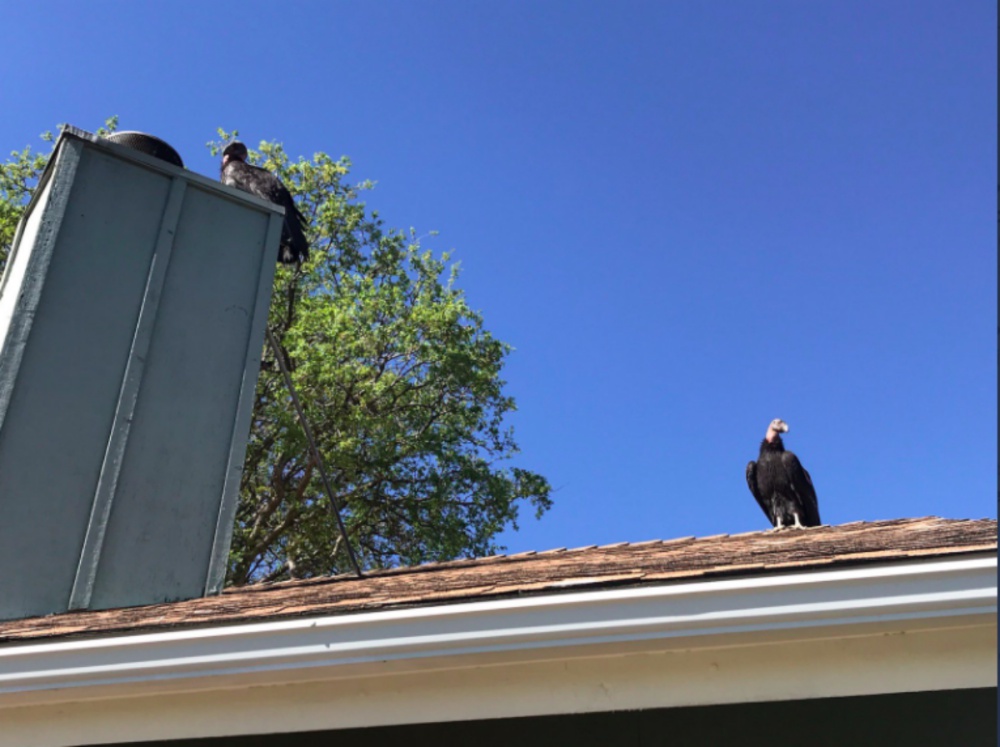 Each of the intruding birds had a tag on its wing. Some wondered if the birds escaped from a zoo, but the tags are used to track the endangered birds.

The U.S. Fish & Wildlife Service tags each endangered bird with a number so they can track and monitor the bird’s and species health and population. “The numbers are issued chronologically; so the larger number indicates a younger bird,” states USFWS. “The color of the tag determines whether the number is in the 200, 300 or 400 series, and so on.”