In May 2015, a Rhodesian ridgeback named Cali was stolen from her family’s backyard in Long Island, New York. Her family was left heartbroken and absolutely devastated, unknown if they’d ever get to see their furry best friend again.

Last week, a Good Samaritan was at a rest stop on the New Jersey Turnpike, when they noticed Cali walking around by herself in horrible shape. She was bleeding, severely emaciated, and needed medical attention right away. 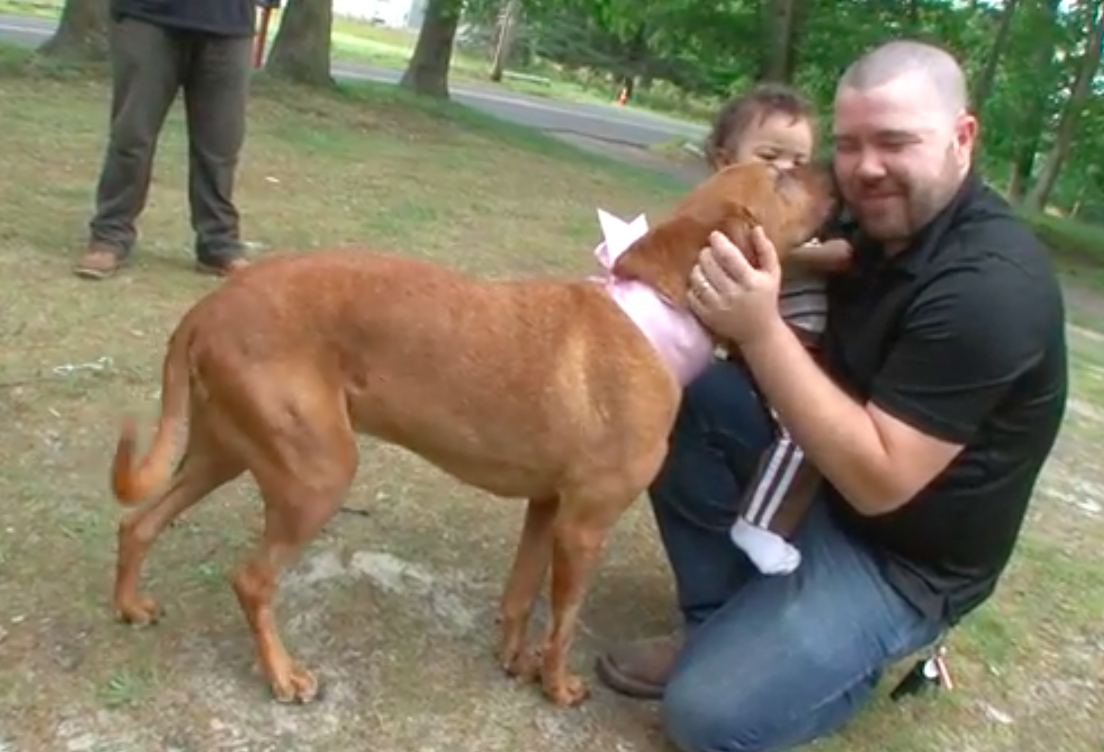 The person who found her brought her to Broken Promises Sanctuary, an organization that takes in abused and unwanted animals. The vet examined her and diagnosed her with terminal nasal cancer. But luckily, they were able to get ahold of the di Bartolo family to let them know that they found their dog.

“I told [the sanctuary], even if it’s for one hour, a day, 10 years, whatever it is, I want my dog back,” Brittney di Bartolo told WABC about her reaction to the news. 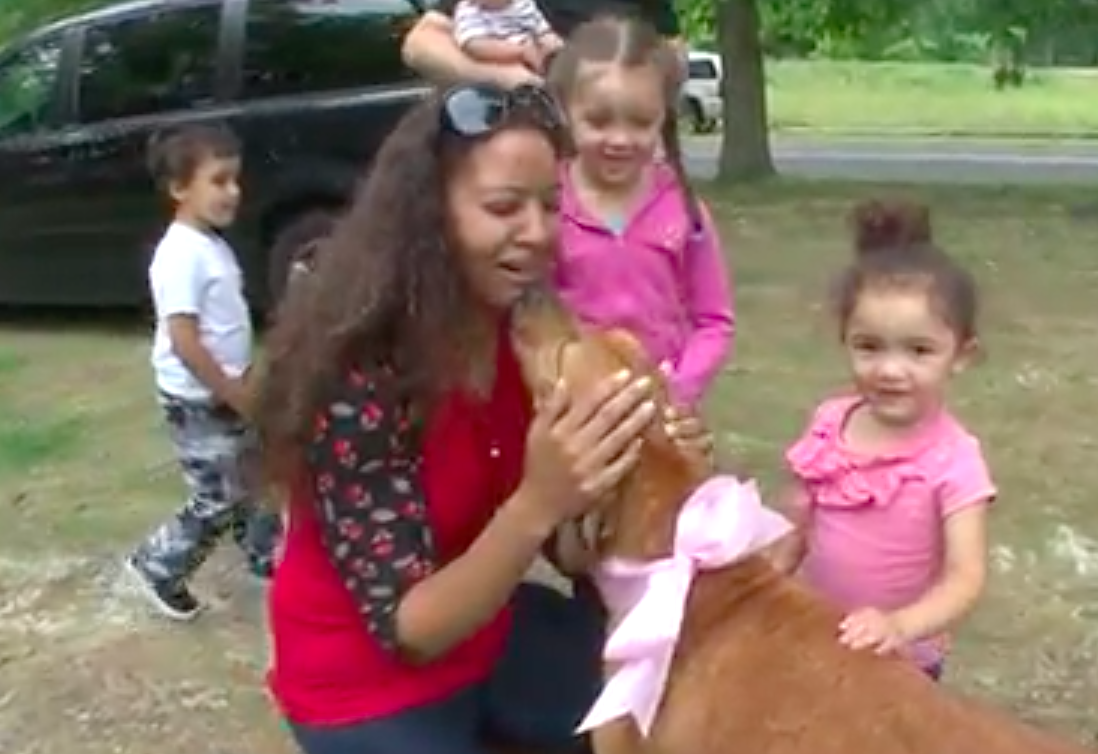 The day finally came. A reunion that was two years in the making. Even after all this time, it was obvious that Cali still remembered them. The second she steps out of the vet’s office and sees her humans, she greets them with tail wags and licks. The family was overwhelmed and gave her lots of hugs with tears of joy in their eyes. 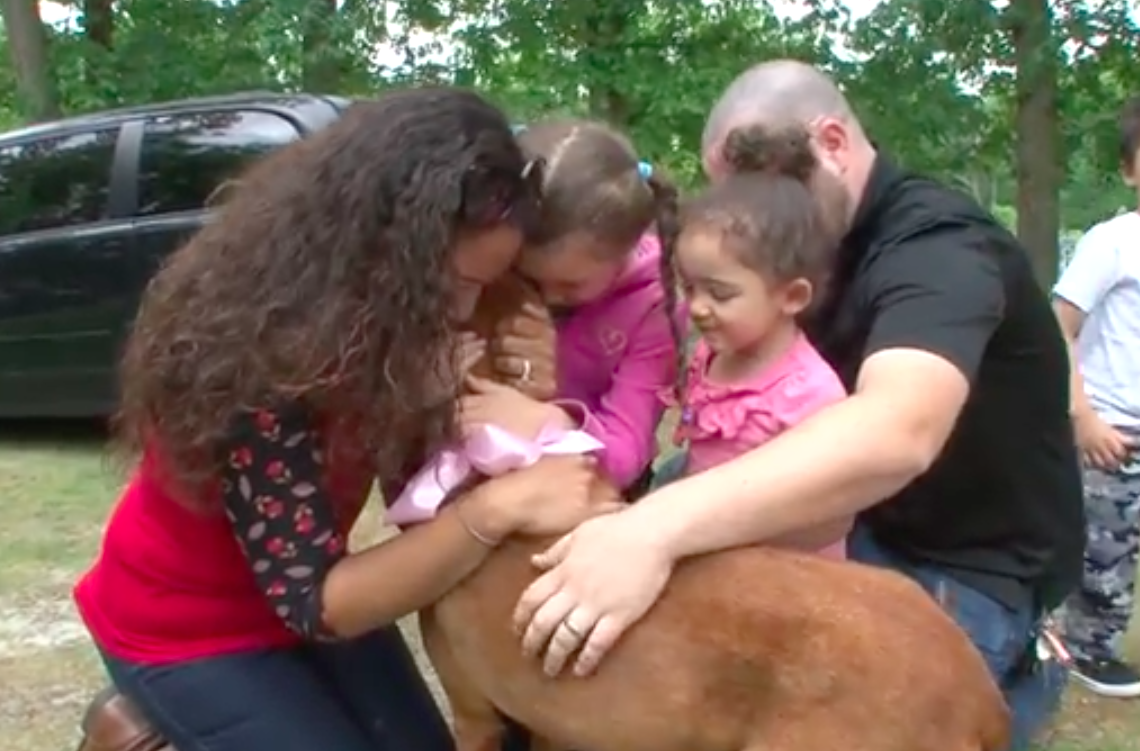 Not everyone is as lucky as the di Bartolo’s in getting their lost dogs back. This is what makes microchips so important!