A lot of people desire a quiet and simple farm life, especially when they grow tired of the noisy and complex city lifestyle. Most importantly, spending time with farm animals will widen your knowledge and give you exceptionally good memories. There’s something about them that makes the whole country life experience more meaningful and enjoyable. You get to treat them like family members and learn about their personalities as if they were humans. You’ll get to witness those animals bond together and become inseparable. 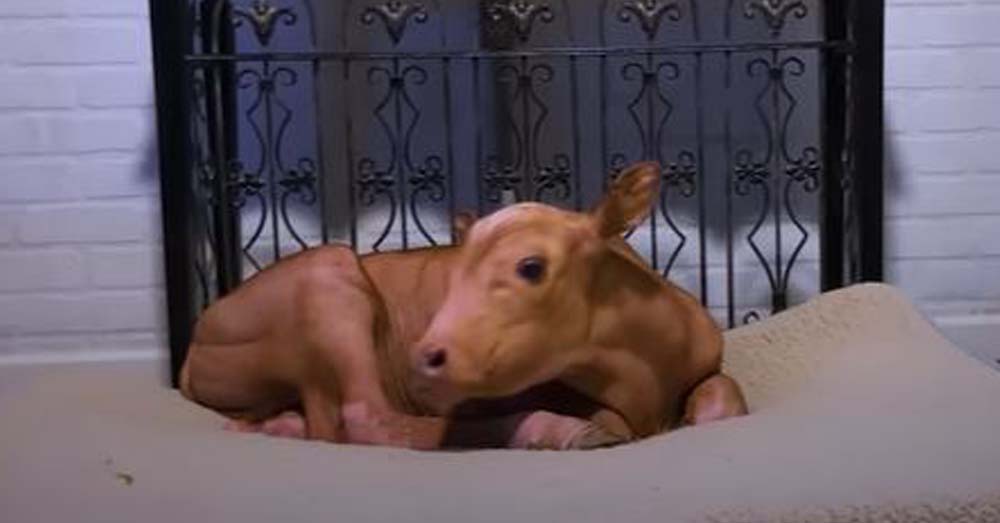 Seeing those animals live the life they deserve on your farm is completely rewarding. It’s the home where they receive care from the new family who treats them warmly — like a friend or a sibling. Iowa Farm Sanctuary is one of those places which served as a loving home to many rescued animals. They are on a continuous mission to provide genuine care and an accommodating shelter. It wasn’t just a refuge, but the farm signifies hope for new beginnings. One of the lives they changed was a calf named Auggie. Shawn Camp from the sanctuary shared Auggie’s life ever since they took him in and his adorable friendship with another farm animal. 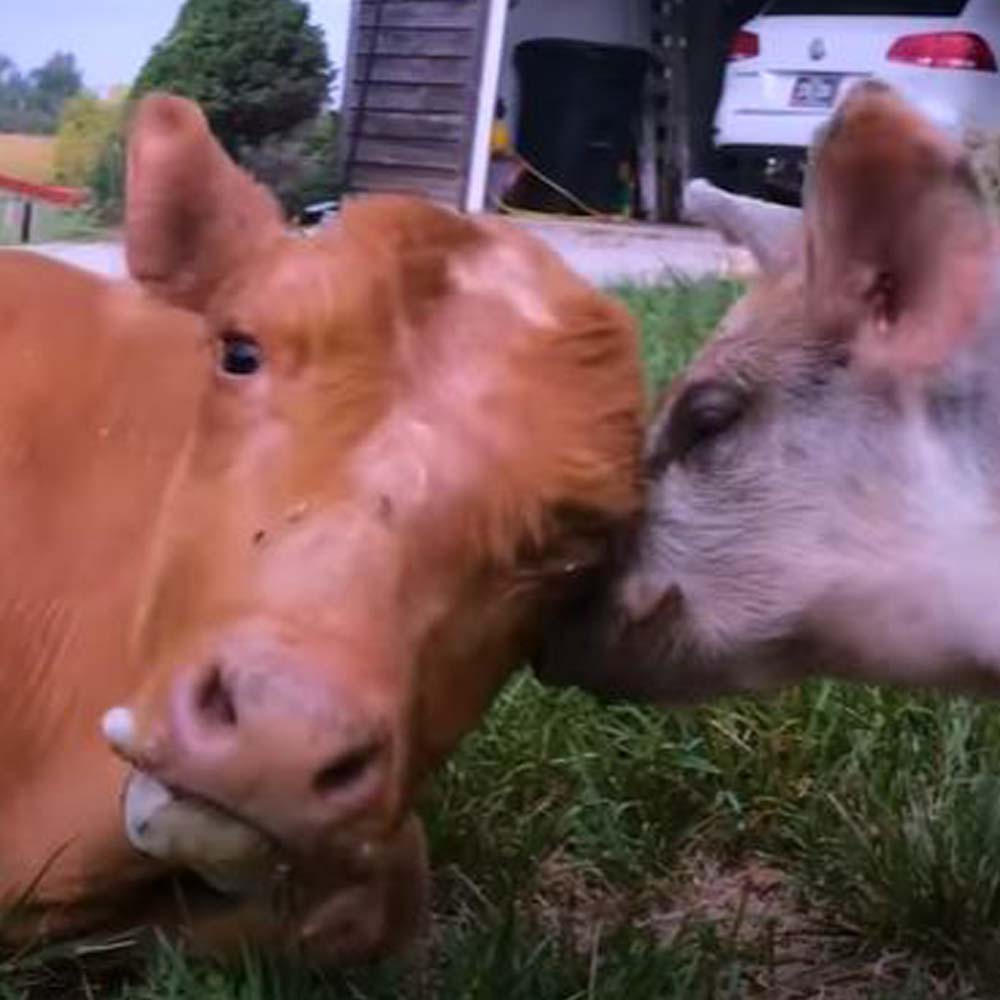 “When Auggie came to us, he was so tiny and was born without any hair. In Iowa, it was cold through May, so for the first four months, he lived in the house because he was just naked and bald,” Shawn explained. “Once he was in the house, Auggie became so spoiled so quickly.” Sometimes they would catch Auggie in the bathroom, grabbing some things from the laundry. Perhaps his curiosity led him there, and Shawn would scold him most adorably. However, the calf wasn’t meant to stay indoors for long, so they started to train him to be a real barn cow.

During the process, they had to ensure that Auggie’s skin wouldn’t be sensitive to the climate, so they gave him a coat and a baseball hat. Training Auggie went well, and he knows how to make friends with the other farm animals. Come late summer, the calf found his friend for life when Shawn brought home a piglet. Lazlo was emotionally traumatized when he was taken away from his mom. But thanks to Auggie, he had someone to graze around during the first four days of his stay at the farm. Day after day, the two grew fond of each other and built a special bond. The duo even has a nickname, Augglo. 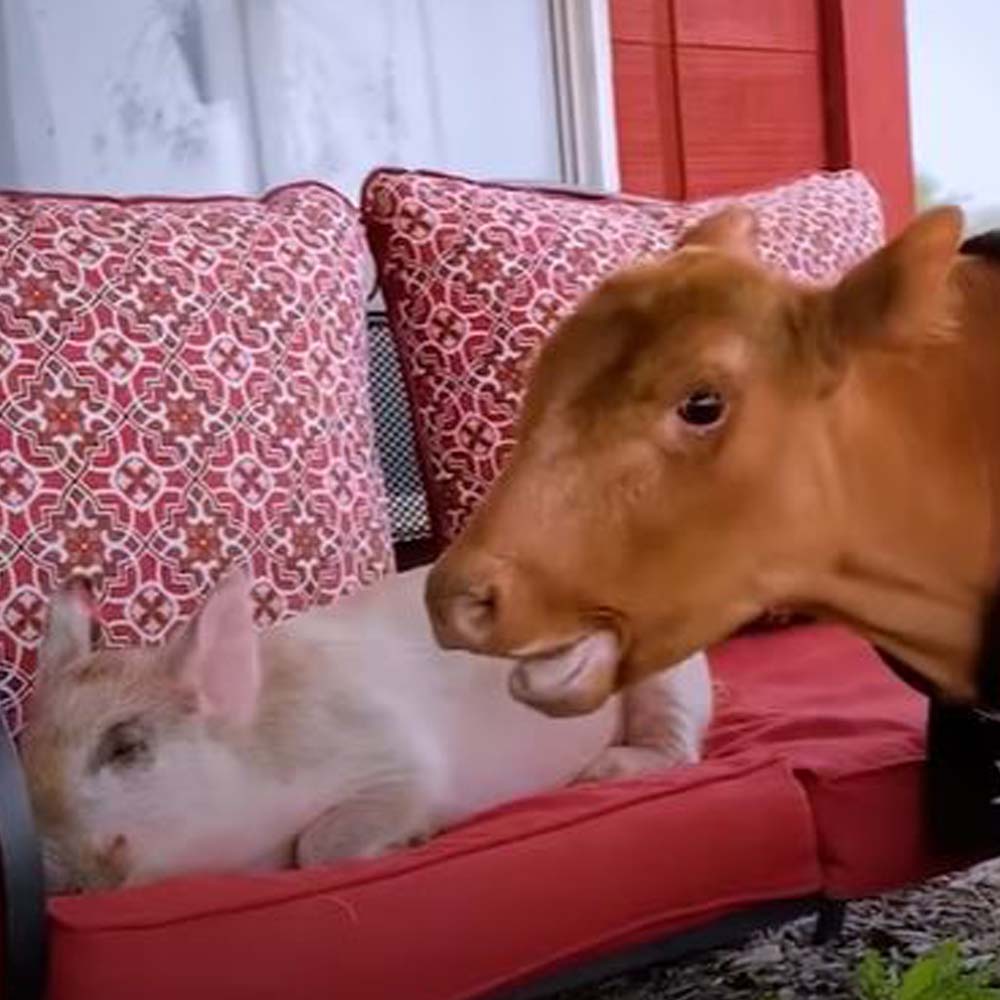 “We thought maybe Lazlo just needed a mom, and because Auggie didn’t have any hair, he kind of resembled a mom pig,” Shawn shared. “In the beginning, Auggie was really a maternal figure. Now Lazlo is in his rebelling teenage years, and because he’s got this bull watching out for him, he knows he’s untouchable,” she added. Farm days became even more fun because of the exceptional duo. They would follow each other every day and run around the sanctuary. Auggie and Lazlo found comfort in their friendship, which you can witness in the video below. You can also learn more about their home by visiting Iowa Farm Sanctuary’s website, Instagram, and Facebook.