After Surviving A Nightmare Where A Short Chain Nearly Strangled Her, Cala Is Living Every Dog’s Dream

It’s a sad fact of life that some animal owners don’t take great care of their pets.

A mechanic was keeping a dog named Cala as a guard dog at his home near San Jose, Costa Rica. He was also keeping her tightly chained up, with little food or water.

At night, when Cala tried to sleep, her head couldn’t even reach the pile of rags she was given for a bed. The chain was too short, and Cala’s head could only hang several inches from the ground.

And when Cala felt sick, her owner did nothing. Cala was left to languish on the short chain. 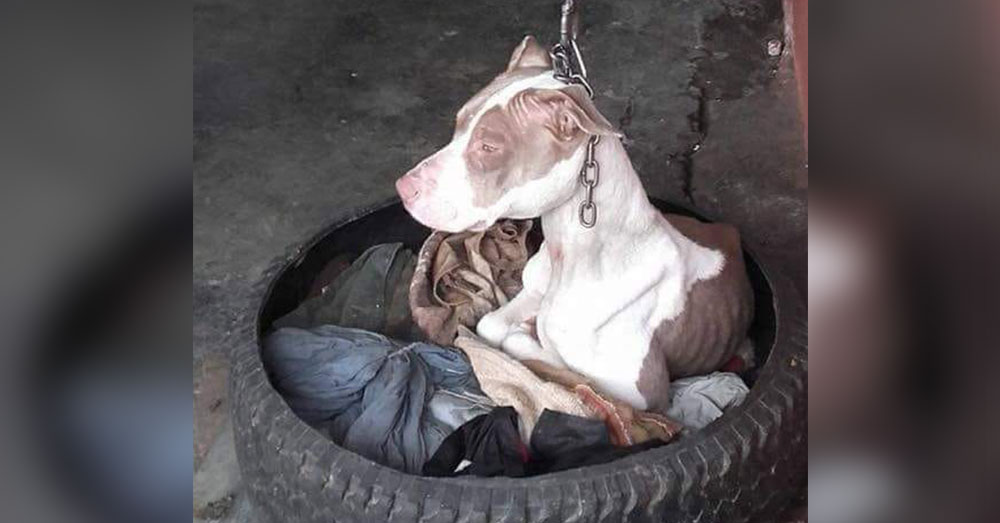 Source: Facebook/Territorio de Zaguates
Cala was kept on a short chain that prevented her from laying down.

According to the Dodo, the mechanic’s neighbors eventually took pity on the dog. They saw she was having trouble breathing, and could soon die if nothing was done. They called the police, and rescuers from Territorio de Zaguates to help Cala out. 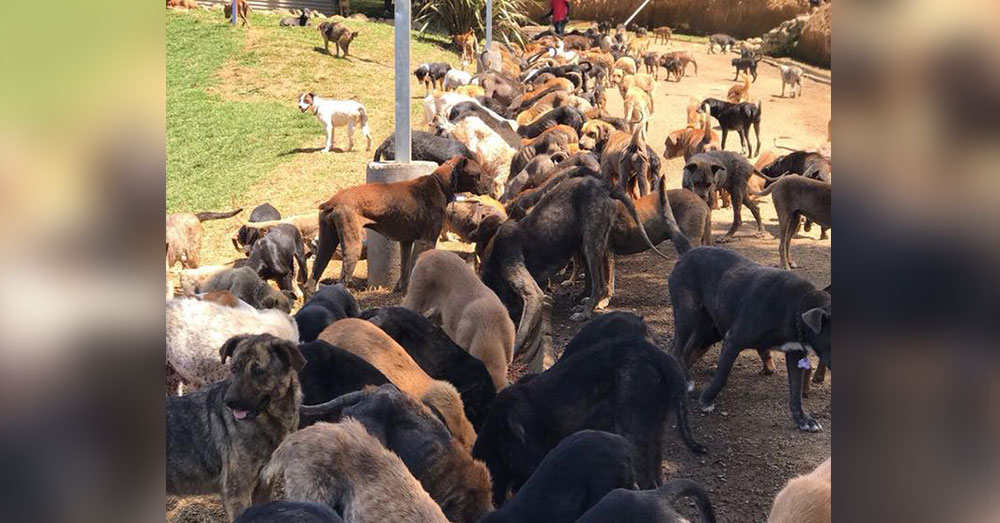 That name may sound familiar to dog lovers. It’s the group that manages acres of land in the mountains above Heredia Costa Rica, about an hour from downtown San José, where hundreds of dogs are cared for, and allowed to run free.

Up until now, Cala had never known such freedom. 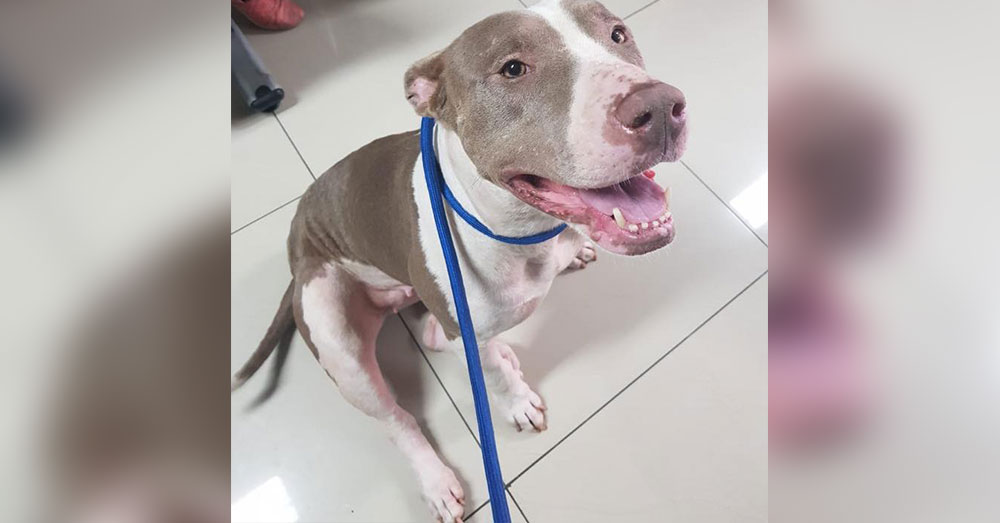 Source: Facebook/Territorio de Zaguates
Cala was malnourished and needed veterinary help after she was surrendered,

“I felt desperately sad and frustrated,” Lya Battle, founder of Territorio de Zaguates, told The Dodo. “The picture I first saw of her showed a pitiful creature robbed of its dignity and ready to give up — a dog whose spirit had been broken and was just waiting for the end to come while living a never-ending nightmare.”

Authorities eventually persuaded the mechanic to surrender Cala. She was taken to a vet, and later, Territorio de Zaguates, where she was able to finally get some restful sleep. 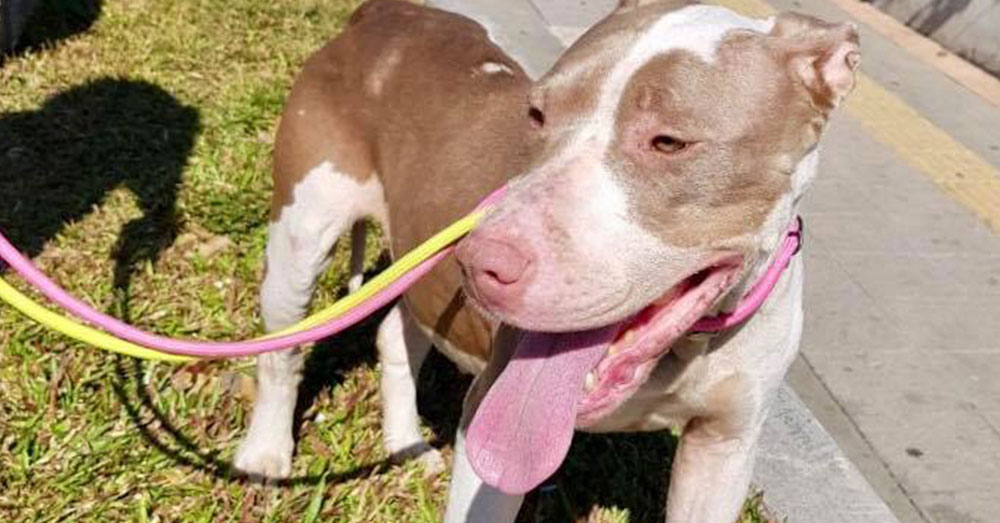 Source: Facebook/Territorio de Zaguates
After she was rescued, Cala took her time in warming up to other dogs.

“Her healing process was slow, and the humans around her still had to cause her pain through the curing of her wounds, especially the gash in her neck caused by years of hanging from a tight metal chain around her neck,” Battle said. “Nursing her was as painful for her as it was for us, but eventually she understood that after the pain came love and treats, so she learned to deal with it like a champ.” 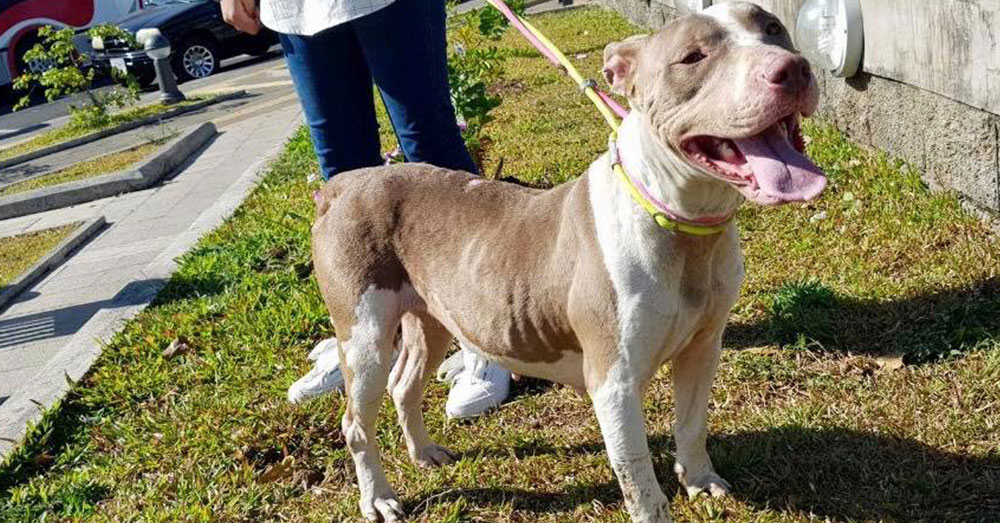 She was skittish at first, perhaps because she had never been around other dogs. But, Cala soon warmed up to the idea of making new friends. Before long, she was playing with the rest of the pack and roaming the green hills of Territorio de Zaguates.

“We saw Cala go from a weak, feeble animal, too depressed to care, to a stronger creature willing to stand up for herself,” Battle said. “With time, we also got to see that willful creature incorporate play and goofiness into her daily routine. With every day that passed, we saw more of her personality come through. She went from fearing humans to trusting them and even ‘bugging’ them for attention.” 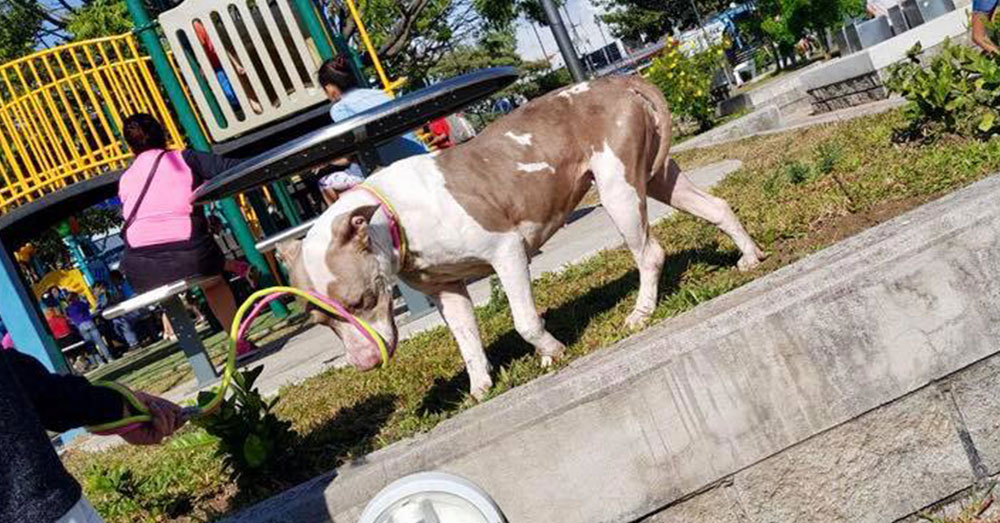 Source: Facebook/Territorio de Zaguates
Cala was almost killed when someone put poison sausages around the shelter.

Tragedy struck the shelter in June, when someone inexplicably planted poison-laced sausages around the facility. At least 16 dogs died after eating the sausages. Cala also ate one, but only fell ill.

“Cala was still alive when we got to her,” Battle said. “Probably her size helped tolerate the dose — that or she only got to a small bite of it. In any case, Cala was saved. She struggled with neurological problems for a while after that but she came around again. She’s just too tough a cookie!”

“I think there are no coincidences in life,” Battle added. “Cala survived years of neglect, years of torture, years of hunger and illness. She was hanging on to life for a reason and she had already found out that life had been worth the long wait when again humans appeared in the picture wanting to hurt her. So although we were devastated by the loss of all the others, that fact that Cala had managed to pull through was just so fitting to her spirit.” 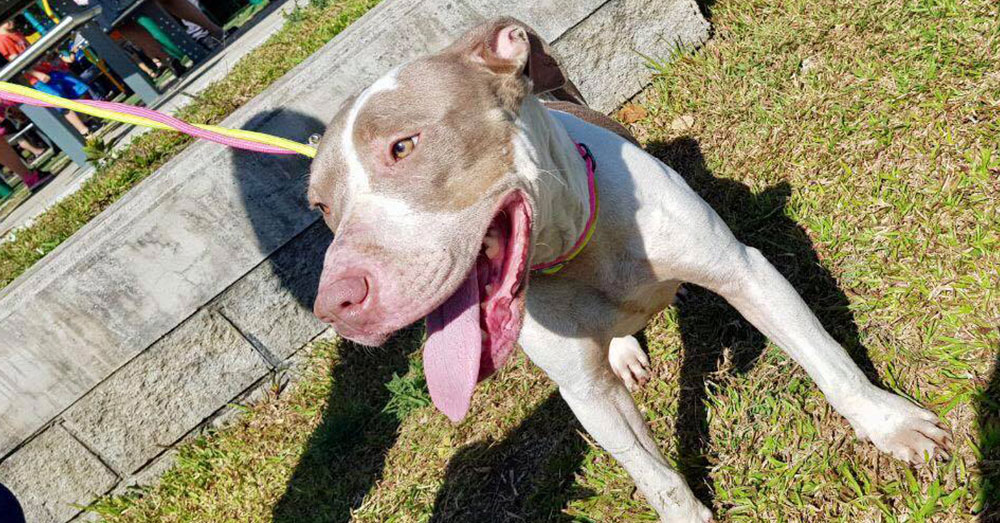 Source: Facebook/Territorio de Zaguates
Now Cala has a bright future ahead, and a loving foster family!

Life is looking up for Cala, who now lives in a caring foster home, no longer hanging her head just to catch a few minutes of sleep. Just as all dogs deserve, Cala is finally feeling loved.

“After years of neglect, torture and imprisonment, Cala seems to be getting all the puppy misbehaving process out of her system and we all think that’s just fine,” Battle said. “She is happy, strong, willful, a bit stubborn, and spoiled by her foster mom and family.

“This rescue is an epic battle of good against bad and of hate against love, and in the end, as it always does, love wins,” Battle continued. “This rescue is the love-wins-don’t-give-up kind of rescue that fuels our stubborn madness a while longer.”